A group of Santas, part of Kaleo's first hosted Clown Academy, rest on the porch outside the dining hall in August. JOE WESTBURY/Index
Posted Tuesday, August 28, 2018 10:04 am
Joe Westbury

A group of Santas, part of Kaleo's first hosted Clown Academy, rest on the porch outside the dining hall in August. JOE WESTBURY/Index

FORSYTH — Camp Kaleo continues to undergo its transformation from a summer camp to a year-round facility. This year it added retreat center to its name.

A few years ago it explored day camps as an option for those who were not interested in an overnight experience. While slow to start, Camp Director Mike Flowers and his wife worked with public schools to reward their best disciplined students with a day in the woods. 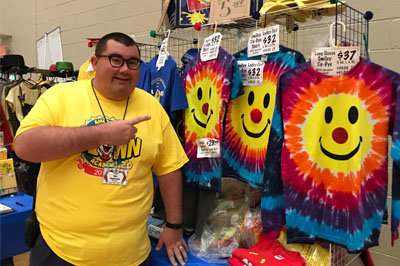 Lee Andrews of Forsyth brought the American Clown Academy 2.0 to Kaleo for the first time in August. It has already booked the event for next year. Andrews is a member of Garden Hill Church in Forsuth. JOE WESTBURY/Index

The number attending from last year has doubled and serves as a break-in period for new staffers who learn their jobs while serving the youngsters. Flowers schedules the public schools in the perfect time slot … just before schools let out for the summer and just before summer camp launches for its full range of activities.

“It’s great on-the-job training for our new staffers,” he explains.

“We get to show them the love of Christ by our actions and invite them to return for another day camp or for an entire week. We have had a good number who responded. I ask parents how they heard about us and they say their child went to Kaleo through their public school and had such a great time they wanted to return,” Flowers says.

Some parents are choosing Kaleo because they don’t want to place their children in a daycare “where they sit around and watch television and play on their electronics all day, rarely getting any exercise or going out doors.

“At Kaleo they don’t stay inside, we get them outside and active with a variety of fun things to do. They can go on hikes, swim in the lake, go canoeing.”

The limited Internet access in the remote setting is also a selling point to the parents, Flowers says with a chuckle. He actually had one 5-year-old girl to hug his legs one summer and, in her own way, say she was rescued from boredom. 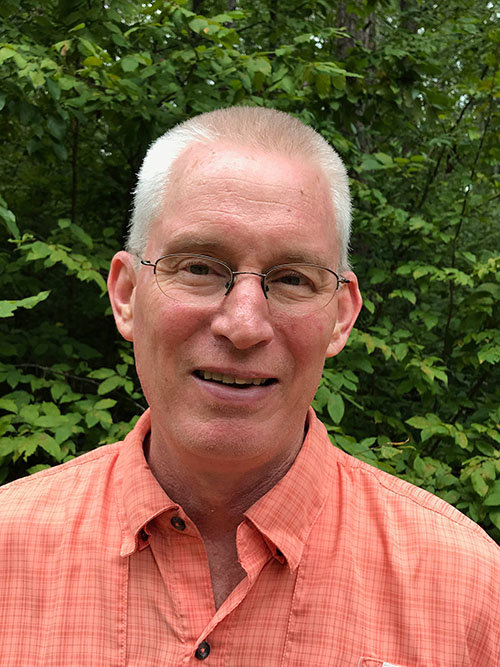 Flowers says the campground’s purpose “is to make Kaleo known in this area so we can make Christ known to those individuals who come. This is how we are reaching the next generation.”

Overall, summer camp is doing well at all, even though he admits it is not as well attended by RAs as in the past. He, as well as others who have studied the trends, believes the era of summer church camps are on the decline. Kaleo is losing its association as an RA camp with fewer churches booking dates as part of their missions education training.

Churches now book a week or a weekend for members of their congregation to attend. Each church schedules its own programming and Bible study. It’s a multi-generational experience which builds unity and strengthens relationships between the youngest and oldest members in a church.

Last year the camp hosted 3,000 guests, up from 2,500 the previous year. By the time the summer had ended 117 professions of faith were recorded.

Kaleo also hosts groups seeking a quiet place to hold meetings. For instance, 110 clowns from across the U.S. and Canada recently descended on the encampment for a weeklong session. They presented new shows to each other, learned better ways to apply make-up and renewed old friendships and built new relationships. 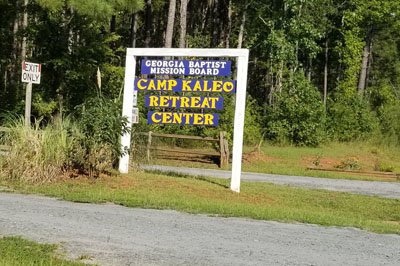 A new sign proclaims the facility as a retreat center. JOE WESTBURY/Index

Lee Andrews, founder of the American Clown Academy 2.0, coordinated the group’s first annual meeting at Kaleo and has already scheduled dates for 2019. Andrews, a member of Garden Hill Baptist Church in Forsyth, praised the helpfulness of the staff and the cleanliness of the facilities.

“I called 19 different camps within a 5 state radius and no one returned by call except Mike. He has gone out of his way to provide us with a wonderful experience for this week,” he added.

“Mike made it very affordable and we were able to pass those lower costs along to our students and, in turn, more of them were able to attend. We had a better than a great experience. We will definitely be back.”