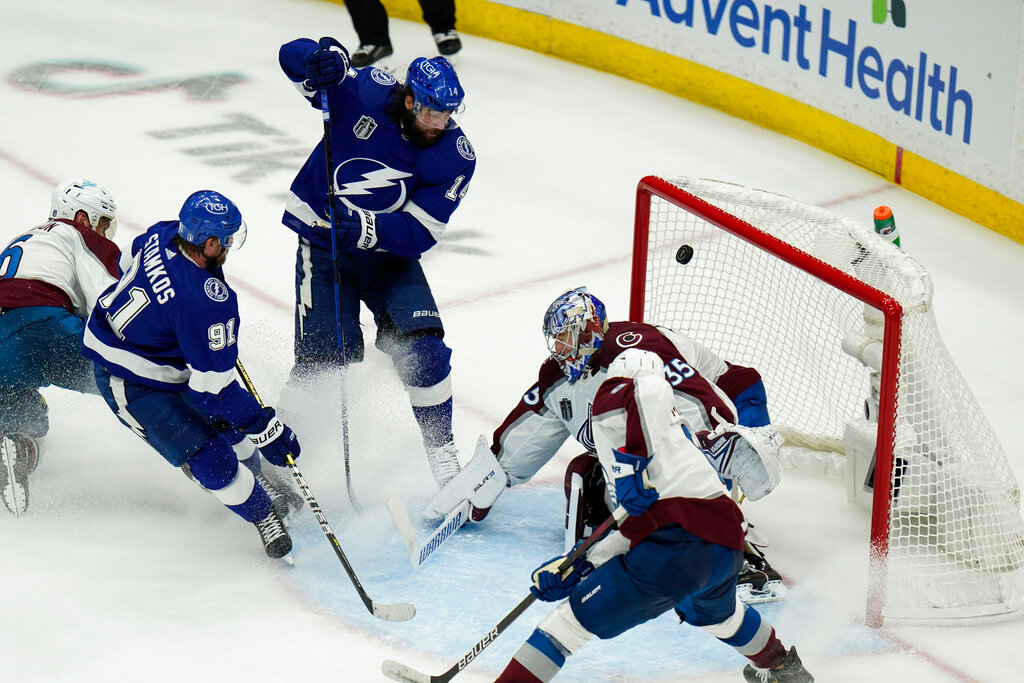 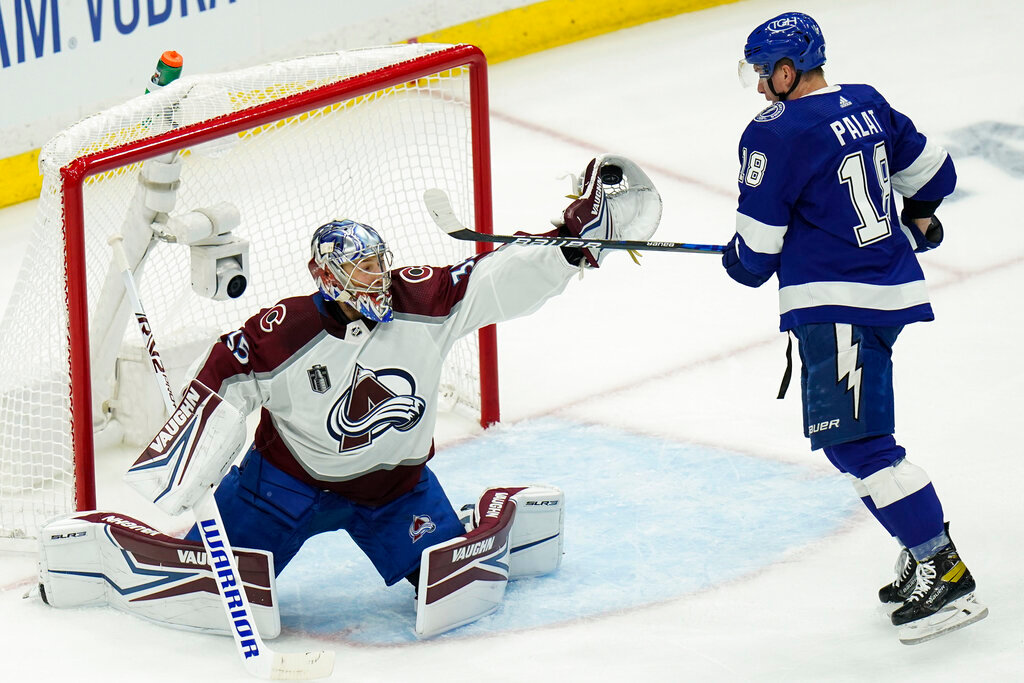 TAMPA, Fla. (AP) — Colorado not only failed to take a stranglehold in the Stanley Cup Final after a 6-2 loss to Tampa Bay in Game 3 Monday night, but also wound up with goaltending questions.

Darcy Kuemper, after rarely being tested in a 7-0 win in Game 2 Saturday night that put the Avalanche up 2-0 in the series, was pulled midway through the second after giving up five goals on 22 shots.

Kuemper left Game 1 of the Western Conference Final against Edmonton with an upper-body injury and was replaced by Pavel Francouz, who was in net for a four-game sweep over the Oilers.

There were discussions about who would start the Tampa Bay series but a now healthy Kuemper got the call and things were going well for Colorado until the Lightning returned home for Game 3 and turned the tables on the Avalanche. After being the team thriving on pressuring the Lightning into mistakes and holding them to 16 shots in Game 2, Monday night found the Avalanche on their heels with a number of bad defensive turnovers that saw Kuemper unable to make the big save on ensuing Tampa Bay shots.

The end for Kuemper came when Tampa Bay tough guy Pat Maroon made it 5-2 with an in-close backhander 11:15 into the second. The goal came after Colorado defenseman Josh Manson made an errant pass from behind the net.

Francouz, 6-0 this postseason, gave up one goal on 10 shots in mop-up duty.

Despite Kuemper posting an 8-3 mark in the playoffs this year, there was immediate speculations about which goalie would start Game 4 on Wednesday night.

Almost forgotten is the fact Colorado leads the series 2-1.