Magnificent Mondays and supplies for Children's Home in People and Places 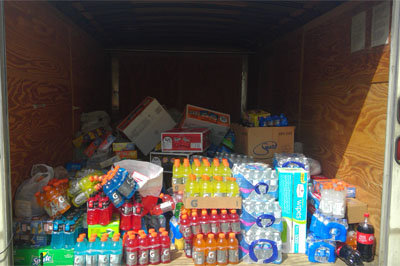 Churches in the Altamaha/New Sunbury Baptist Association took up supplies earlier this year for firefighters battling a wildfire in the Okefenokee National Wildlife Refuge. However, the supplies ended up going to the Georgia Baptist Children's Home in Baxley. "[The firefighters] said they were overwhelmed with supplies," said Greg Bentley, associational missionary. "In a week-and-a-half the churches filled up the trailer plus the back of a truck. It was amazing!"
Posted Thursday, June 8, 2017 4:03 pm
Scott Barkley

A native of Columbus, Brooks was a graduate of Auburn University (1950) and Southwestern Baptist Theological Seminary (1954). In addition to Winterboro Baptist Church in Alpine, AL and Riverside Heights Baptist in Tallassee, AL, Brooks served the Georgia congregations of First Baptist Soperton, Lakewood Baptist in Gainesville, and Woodlawn Baptist in Augusta. He was also active in various positions with Daniell Baptist and Chattahoochee Baptist associations. 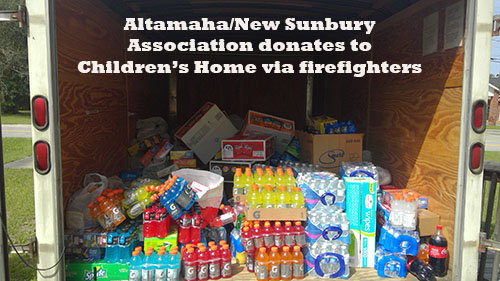 Churches in the Altamaha/New Sunbury Baptist Association took up supplies earlier this year for firefighters battling a wildfire in the Okefenokee National Wildlife Refuge. However, the supplies ended up going to the Georgia Baptist Children's Home in Baxley. "

On May 21 Meldrim Baptist Church in Effingham County welcomed Darrell Bailey as pastor. Bailey had been serving at the church on an interim basis since January.

Luke Folsom was recently called as associate pastor for students and missions at Crabapple First Baptist Church in Milton. Folsom grew up at the church when his father and current Georgia Baptist state missionary, Alan, served there as associate pastor of education in the 90s. The younger Folsom marks four generations of ministers in his family, including alongside his father his late great-grandfather Homer Lee Folsom and grandfather Don Folsom, also deceased.

Homer Folsom was a bivocational pastor throughout the state while Don Folsom served several positions, including as executive director of the Georgia Baptist Foundation and president of the Board of Trustees for Georgia Baptist Children's Homes. Alan Folsom currently serves at the Georgia Baptist Mission Board in Church Administration.

Luke Folsom and his wife, Jacque, have one son, Isaiah, and are expecting a second son in September.