Wellstar announces closure of one of Atlanta’s largest hospitals 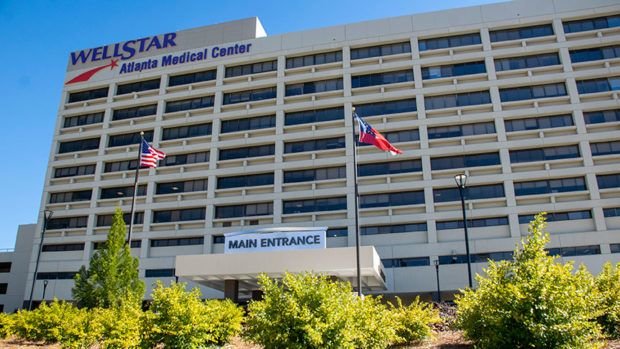 ATLANTA (AP) — One of Atlanta's largest hospitals said it plans to shut down in two months after experiencing more than $100 million in losses over the past year.

Wellstar announced late Wednesday that the Atlanta Medical Center will close on Nov. 1. The hospital operates a busy emergency room and is a vital health care provider for many low-income residents.

"For several years, Wellstar has continued to invest in and operate AMC with significant losses to provide more time to partner on a creative, long-term, sustainable solution for the hospital’s future,” Wellstar CEO Candice L. Saunders said in a statement.

But those efforts, including possible partnerships with government agencies, did not materialize, she said.

Atlanta Mayor Andre Dickens told Saunders in a letter the city was blindsided by the news and needed “immediate information” about the company’s plans and what it was doing to “mitigate the enormous health and economic impacts the closure will have on our community.”

“Atlanta Medical Center is a critical element of Atlanta’s healthcare ecosystem,” Dickens said. “It serves some of Atlanta’s most vulnerable people.”

Wellstar has run the 460-bed hospital since 2016, but a hospital has operated at that location in downtown Atlanta for more than a century. Its 24-hour emergency room has the highest trauma designation and can provide comprehensive treatment for heart attacks, strokes, brain injuries and other serious medical conditions.

Its closure would leave nearby Grady Memorial Hospital with the only emergency room in the city with the same designation.

Governor Bryan Kemp's office said in a statement that the governor shared community concerns about the impact of Atlanta Medical Center's closure and that other hospitals and healthcare providers were in “active talks” about how it would affect their needs and services.

“As they work to make the appropriate adjustments, Governor Kemp will continue to build on the policy innovations introduced over the past four years that have grown access to quality healthcare while bringing down costs for Georgians across the state,” the statement said.

Wellstar said it spent more than $350 million to cover losses and make improvements at AMC since taking over the hospital in 2016. The company operates nine other hospitals in Georgia, but recently moved to shut down the emergency room and inpatient beds at another facility — Atlanta Medical Center South.

That hospital was in East Point, also an area with a relatively high proportion of low-income residents.

Wellstar said in a statement it spent more than $915 million last year in “unreimbursed care” for patients across the region and remains a top provider of charity care in Georgia and the U.S.