Index Editor J. Gerald Harris cause a stir with an early June editorial on Muslims. Recently he accepted an invitation to, and attended a meeting with an Atlanta-based Islamic group.
Posted Friday, July 8, 2016 3:37 pm
Gerald Harris 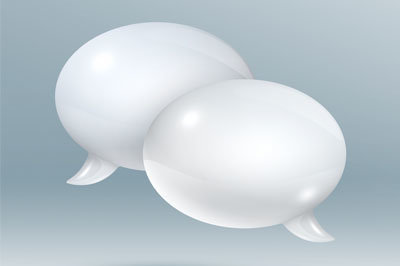 Index Editor J. Gerald Harris cause a stir with an early June editorial on Muslims. Recently he accepted an invitation to meet with an Islamic group in Atlanta.

As many of you know I wrote an editorial on June 6 ("Do Muslims Really Qualify for Religious Freedom Benefits?") that provoked interesting responses from a variety of sources, including a response from Edward Ahmed Mitchell, executive director of the Council of American-Islamic Relations (CAIR) in Georgia.

The purpose of Mitchell’s email was to invite me to an interfaith dinner at the Islamic Community Center of Atlanta. I was not able to attend the dinner, but indicated that I would be willing to attend a subsequent meeting at the ICCA.

This week I visited the Islamic Community Center and was accompanied by two of my Georgia Baptist missionary colleagues, Buck Burch and Marcus Merritt. Mitchell and the other men who had gathered for the meeting were gracious in their welcome to us.

Mitchell, a 29-year-old attorney, led the meeting and presented a lesson on Islam 101. His presentation included (1) What Muslims believe, (2) the Five Pillars of Islam, and (3) Islamic Values.

Among the values Muslims hold dear are prayer and fasting (They pray five times a day.). If Baptists were as committed to those two principles as the adherents of Islam I am confident we would begin to see God work in remarkable ways.

Mitchell was knowledgeable and articulated his beliefs confidently. When he concluded his remarks he invited those who were guests to ask questions.

I indicated that I believed in universal religious freedom, but not absolute religious freedom and that if we could agree on that we had some common ground for our discussion. My questions were:

First, Baptists have long believed in everyone’s right to worship and practice their faith openly as they so choose. It is my understanding that Saudi Arabia will not allow Christian churches to be built in Mecca and other parts of the nation. Would you support giving everyone in Saudi Arabia the right to worship according to the dictates of their conscience, build churches and synagogues, and share their faith publicly?

Second, in countries like Pakistan, there are laws (Section 295c of the Blasphemy Code) that punish any criticism of Muhammad, the Qur’an, or Islam. Of course, there have been those in our own country who have also criticized the same and some American Muslims believe it should be condemned or even outlawed. Do you support complete freedom of speech or do you believe it is wise to condemn such actions in any legal way?

Third, some Muslim countries outlaw conversion from Islam to other faiths. What would your response be to countries that legally penalize such conversions, some even making it punishable by death? (Bukhari Hadith 9.57)

Fourth, how would you feel if someone in your community converted to Christianity? If you didn’t punish them in some way would you not be ignoring the teachings of the Qur’an?

Fifth, do Muslims want to impose Sharia Law upon American communities and cities and ultimately the nation?

Sixth, Christians base our beliefs in the crucifixion and resurrection of Jesus, something rejected by Islamic sources (Surah 4:157-158). What historical evidences do you consider most important than denies the crucifixion?

Seventh, what do you think is the most powerful evidence for others to consider in order to become a Muslim?

Eighth, if Islam is a religion of peace why does it seem there is such silence among Muslims when militant Muslims terrorize cities and countries all over the world?

Ninth, is there anything that would convince you to become a Christian?

Mitchell responded to each question with kindness and patience. As a Christian I did not believe in most of what he said, but it was obvious that he believed it. In the end we agreed to disagree. We didn’t convert him to Christianity, but he didn’t convert us to Islam. However, I would like to think of Edward Ahmed Mitchell as a friend.

He replied, “I would want to review the bill, but yes, it is possible that we could work together in the future, so long as such a bill promotes liberty without wrongly discriminating.”