Mike Stone: A Convention in decline or on Mission Possible?

WARNER ROBINS — Outgoing Convention President Mike Stone used his sermon on Tuesday afternoon to challenge Georgia Baptists to “go forth” through an open door to reach their world for Jesus Christ.

In a sermon titled “Convention in Crisis,” the Blackshear pastor drew his observations of the state of the denomination from his experience on both the national and state level. Stone is chairman of the Executive Committee of the Southern Baptist Convention as well as completing his first year as president of the Georgia Baptist Convention.

Due to a full schedule in his church and as well as in denominational service, he did not seek a second term as Georgia Baptist president. Yet, his service on both levels has given him a unique perspective on which to address the future of the denomination.

More churches, more money, but a Convention in decline

Stone observed that while Southern Baptists have more churches than ever before and giving to missions has never been higher, the denomination is baptizing fewer individuals since the administration of President Harry S. Truman in the early 1950s.

“We are a shrinking denomination,” he said matter-of-factly.

“In our own state convention last year our evangelism department reported that 48% of our churches … of our 3,600 churches … baptized no one all year long. That’s 1,700 congregations who baptized not one individual,” he noted.

“Not one man or woman led a co-worker to faith in Christ, not one teen led a peer to Jesus at ball practice or on the way to a ball game, not one church led a child to Christ through Vacation Bible School.

“And 500 additional churches baptized 2 or less the entire year. When all that is added together you have nearly 2/3 of our churches who baptized 2 or less over a 12 month period.” Stone then said he needed to be candid and acknowledge that many churches that are experiencing numerical growth are simply swapping sheep rather that reaching goats. 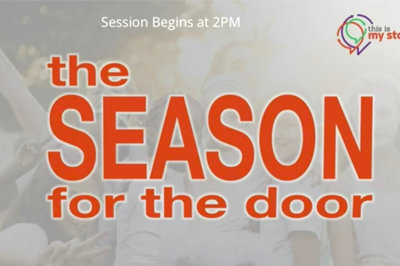 “Statistics show that 20 years ago Georgia Baptists averaged 11 baptisms per church, but now that has been cut exactly in half to 5.5. If Solomon was correct in saying that he who wins souls is wise, then we are becoming an increasingly unwise people.

The Emmanuel Baptist Church pastor then turned to I Corinthians to explain how the Apostle Paul dealt with an “open door for effective service” (opportunity) and why he could not be distracted by visiting another group of churches at that specific moment. Paul could not be sure when the open door would close and he could not take that risk because there were “many adversaries” working against him.

Stone then explained the open doors which are present and the adversaries that will prevent dedicated believers from seizing the opportunity for “effective service.” He then offered 4 thoughts about the open door “which are answers for the crisis which we are facing.”

Firstly was the season in which the open door occurred. Paul was sensitive to the leading of the Holy Spirit and knew that if he did not walk through that door it may not remain open. There are some things … like a season for deer, or duck, or doves … that you never get back once the opportunity has passed.

Paul clearly understood the role of personal responsibility. “I ask you tonight, ‘If not you, then who? If not now, then when? When are you going to be busy sharing the Good News of Jesus Christ?’”

Secondly, Paul said something about the size of the door … it was wide open. 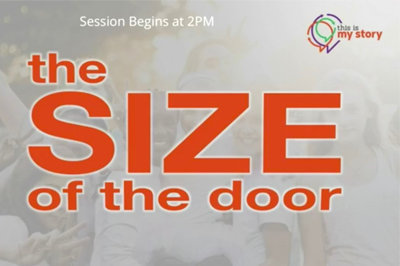 “In the This Is My Story initiative we are launching this week, we have a wide open door for ministry.

He noted how the Department of Education stated there are 2 million students in grade schools statewide. Stone then drove home the point that most are completely unreached by Georgia Baptist churches … and that last year those churches baptized less than 1% of that number, even when adult conversions are included.

He then reminded the crowd that 80% of Georgians will not be in church this Sunday, or the next, or the next. Right here in the Bible Belt, he continued, 6 in 10 individuals have no church affiliation.

“I encourage each of you here tonight to go to the website to register your church and let’s see if we cannot release tens of thousands of young, hot-hearted evangelists into our state’s classrooms, ball fields, and neighborhoods. The harvest is plentiful and the door is wide open.”

Thirdly, Paul admonished that God is sovereign over salvation. 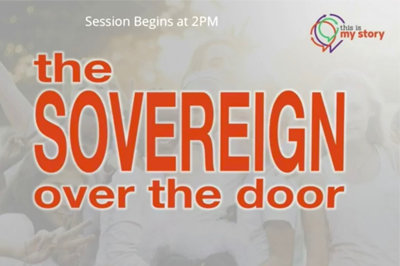 Stone then acknowledged that he was aware that for the past 15 years the denomination – state as well as national – has been embroiled in a theological debate “but I want to say that one thing I think everyone in this building can agree on is this: that the sovereignty of God in salvation means a lot of things but one thing it definitely means is that I can’t save anybody. If the door is to be opened, if the opportunity is to be presented, it has been presented to us by our God.”

Stone continued by acknowledging that more than anything else, even more than a new initiative which is helpful, what he needs is “a fresh encounter with a Holy God; to see the power and presence of a Holy God in my life.”

What God is looking for is Sunday School teachers who will say they have studied and want to be a worker “rightly dividing the word of truth” but if He does not show up in their class, nothing of eternal significance will happen. God will use musicians, church leaders … anyone who has humbled themselves and is ready to walk through that open door with the power of God.

“We need God to send the Pentecostal power so that the sinner can be converted.”

Fourthly, Paul noted something about the Sovereign over the door and the strategy against the door. In verse 9 he referenced there are “many adversaries” working against the open door. 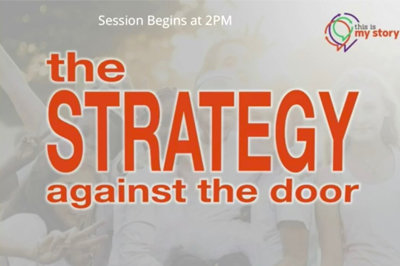 “I guarantee you that if you accept this challenge tonight, the devil will not take your commitment lying down. Even while we are here at Second Baptist Church for our two-day meeting, he is in his war room planning a strategy to scheme against you.

“A Convention that is not overcome by any of these adversaries is a Convention on Mission Possible.”

2018 GBC annual meeting, This Is My Story