Mission team members happy to be home, but ready to return to Haiti 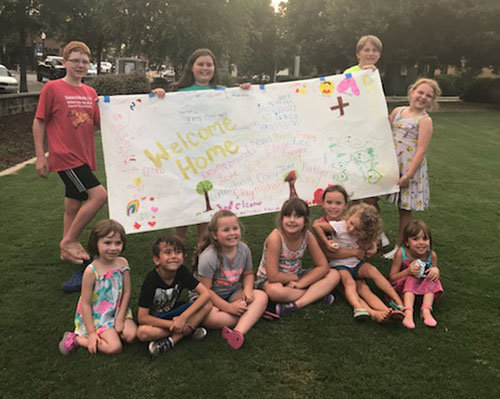 DULUTH — Two Georgia Baptist churches whose mission trip stays were extended in Haiti due to rioting asked for prayer in the nation where they say much work is still to be done.

“It’s a pleasure to be here to speak with you, and in a strange way it’s not,” Archie Rish, discipleship pastor at GracePointe Church in Douglas, said to attendees Sunday morning at the start of the first of two Haiti Share services that day.

“I must be truthful to you. Haiti has changed our lives forever. We’ll never be the same,” he continued. From there, several members of the team testified to that statement on-stage with Rish the rest of the service.

Rish led a group of 36 missionaries from the church who flew home July 10, three days after their expected departure. They were in the country working with Baptists 4 Haiti, a long-term missions response to Haiti that grew out of Georgia Baptist Disaster Relief work following the nation’s devastating 2010 earthquake. Baptists 4 Haiti director Roland Norris and his wife, Mary, joined the group in leaving but will return soon to continue the ministry.

In the northern part of the state, Pastor Jason Webb of Mt. Olivet Baptist Church in Hartwell also spoke of his mission team’s experience after being stuck five days beyond their planned departure date.

“Our hearts are full and my mind is racing on all that’s happened,” Webb exclaimed as he opened the church’s 9 a.m. service. He soon addressed the issue of safety and God’s plan.

“We were as safe in Haiti as we were in Hartwell,” he stated. “God doesn’t allow anything to happen that shouldn’t.”

Both Rish and Webb pointed out unexpected ministry benefits to staying longer. For Webb, that came in his opportunity to reconnect with an old friend who was pastor of a church in the mountains. In a location with no security concerns, Webb preached at the church’s Wednesday night (July 11) service. 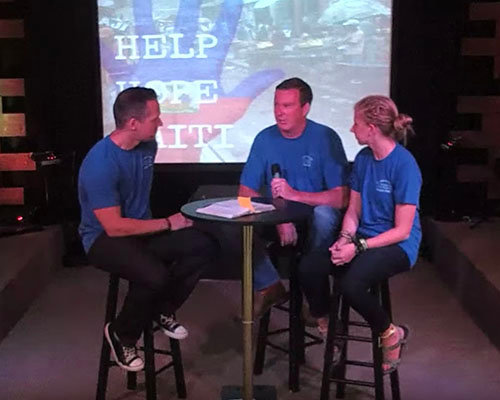 Rish noted a realization for GracePointe members when it set in they couldn’t leave as planned. Haiti’s poverty and political instability only grew their love for the people they served.

“The day we found out we were going to be stuck there, a theme emerged for our team,” he recollected on Sunday, quoting a song worshippers had finished singing moments earlier. “Jesus, Jesus you make the darkness tremble. Jesus, Jesus, you silence fear.”

Norris has been trusting God since beginning Baptists 4 Haiti in 2012. But like other international ministry leaders, he knows it’s wise to pay attention to local authorities. The July 9 Level 4 alert issued by the U.S. Embassy, still in effect, dissuades Americans going to the country for the time being. As a result, he and his wife will remain in the United States temporarily.

“As soon as the advisory is lifted we will resume bringing in teams and continue our ministry of helping the pastors in discipleship of their people,” Norris added.

Plans were already underway to accommodate more groups wanting to join in their work, Norris pointed out.

“We’re in the process of building a new team house. … So, as soon as the advisory is lifted we’ll be looking to bring in more construction teams to work alongside our Haitian construction team.” 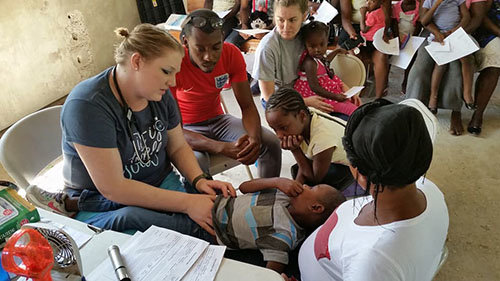 The site for Baptists 4 Haiti, Leogane, didn’t experience the same violence as more populated areas, he said. Norris urged Georgia Baptists to continue to pray for stability in the Haitian government, as the prime minister has stepped down. “Pray the appointee will be a person of God who will lead this nation on the path that God will be pleased with,” Norris requested.

Webb vouches for the willingness of those from Mt. Olivet who just returned.

“They all say, without a doubt, they’d go back in a heartbeat,” he said. “ strengthened their resolve and has shown that if God is for us, who can be against us?”

GracePointe mission team members Joe Merritt and his daughter, 15-year-old Jayden, talked about their experience Sunday morning. Jayden would not be deterred from her calling to go and tell the gospel, she told her father. She plans on going on missions again.

And where will she go? Haiti.