More than talk: church hosts cookout for police and community

JACKSON --- Voices belonging to black men and women mixed with those from white men and women. Growing louder, the noice attracted the attention of law enforcement.

And when the smoke cleared, they ate. They talked. They played. They laughed.

Towaliga Baptist Church's pastor Jason Sanders, like many of his peers, carried a burden from the increasing tension of stories nationwide involving police, local communities, and the role of race. So, like others he began to look for an answer, if only a temporary one. Ignoring the obvious cliche, the Baptist pastor in a small Georgia town turned toward eating.

"I know. What a shock," Sanders wrote on his blog two days later. "Baptists planning something involving food."

What followed, he wrote, came to be one of the highlights of his ministry thus far. 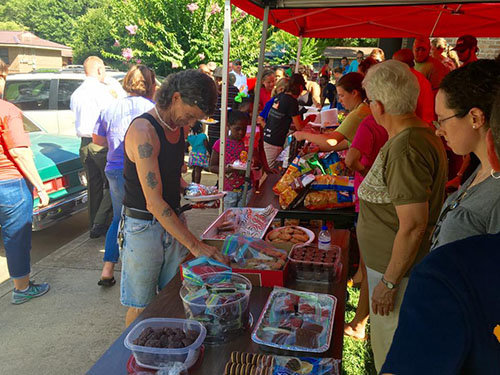 Sanders wasn't sure how many actually attended (give him credit for going against the cliche there, as pastors aren't known for playing down numbers), but noted there were few leftovers from food prepared for 400 attendees.

When CNN, Fox News, or a radio host play the biggest part in shaping your perspective of the world there's an effect, Sanders said. Face-to-face discussions reveal more that draws us together than keeps us apart. Fans of Willie Nelson can get along with those of Al Green. While discussions were cordial, law enforcement also made themselves available to handle more serious questions and topics.

Today, even, police nationwide mourn the death of another officer, this one in San Diego. With a country on edge, Sanders said it's time for the gospel to take on form. 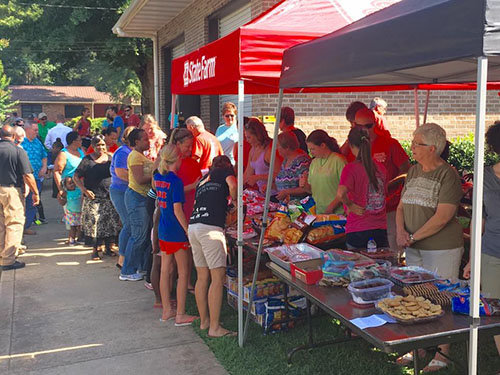 "If ever there was a time for the Church to be what Jesus called us to be, it’s now," he said. "If all we ever do is pick sides in a divisive culture, all we’ll ever bring the culture is sugar and more darkness. Jesus calls us to be salt and light.

"When we are obeying his command, we care less about proving a point or electing our guy than we do loving our neighbor. And if you really want to love your neighbor, you have to go to your neighbor. I think that the Church forgets that sometimes."

On this day residents of the Jackson Housing Authority ate alongside personnel from the Butts County Sheriff's Office, Jackson City Police, and county Fire Department. Sanders lost count on how many came up to him afterwards, expressing their appreciation to the church. But, he didn't miss the common sentiment. This needed to be done more often. Let's have fewer angry social media posts, more of being in the company of someone else. Especially if that someone else's background doesn't match our own.