National Day of Prayer: Unity in nation, among churches 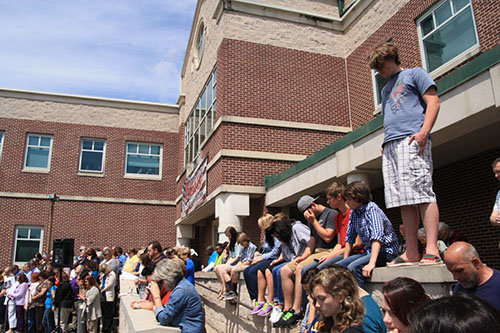 The crowd at the Bartow County courthouse stands together to pray during the National Day of Prayer 2014. SCOTT BARKLEY/Index

WASHINGTON (BP) — Unity across the nation and among churches spanning all denominations, generations, races, and cultures is the overarching plea of the 2018 National Day of Prayer, scheduled for May 3.

Mobilizing people across the nation in public prayer events May 3 – capped by a nationally televised and livestreamed prayer service at 7:30 p.m. (Eastern Time) at the U.S. Capitol Building – is the day's goal, event president Ronnie Floyd said at nationaldayofprayer.org.

"America needs God now, more than any time in our generation," said Floyd, pastor of Cross Church in northwest Arkansas and former president of the Southern Baptist Convention. "America is broken. Division is undeniable and unity is missing. Racial tension is alarming. Lawlessness abounds. Reconciliation appears impossible. Government cannot fix us. Politics will not heal us."

"Pray for America – Unity" is the 2018 theme, based on Ephesians 4:3, with event participants encouraged to address statewide, regional and national concerns, Floyd said in one of several videos at nationaldayofprayer.org.

"There's at least one thing we can all agree on today: America needs prayer," Floyd said. "The National Day of Prayer is biblically based, Jesus-centered and Holy Spirit empowered."

SBC Pastors' Conference President H.B. Charles will be a main speaker at the national observance, Floyd told Baptist Press, and Floyd will interview First Baptist Church of Sutherland Springs pastor Frank Pomeroy, whose congregation is recovering from the mass murder of 26 worshipers during a November 2017 Sunday service in the small Texas community. Going Beyond Ministries founder Priscilla Shirer, National Hispanic Christian Leadership Conference president Samuel Rodriguez, and other evangelical leaders will participate in the program.

Floyd said the National Day of Prayer "has thousands upon thousands of gatherings across the nation on May 3," many of which are listed at nationaldayofprayer.org. 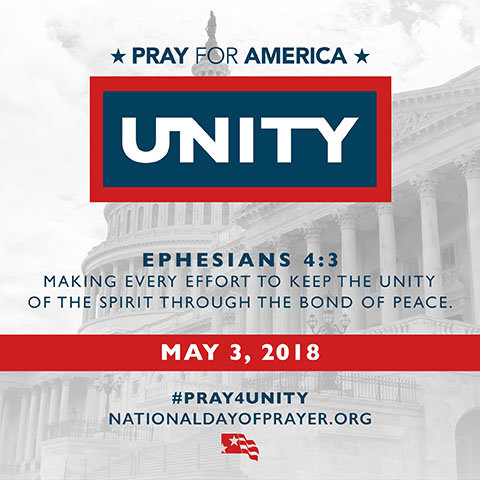 "While this has a national focus, it also has a global impact," Floyd said, adding that it also could lead to a national spiritual revival.

The prayer gatherings will be held in churches, schools, businesses, government offices, and outdoor venues, many led by Southern Baptist pastors or laypeople. In 2017, an estimated 2 million Americans observed the event in over 30,000 events across all 50 states, Floyd said.

Prayer gatherings are autonomous, but national leaders encourage a 25-25-40-10 breakdown, with 25 percent of the prayer time focused each on local and state concerns, 40 percent on national concerns, and 10 percent given to a national prayer led by Floyd and available in text and video at nationaldayofprayer.org/national-prayer.

"While each gathering and observance is different, we are praying all will be forwarding our theme for unity," Floyd told BP. Unity in the nation, communities, churches, families, workplaces, and among all ethnicities is among prayer concerns recommended on the event's website, as well as prayers for the U.S. military and government, media, businesses, the educational system are also recommended.

Watch the national observance on Daystar, at nationaldayofprayer.org, or on the event's Facebook page.