NC Coach Hubert Davis: 'I know that Jesus allowed me to be in this position' 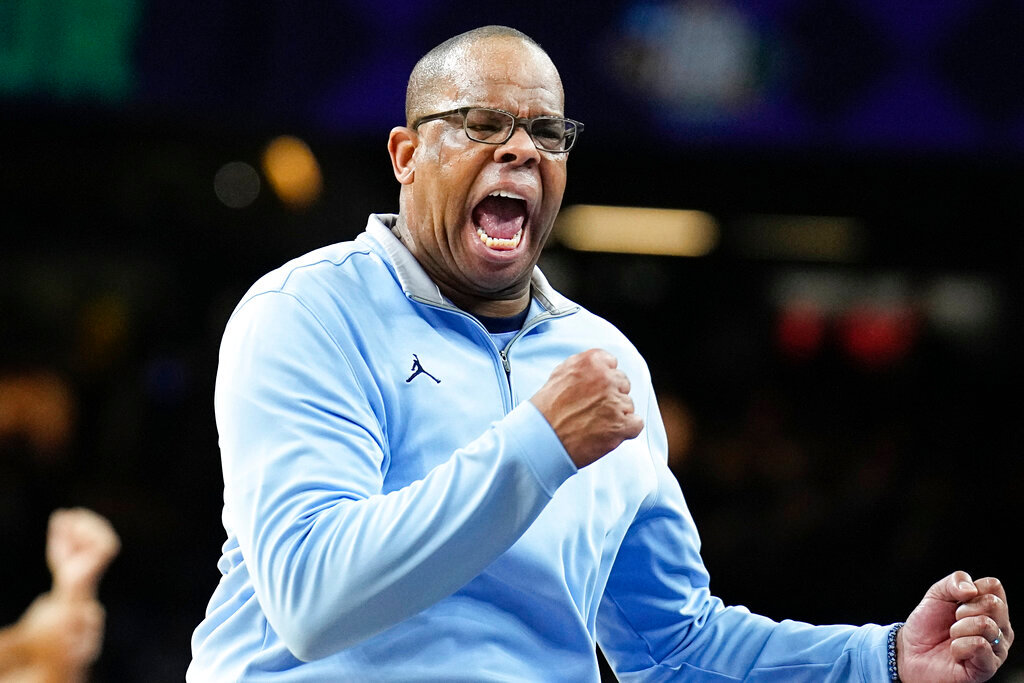 North Carolina Head Coach Hubert Davis sees his job as that of a missionary.

“Whether it's on the court, in the classroom, in the community, that's my job,” he said. “If I'm only coaching basketball, then I'm not doing my job. And, so, I know that Jesus allowed me to be in this position and he's put me in this position to be a light. And that's what I want to do.”

Davis is giving thanks to God for allowing him to lead the Tar Heels.

“It's a place of thankfulness, humbleness, humility, to be able to be in this position, to be their head coach,” he said following North Carolina’s 81-77 win over Duke in the national semifinals Saturday night.

Davis once played for the Tar Heels. He followed that with an NBA career, and, after that, he served on the NC coaching staff as an assistant to legendary coach Roy Williams.

“When you look back, everything significant in my life has happened because they've given me this opportunity and a chance to be a part of this program,” Davis said. “My wife and I fell in love there. We got married there. After I played in the NBA, we moved back, raised our three kids there. Now I'm the head coach there. It's just a pretty cool deal.”

“All I'm thinking about are these kids, these players,” Davis said. “And I told them how happy I am that I get a front-row seat for them to go through this season and these experiences. It's a blessing for me. It's a privilege. It's an honor.

The two wins over Duke is a feat Davis said is already a distant memory as his team prepares to take on Kansas in the NCAA championship game Monday night.

“I think dwelling on the two wins against Duke doesn't help us against Kansas,” he said. “We put that in a box to think about over the summer. But right now is a day, is a time of celebration and then focus on preparing ourselves to play for a national championship against Kansas.”

No matter the outcome in the finale, he considers his job more than just teaching basketball. He embraces the mentoring, tutoring and public relations aspect of his position, coaching one of the traditional powerhouses of college basketball.

Keith Taylor is the sports editor for Kentucky Today. Reach him at Keith.taylor@kentuckytodaycom and via Twitter at keithtaylor21.