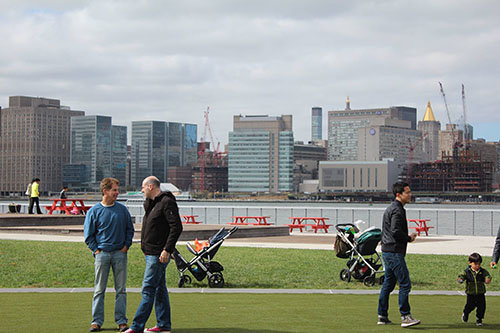 At left Rob Basch, president of Hunters Point Park Conservancy, talks with New City Church Pastor Patrick Thompson, black jacket, about the church's ministry in the park. Thompson serves alongside Basch as a board member of the local park, where NCC has led more than 100 mission teams to perform community service. NEW CITY/Special

NEW YORK CITY — The Christian Index has been following the ministry of Patrick Thompson for almost ten years. More than nine years ago he joined the Georgia Baptist Mission Board staff as a Sunday School consultant.

Subsequently, he was asked to serve on the 20/20 Task Force to help chart a course for the future of the GBC and ultimately became a part of the team that helped develop the state convention’s strategy for reaching more of the unchurched through five core initiatives the eventually became the Five Smooth Stones.

During the time Thompson was helping to develop the new structure for reorganizing the Mission Board, God began impressing upon his heart the desire to become a church planter.

Thompson concluded, “People are moving into the cities, but churches are moving out of the cities into the suburbs. This doesn’t seem right.”

By December 2012 Thompson and his wife, Katie, their son, PJ, 14, and daughter Natalie, 12 were preparing to move to New York City to plant a church in Long Island City, located on the westernmost part of Queens on the East River and directly across from mid-town Manhattan.

The world in one zip code

Thompson knew it would be a challenge to move to America’s largest city and adapt to a new way of life. Since over 22 million people live in metropolitan New York City that means the one out of every 14 people in America live there. Thompson was made aware that 56 different ethnic groups live in the 11101 zip code. 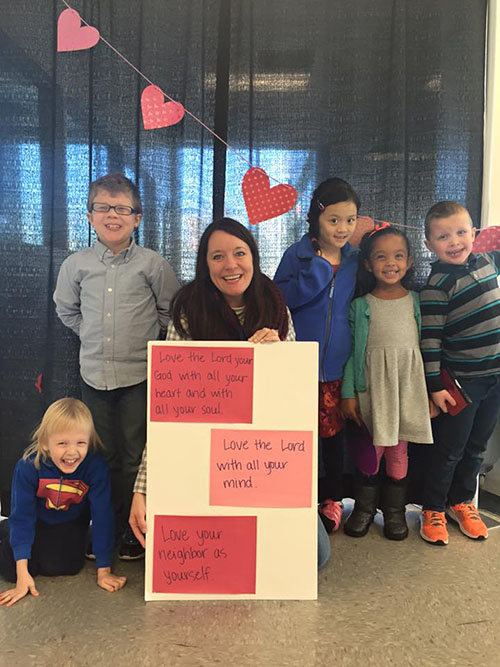 Thompson began to gather a core group of people to establish a ministry in Long Island City and New City Church was formed. The first baptismal service was conducted on Nov. 2, 2014 when three adults were baptized.

Five months ago New City move into a new worship facility. Thompson said, “We were excited about the possibilities this space would provide for us – a consistent location, state of the art worship space and dedicated children’s areas.”

The NYC church planter continued, “We hoped that with this new space, new people would begin to come to our services and connect with the grace and peace of Jesus Christ. We hoped that we would see new people commit to membership and leadership to provide ownership for our growing ministries. We were hoping, asking, and imagining for some great things. And then God showed up!

“Over the past few months Ephesians 3:20 (He is able to do above and beyond anything we can ever ask, think or imagine.) has become a reality in our church. Since moving into the new space in October we have had new visitors at every service. Our weekly worship attendance has doubled. People are coming from all kinds of spiritual backgrounds. Some are in church for the first time and others are learning what true Christianity really is while others are asking deep questions leading them to embrace the claims of Christ.”

Thompson stated that more than 25 people attended the last church membership class. The church now has four vibrant, weekly small groups where people are connecting to each other through biblical conversations. There are a number of people awaiting baptism, and more and more people are getting involved in specific church ministries. 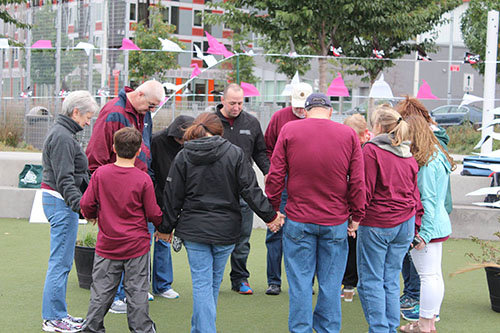 From planted to planting

“These last few months have been a great reminder that it is God who is building this church," he added. "It is by His hands that people are experiencing forgiveness, redemption, hope, and peace.”

In addition to all that is happening regarding the growth of New City Church, Thompson is ready to launch another church start. He explained, “One of our long term goals when we first started was to not just plant one church here in NYC but help start multiple churches in Queens and Manhattan. Beginning in March we will begin to host a Korean speaking service on Sunday morning in our current location.

“New City Church (Korean) will launch with about 25 people and be led by Pastor David Kim. David lives in our neighborhood and brings strong skills to our church planting efforts. He moved to New York to start a church that focused on connecting with Korean speaking families here in Long Island City. As David and I met we saw that we had a lot in common both philosophically and theologically.

"I’m so excited that we will now be working together to advance the Gospel here in Long Island City and throughout NYC.” 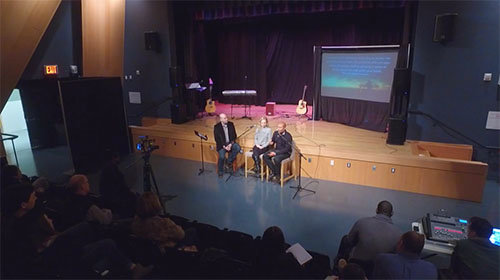 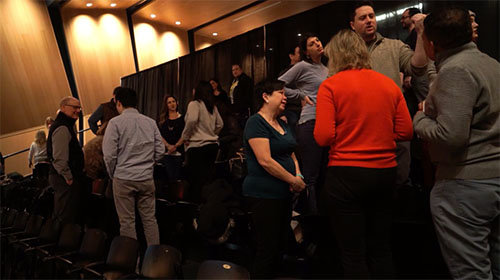 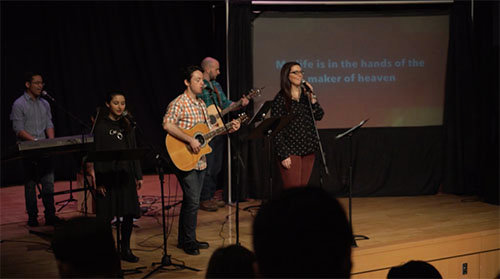 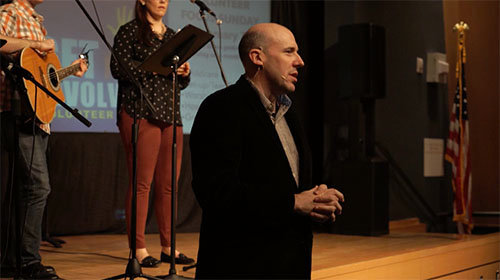 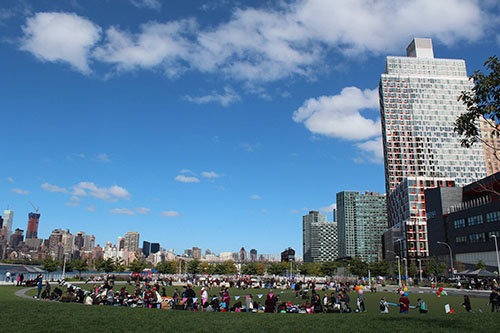 More than 1,200 people attended New City Church's Annual Neighborhood Community Carnival last fall with more than 55 families wanting information about the church. Ninety volunteers from 12 different churches sent teams to help with the event, said Pastor Patrick Thompson, who lives with his family in the tall apartment building at the right. New City Church meets in the smaller, grey building on the right. NEW CITY/Special 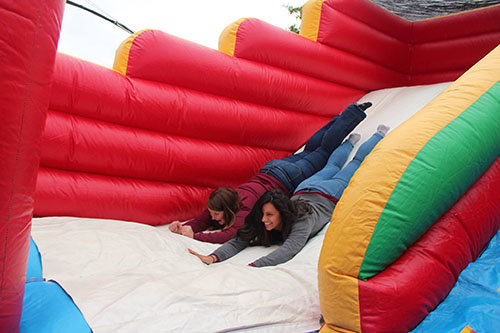