North Korea keeps up its missile barrage with launch of ICBM 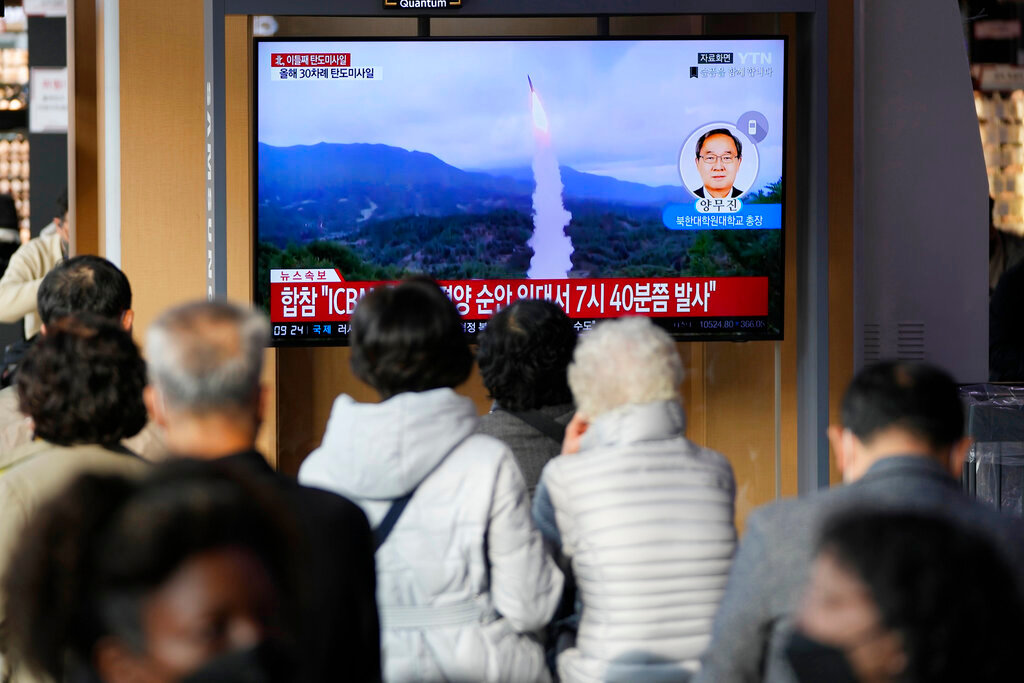 SEOUL, South Korea (AP) — North Korea fired at least six missiles into the sea on Thursday, including an intercontinental ballistic missile that triggered evacuation warnings and halted trains in northern Japan, adding to a recent barrage of weapons tests that has escalated tensions in the region.

The ICBM test was followed by launches of two short-range ballistic missiles in the morning, drawing swift condemnation by North Korea’s neighbors and the United States, which reacted by extending joint air force exercises with South Korea.

The launches are the latest in a series of North Korean weapons tests in recent months that have raised tensions. On Wednesday, North Korea fired more than 20 missiles, the most it has launched in a single day.

Earlier Thursday, South Korea’s Joint Chiefs of Staff said it detected that North Korea had fired an ICBM from an area near its capital, Pyongyang, at about 7:40 a.m. and then two short-range missiles an hour later from the nearby city of Kaechon that flew toward its eastern waters.

One of the more than 20 missiles North Korea shot on Wednesday flew in the direction of a populated South Korean island and landed near the rivals’ tense sea border, triggering air raid sirens and forcing residents on Ulleung island to evacuate. South Korea quickly responded by launching its own missiles in the same border area.

Those launches came hours after North Korea threatened to use nuclear weapons to get the U.S. and South Korea to “pay the most horrible price in history” in protest of ongoing South Korean-U.S. military drills that it views as a rehearsal for a potential invasion.

U.S. and South Korean forces have deployed more than 200 warplanes, including advanced F-35 fighter jets, for the “Vigilant Storm” exercises that were initially scheduled through Friday. South Korea’s air force didn’t immediately say how long the training will continue, noting that the allies are still discussing details.

“The U.S. and South Korea will get to know what an irrevocable and awful mistake they made,” he said.

North Korea has been ramping up its weapons demonstrations to a record pace this year. It has fired dozens of missiles, including previous ICBM launches in March and May, as it exploits the distraction created by Russia’s war in Ukraine and a pause in diplomacy to push forward arms development and dial up pressure on the United States and its Asian allies.