North Korea: Missile tests were practice to attack South, US 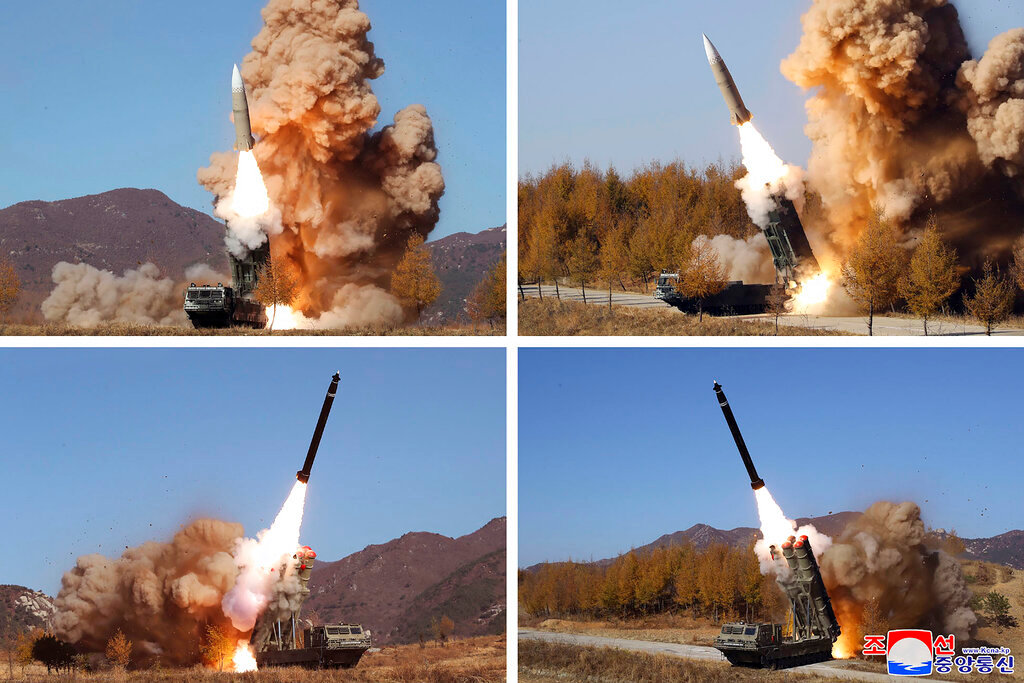 This combination of photos provided by the North Korean government, shows what they say military operation held during Nov. 2-5, 2022, in North Korea. (Korean Central News Agency/Korea News Service via AP) 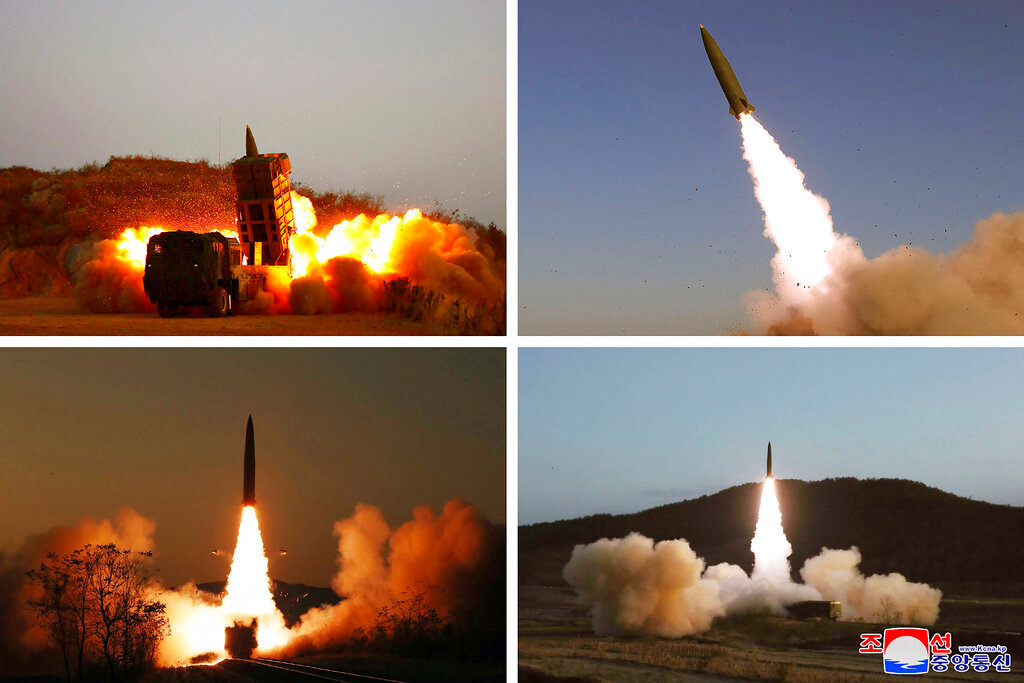 The North’s announcement underscored leader Kim Jong Un’s determination not to back down in the face of his rivals’ push to expand their military exercises. But some experts say Kim also used their drills as an excuse to modernize his nuclear arsenal and increase his leverage in future dealings with Washington and Seoul.

North Korea fired dozens of missiles and flew warplanes toward the sea last week — triggering evacuation alerts in some South Korean and Japanese areas — in protest of massive U.S.-South Korean air force drills that the North views as an invasion rehearsal.

U.S. and South Korean officials responded they would further enhance their joint training events and warned the North that the use of nuclear weapons would result in the end of Kim’s regime.

“The recent corresponding military operations by the Korean People’s Army are a clear answer of (North Korea) that the more persistently the enemies’ provocative military moves continue, the more thoroughly and mercilessly the KPA will counter them,” the General Staff of North Korea’s military said in a statement carried by state media.

The North’s military said it also carried out an important test of a ballistic missile with a special functional warhead missioned with “paralyzing the operation command system of the enemy.” This could mean a simulation of electromagnetic pulse attacks, but some observers doubt whether North Korea has mastered key technologies to obtain such an attack capability.

The North’s military statement didn’t explicitly mention a reported launch Thursday of an intercontinental ballistic missile aimed at hitting the U.S. mainland, though its main newspaper published a photo of an ICBM-like weapon as one that was used during last week’s testing activities.

This year’s “Vigilant Storm” air force drills between the United States and South Korea were the largest ever for the annual fall maneuvers. The drills involved 240 warplanes including advanced F-35 fighter jets from both countries. The allies were initially supposed to run the drills for five days ending on Friday, but extended the training by another day in reaction to the North’s missile tests.

On Saturday, the final day of the air force exercises, the United States flew two B-1B supersonic bombers over South Korea in a display of strength against North Korea, the aircraft’s first such flyover since December 2017.

South Korea’s Joint Chiefs of Staff said the participation of the B-1Bs in the joint drills demonstrated the allies’ readiness to respond to North Korean provocations and the U.S. commitment to defend its ally with the full range of its military capabilities, including nuclear.

After their annual meeting Thursday in Washington, U.S. Defense Secretary Lloyd Austin and South Korean Defense Minister Lee Jong-Sup issued a joint statement strongly condemning the North’s recent launches and carrying Austin’s warning that any nuclear attacks against the United States or its allies and partners “is unacceptable and will result in the end of the Kim regime.” South Korea’s military has previously warned the North that using its nuclear weapons would put it on a “path of self-destruction.”

Both defense chiefs also agreed on the need to enhance combined exercises and training events to strengthen readiness against North Korean nuclear and missile threats.

Even before the “Vigilant Storm” drills, North Korea test-launched a slew of missiles in what it called simulated nuclear attacks on U.S. and South Korean targets in protests of its rivals’ other sets of military exercises that involved U.S. aircraft for the first time in five years. In September, North Korea also adopted a new law authorizing the preemptive use of its nuclear weapons in a broad range of situations.

South Korean and U.S. officials have steadfastly maintained their drills are defensive in nature and that they have no intentions of invading the North.

U.S. and South Korean militaries have been expanding their regular drills since the May inauguration of conservative South Korean President Yoon Suk Yeol, who has promised to take a tougher stance on North Korean provocations. Some of the allies’ drills had been previously downsized or canceled to support now-stalled diplomacy on North Korea’s nuclear program or to cope with the COVID-19 pandemic.

For months, South Korean and U.S. officials have said North Korea has completed preparations to conduct its first nuclear test in five years. On Monday, South Korean Unification Minister Kwon Youngse told lawmakers that North Korea could carry out the nuclear test at any time but there were still no signs that such a test explosion was imminent.