Don and Sonny Hattaway’s love story is beautiful and compelling. Interestingly, it all started at a Starvin’ Marvins in Dublin in 1993, but it couldn’t have been better if it had begun with a happenstance rendezvous at the Eiffel Tower in Paris. KIMBERLY JEFFERSON/Special
Posted Friday, October 23, 2015 3:12 pm
Gerald Harris 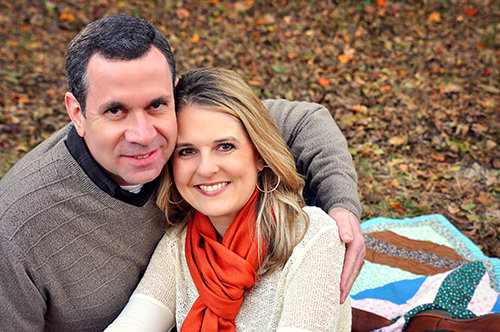 Don and Sonny Hattaway’s love story is beautiful and compelling. Interestingly, it all started at a Starvin’ Marvins in Dublin in 1993, but it couldn’t have been better if it had begun with a happenstance rendezvous at the Eiffel Tower in Paris. KIMBERLY JEFFERSON/Special[/caption]

Joanna Breault, writing in Christianity Today, recounts a conversation Taylor Swift had with her brother who had seen a man with a cat on his head. Taylor indicated that if she had seen the man with a cat for a hat she would be torn between wanting to respect the man’s privacy and wishing she had a photo.

Breault, a pastor’s wife herself, muses, “Being a pastor’s wife is a little like having a cat on your head. We have our private, everyday lives just like everyone else, yet we happen to be married to men whose jobs – whose ministries – are public.”

Being a wife and mother is challenging, but being a pastor’s wife is often a formidable challenge. Sonia “Sonny” Hattaway, wife of Don Hattaway, pastor of Cartersville’s Tabernacle Baptist Church and president of the Georgia Baptist Convention, appears to handle her role as wife, mother, church leader, teacher, and Georgia Baptist First Lady exceedingly well.

Sonny grew up in a Christian home and trusted Christ as a six-year-old child. She explained, “My parents were faithful to take me to church and I learned about what Jesus did for me on the cross and what His resurrection from the dead meant for me.

“So, one day at home, after my mom answered some questions I had about following Jesus, she knelt down with me by our living room couch and led me in a prayer to commit my life to Christ. I truly believe I was saved then, but I have had times in my life when I have renewed my commitment to the Lord.

Because Sonny’s father had a job that necessitated multiple relocations during her childhood and teenage years, she attended many schools and was involved in many churches during those years. She noted, “When as a senior in high school Don ‘was driving the strip’ on Friday nights in Douglas to find a wife; I was clear across the country in Washington State. 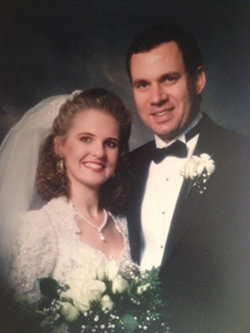 Don Hattaway and Sonia Strickland were married on October 22, 1994 in Jesup. HATTAWAY FAMILY/Special

“In high school I played field hockey in Pennsylvania and was musically active in band and chorus when we moved back to Georgia my sophomore year. I also worked part-time at our county library during those years.”

After high school Sonny went to Brewton-Parker College intending to major in accounting, but the Lord led her to change her major to music education with a concentration in piano. During her college days she served several Baptist churches as pianist, taught private piano lessons, and played for weddings and other events throughout south Georgia.

Sonny testified, “One of my favorite experiences in college was being a member of the BPC Choir under the direction of Hildegard Stanley, who greatly influenced my life during those years.”

Although Don had already graduated from BPC and moved on to New Orleans Seminary by the time Sonny enrolled as a freshman, they came to know each other through mutual friends. Sonny recalls, “The neatest part of our ‘love story’ took place my junior and senior years when I would travel with my home church in Jesup as a chaperone to the GBC Youth Evangelism Conference over Christmas break."

“In my junior year our church bus stopped at the Starvin’ Marvin truck stop in Dublin to get gas and take a break. While we were there I ran into this man (Don) who looked familiar. I introduced myself assuming that he was with the other church bus from Baxley that had also stopped. We re-acquainted ourselves with one another and went on our way, but I never forgot him! He was still living in New Orleans, but was home for Christmas and took his former youth group from Baxley to the YEC.

“Exactly one year later I was on my way to the YEC with my home church. We made another stop at Starvin’ Marvins. My mom was traveling with us and I said to her, ‘Remember the guy I told you I met here last year? Wouldn’t it be something if I saw him again?’ And sure enough, I walked into the gas station and Don was standing right in front of me. This meeting was the clincher. He had graduated and moved back to Georgia and resumed his ministry in Baxley.

“We went on our first date March 25, 1993; and the rest is history. Don proposed to me the week I graduated from college (1994) in his car at my parent’s home in a downpour of rain. Incidentally, the proposal came right after Don had asked my father for my hand in marriage. It was a conversation that lasted two hours. We were married October 22, 1994.” 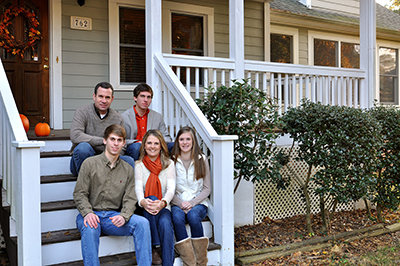 Although Sonny has a profound sense of God’s calling upon her life as a pastor’s wife, she admits that the journey involves learning, acceptance, blessing, challenges, and sometimes disappointment. However, she admits, “The best part is supporting my husband as he shepherds and leads a body of believers and the blessings of those who are supportive.”

The Hattaways have three teenage children: Nathan (18), Daniel (17), and Anna Lane (14). Sonny exclaimed, “I love being a wife and mother. I stayed home with our children for ten years when they were young and before they were all in school. Today all three of our children are active in sports. They all run on their school’s cross-country team. We enjoy attending all their sporting events. Basketball season is next; and that is one of my favorites.”

The Hattaways have been engaged in a number of international mission trips and several trips to Israel. “These experiences have been highlights for our family,” Sonny declares. “I’m thankful our kids have been blessed with different opportunities to serve the Lord and see Him work around the world.”

Sonny currently serves as the music teacher at Cartersville Primary School. She asserts, “This job is very fulfilling to me as I pursue my passion in music and love the children with the love of Christ. I have the privilege of serving almost 1,000 K-2 students that come through my class each week. What an honor to teach, love, and care for them as an offering to the Lord.” 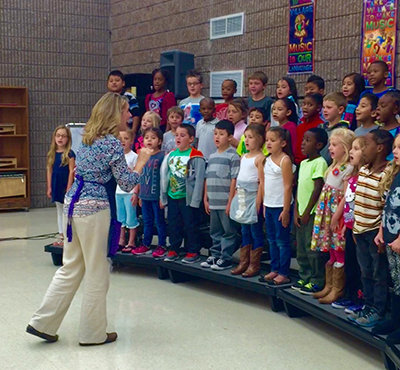 Although Don Hattaway has become one of Georgia Baptists’ most effective leaders, Sonny remains his greatest asset. When he was pastor of Emmanuel Baptist Church in Blackshear she served as the director of music, then church pianist and taught GAs and a young women’s Sunday School class. At Tabernacle she has taught women in Sunday School and sang in the choir for 12 years. She is now in her third year of teaching middle school girls each Sunday morning.

The Bartow Family Resource Center, a 501(c)(3) that was birthed at Tabernacle over 25 years ago, is another place where Sonny enjoys serving. Today, there are many churches that support the Center, which ministers in a variety of ways to women in crisis pregnancies and has saved hundreds of babies from abortion over the years.

Although Sonny is a vibrant young woman with a genuine sense of calling, her life has not been without its challenges. In the summer of 2009 she suffered a major, unexpected illness. She explained, “I went in for routine surgery and almost died. I suffered physical anguish and pain unlike anything I had ever known. After many weeks in the hospital and months in bed recuperating, I experienced a profound faith and trust in God to deliver me either through death or life, whichever He chose for me. Although I became phenomenally weak physically, my faith was remarkably strengthened and my walk with God has never been the same.”

Sonny offers some sage advice to pastors’ wives: “As a pastor’s wife you are accountable to the One who created you and called you to service. Remember that while others may ‘expect’ certain things from you, you are ultimately accountable to God and not man. So do the things He has called you to do, not what man makes you feel like you should do.”