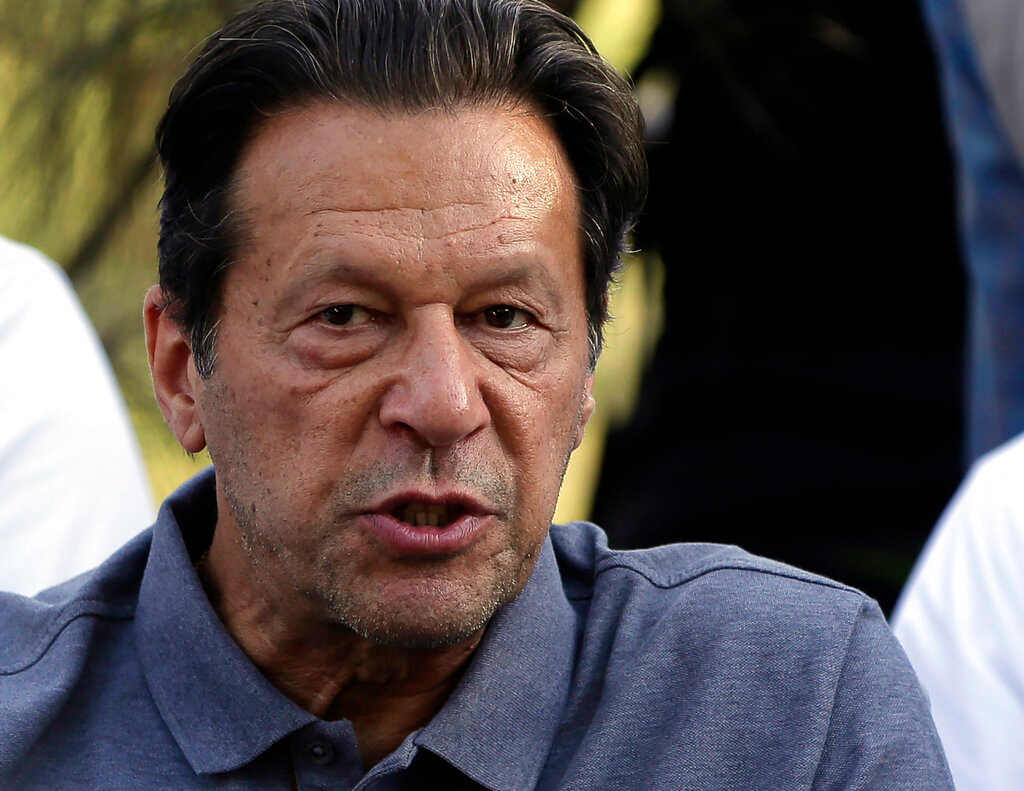 ISLAMABAD (AP) — A gunman in eastern Pakistan opened fire Thursday at a campaign truck carrying former Prime Minister Imran Khan, slightly wounding him in the leg and killing one of his supporters, his party and police said. Nine other people also were hurt.

The gunman was immediately arrested at the protest rally, and police later released a video of him in custody, allegedly confessing to the shooting and saying he acted alone. It was not clear under what conditions he made his statement.

“Only Imran Khan was my target,” said the suspect, identified as Faisal Butt by Information Minister Maryam Aurangzeb.

Khan, 70, underwent surgery at Shaukat Khanum Hospital in Lahore, tweeted Omar Ayub Khan, a senior leader of the former premier's Tehreek-e-Insaf party. Khan was seen with a bandage on his right leg, just above the foot, according to reports and a blurry image from the protest.

The shooting was an “assassination attempt,” party spokesman Fawad Chaudhry told rallygoers afterward in Wazirabad. He added that “it was an attack on the whole of Pakistan,” and vowed that the people would avenge it.

The violence, which follows Khan's ouster as prime minister in a no-confidence vote in April, raised new concerns about growing political instability in Pakistan, a country with a long history of political violence and assassinations.

The Interior Ministry said the government has ordered an investigation of the incident.

The attack happened in the Wazirabad district in the eastern Punjab province where the former cricket star turned Islamist politician was traveling in a large convoy of trucks and cars heading toward the capital of Islamabad. The convoy is part of his campaign aimed at forcing the government to hold early elections.

District police officer Ghazanfar Ali said one person was killed and nine others were wounded in the attack.

Among the wounded was Faisal Javed, a lawmaker from Tehreek-e-Insaf. In a video statement, with bloodstained clothes, he said the attack would not stop Khan's protest march to Islamabad, and Khan’s supporters rallied in different parts of the country after the shooting.

The attack came less than a week after Khan began his march from Lahore, the capital of Punjab province, with thousands of supporters.