Pastor to Governor Deal: The world is changing; God is not 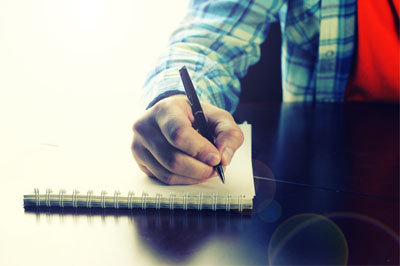 Every book begins with a simple thought that, when written down, can become an excellent compilation of spiritual insights and life experiences to make the gospel relevant for today's world. thinkstockphoto.com
Posted Thursday, March 10, 2016 1:31 pm
The Christian Index

The World is Changing – God is Not, His Word is Not; An Open Letter to the Honorable Nathan Deal, Governor of Georgia

Dear Governor,
It was with great and abiding sadness that I read your recent comments in the Atlanta Journal Constitution regarding religious liberty (Deal: Reject ‘religious liberty’). After hearing you speak at the Faith & Freedom Coalition meeting last week I was confident that you were on the side of the vast majority of Georgians who want their religious liberties protected. Instead, you have chosen to side with the LGBT activists, the Chamber of Commerce and big business.

The scare tactics of those groups alleging that the legislation currently on the table is discriminatory and that it will drive away business interests are unfounded. Georgia is a very good place to do business and our hospitality is not diminished because we stand for Truth and want our religious freedom as granted by the First Amendment protected. Further, every southeastern state, with the exception of the state of Georgia, has enacted legislation specifically designed to protect the free expression of faith for their citizens. Not one example of lost business has been put forward as a result of these bills in other states. I submit that protecting the rights of our people will do nothing to thwart business in our state.

While the Pastor Protection Act (PPA), which you appear to support, is helpful protection to pastors and churches, what we truly need is broad-based religious freedom protection for all Georgians. Our people should be free to exercise their right to practice their faith according to the dictates of their own consciences. That, Governor, is the heart of religious liberty. Anything less is a sham.

Knowing that as a Congressman you signed the 1993 Federal RFRA I am hard pressed to understand your abrupt change of heart. You apparently have rethought the commitment you once had to religious freedom. And yes, the world is changing all around us, as you said. But since you are a professing Christian you should know that the Word of God is unchanging. “Forever, O LORD, Your word is settled in heaven.” (Ps. 119:89) The Psalmist knew a little bit about having the world change around him. Even so, he remained a man after God’s own heart, to the end of his life. (Acts 13:22) Furthermore, you should know the Lord Himself is unchanging, ““For I am the LORD, I do not change; Therefore you are not consumed, O sons of Jacob.” (Mal. 3:6; cf. Num. 23:19; Rom. 11:29)

I know you understand that God’s standards for marriage are not up for a vote. As a friend and fellow believer I want to encourage you to be careful in commenting on God’s Word. With all due respect, it is important to read and study the New Testament before commenting on it. I think you unwittingly took a position that is not substantiated by the verses you used.

You said, ““What the New Testament teaches us is that Jesus reached out to those who were considered the outcasts, the ones that did not conform to the religious societies’ view of the world. … We do not have a belief, in my way of looking at religion, which says we have to discriminate against anybody.” …“If you were to apply those standards to the teaching of Jesus, I don’t think they fit.”

I’m not in agreement that this is what New Testament teaches. Certainly Jesus reached out to the outcasts and sinners. Nothing in the proposed legislation says that we as a society, and particularly as Christians, should not do that. While Jesus reached out to outcasts He never applauded their sin, but rather confronted it and offered forgiveness on the basis of confession and repentance.

No one is suggesting that we discriminate against anyone. But one would have to admit that the Bible is discriminatory toward sinners. In what way? It declares plainly that sin separates us from God. It also declares in no uncertain terms that homosexuality is a sin. There is a solution and the way we reach out to sinners (I suppose they are your so-called “outcasts”) is to share the Gospel with them. It is not discriminatory for me to believe their lifestyle lies in contradistinction to the revealed Word of God. No more so than to believe that adultery or murder is wrong. Am I discriminating if I call a liar a sinner?

The article says you quoted the Gospel of John that showed Jesus reaching out to an outcast. You said, “What that says is we have a belief in forgiveness and that we do not have to discriminate unduly against anyone on the basis of our own religious beliefs.” You are welcome to your own religious beliefs, and it would be even better if your beliefs were protected by law, but I would caution you against setting your beliefs up as a standard that supersedes the Bible. And if you are welcome to your beliefs, others would appreciate the same courtesy.

By your own words you condemn same-sex marriage and homosexual behavior by implying that forgiveness is needed. If they have done nothing wrong then for what purpose do we bring forgiveness up? Perhaps a better understanding of biblical forgiveness is in order. To receive forgiveness one must repent! While Jesus stands ready and willing to forgive all sin there must be recognition on the part of the sinner that their sin is sin and has hurt the heart of God. (Cf. Rom. 2:4; Acts 3:19-20) Furthermore, there must be a willingness to repent, to turn from the sin. You brought up the woman taken in adultery but you seem to forget that Jesus’ instructions to her included, “Go and sin no more.” (John 8:11) In the case of Zaccheaus, Jesus declared, “Today salvation has come to this house,” but this declaration was in response to the tax collector’s repentant attitude and actions. (Luke 19:8-9)

You have said the people who are “different” from us need forgiveness. I can agree with that. You and I need the same forgiveness they require. But I am not willing to call what is evil, good (Isaiah 5:20). And that is ultimately what the LGBT community wants. They want to force people of faith to not only recognize but also embrace their sinful lifestyles as being healthful, helpful, righteous, and beneficial to society. They will not tolerate any deviation from their core agenda. Regrettably, you have become their agent in this unholy endeavor.

Now, as a fellow professed believer in Christ I urge you to do the right thing and make certain that people of faith in Georgia are protected. Together, let us ensure that they will not be intimidated for their beliefs and that they will not be forced to use their time, talents and treasures to give credence to same-sex marriage. Nothing in the current HB757 as amended by the Senate with the FADA language is discriminatory toward anyone. It protects people of faith from being discriminated against.

I appreciate your consideration of my concerns. Please be assured of my continued prayers for you.
Sincerely,

Rush serves as pastor of Berean Baptist Church in Social Circle. He is also the president of Ten Commandments GA and assists Georgia Baptist Mission Board Public Affairs department. He writes at the blog Searching the Scriptures.