Pastors have congregational and, for some, personal experience with mental illness 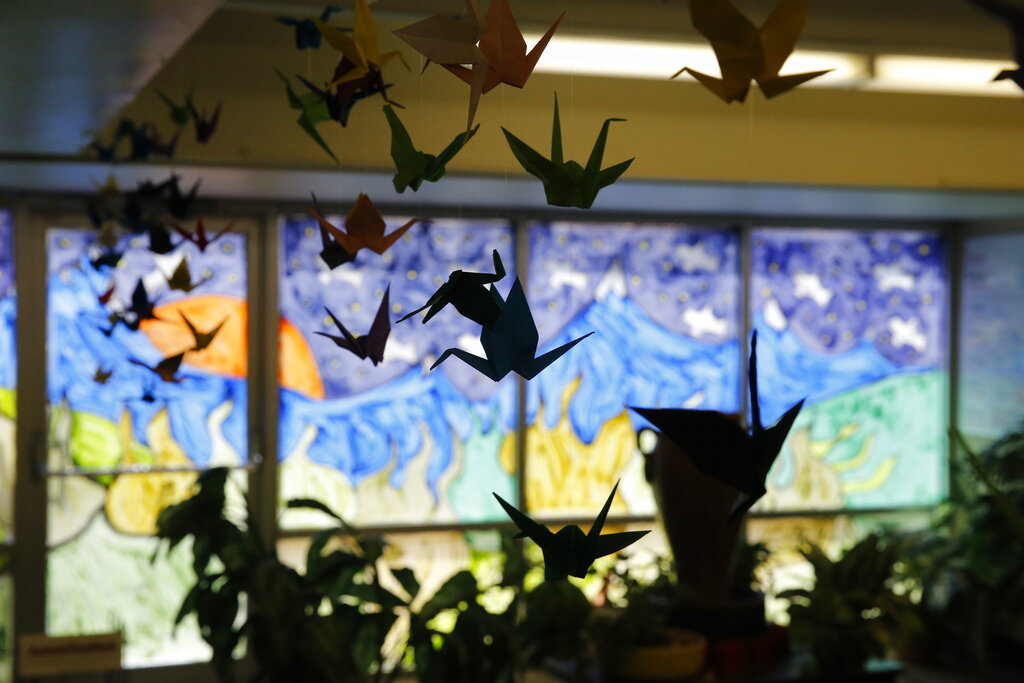 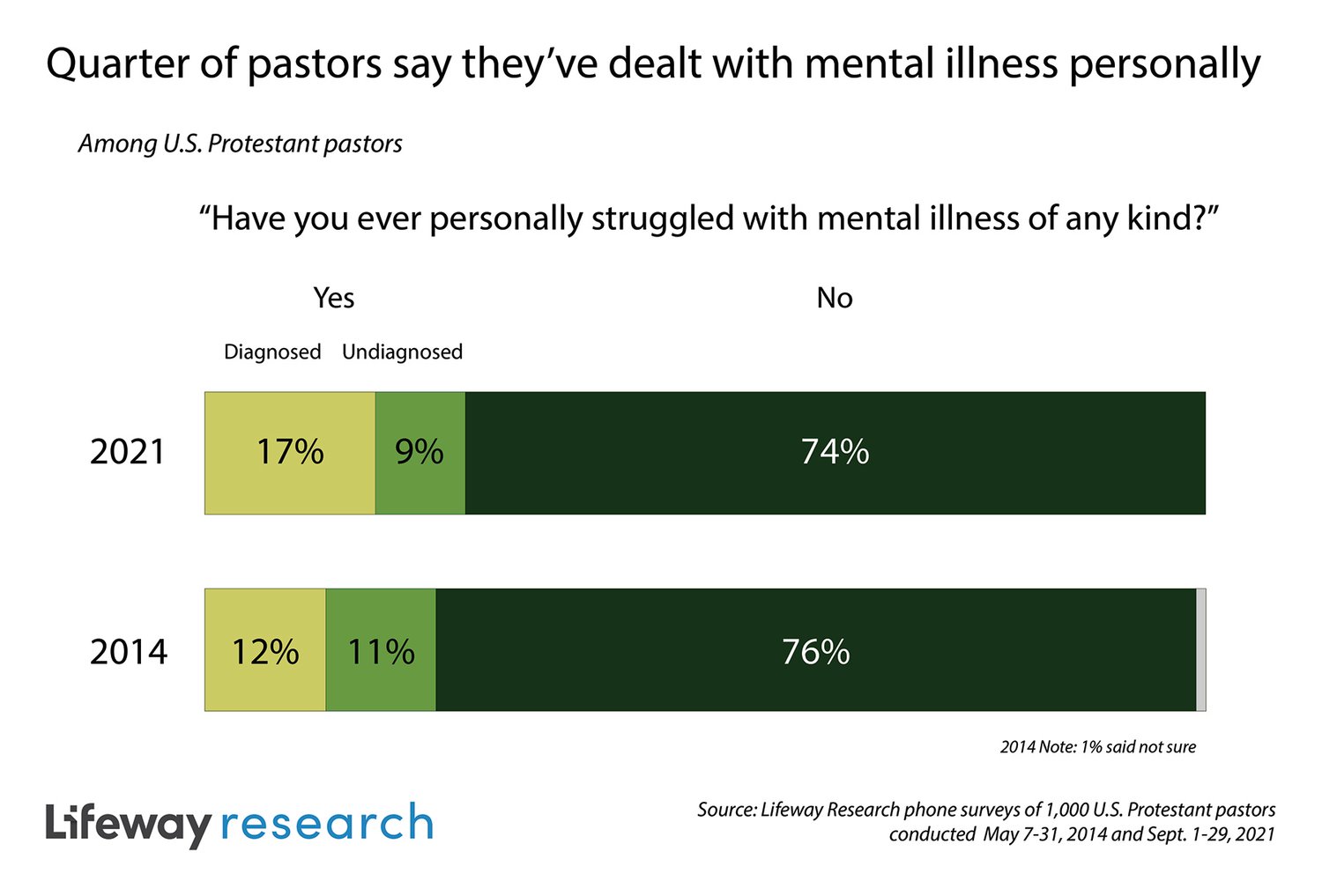 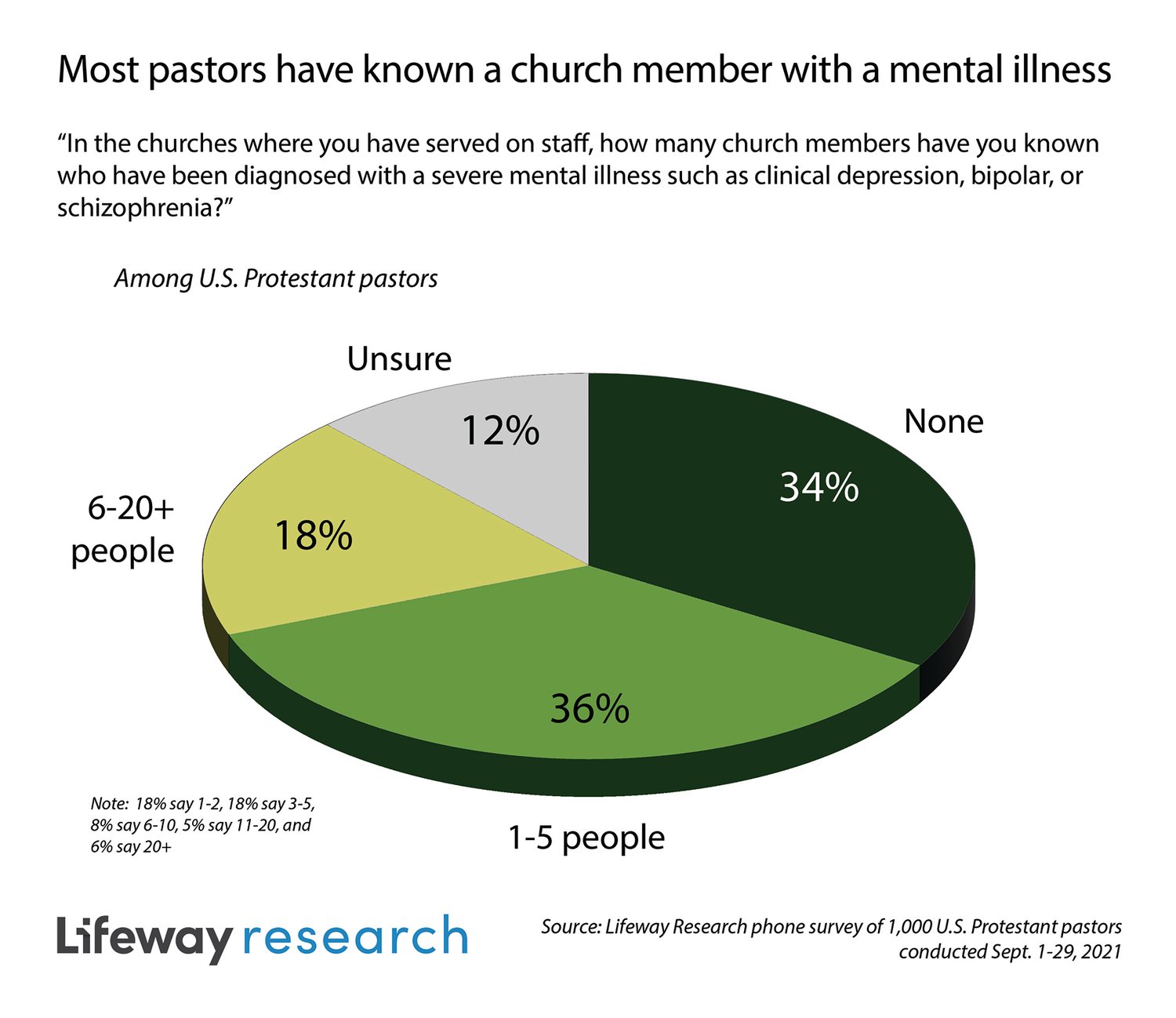 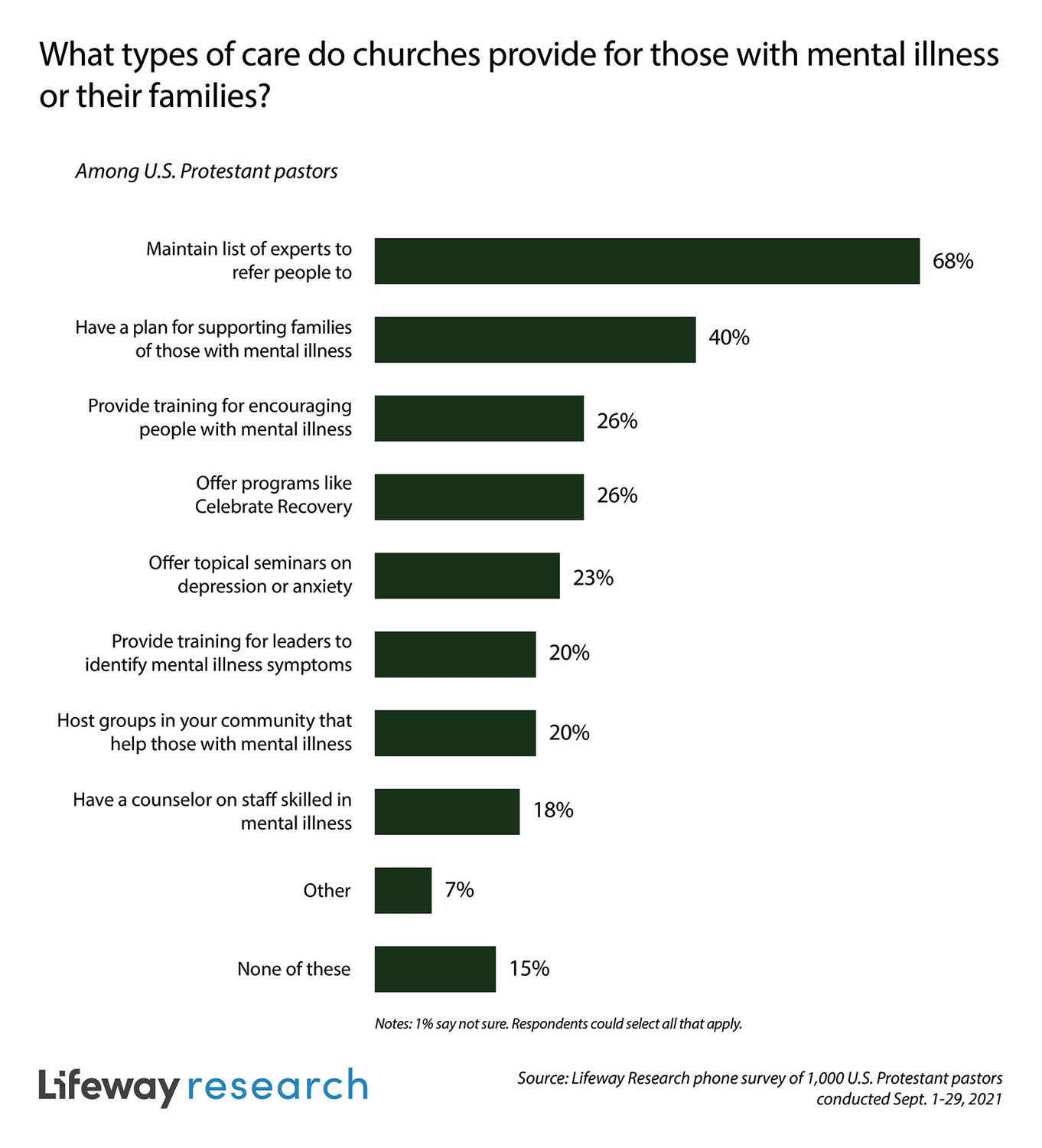 NASHVILLE (BP) — Most pastors have seen mental illness in their pews, while some have seen it in themselves.

A Lifeway Research study explores U.S. Protestant pastors’ experiences with mental illness and how well their churches are equipped to respond to those who need help.

“There is a healthy generational shift occurring as younger and middle-aged pastors are much more likely to have encountered people in church with severe mental illness than the oldest pastors,” said Scott McConnell, executive director of Lifeway Research. “However, it is not clear whether the presence of those with difficult mental illnesses is increasing among church members or if they have simply felt more comfortable sharing their diagnosis with younger pastors.”

More than a quarter of U.S. Protestant pastors say they have personally struggled with some type of mental illness, including 17% who say it was diagnosed and 9% who say they experienced it but were never diagnosed.  That result is similar to that found in a 2014 Lifeway Research study. More pastors now, however, say they have been diagnosed.

“During the COVID-19 pandemic many Americans have faced challenges to their mental health,” said McConnell. “More pastors today are seeking professional help as evidenced by more having been diagnosed with mental illness. Younger pastors are the most likely to say they have endured mental illness.”

Pastors under 45 are most likely to say they have struggled with some form of mental illness.

Churchgoers may not hear about mental illness frequently from the pulpit, but most churches will hear about the subject at least once a year from their pastor.

Six in 10 U.S. Protestant pastors say they speak to their churches about acute or chronic mental illness in sermons or large group messages at least once a year, including 17% who bring up the subject about once a year. For more than 2 in 5 pastors, the issue comes up multiple times a year.

Other pastors cover the topic much less frequently, with more than a quarter saying they rarely bring it up.

“While the typical pastor hasn’t experienced mental illness themselves, they are proactively teaching about this need and feel a responsibility to help,” said McConnell. “While preaching on mental illness is the norm and even more pastors feel their church is responsible to help the mentally ill, still 37% of pastors rarely or never bring it up from the pulpit.”

Beyond talking about it from the pulpit, an overwhelming 9 in 10 U.S. Protestant pastors say local churches have a responsibility to provide resources and support for individuals with mental illness and their families.

Younger pastors, age 18-44, are the least likely to say they don’t provide any of the potential resources. Pastors at churches with fewer than 50 in attendance are the most likely.

Most pastors, almost 9 in 10, feel equipped to identify when a person is dealing with acute or chronic mental illness that may require a referral to a medical professional,

The percentage of pastors who feel equipped is up slightly from 2014 when 81% said they felt capable of making the identification and referral.