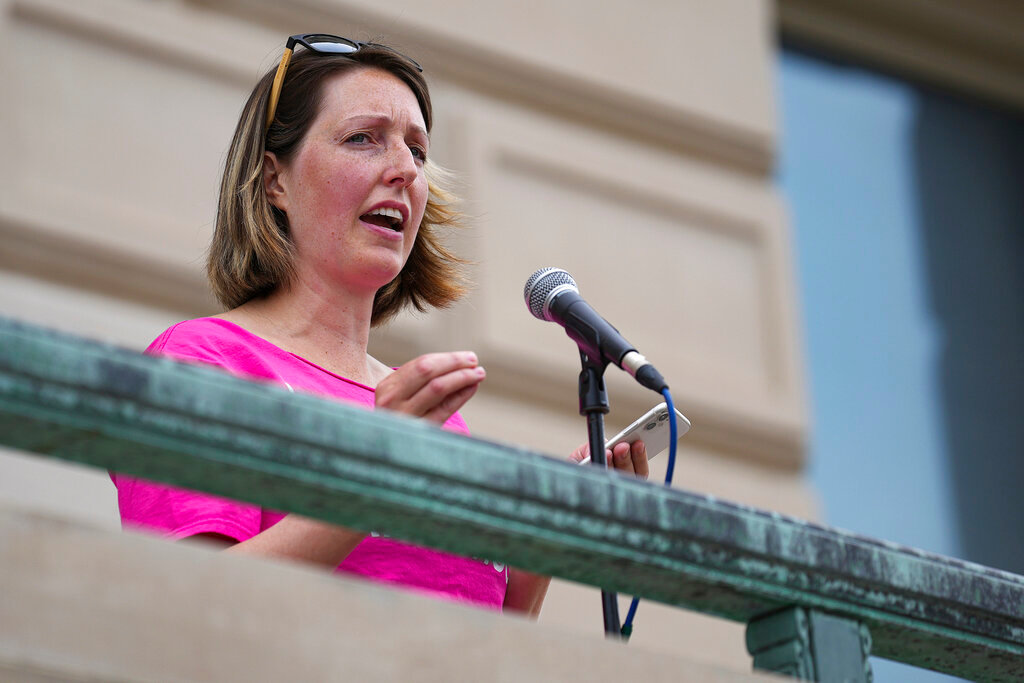 INDIANAPOLIS (AP) — Indiana's attorney general on Wednesday asked the state medical licensing board to discipline an Indianapolis doctor who has spoken publicly about providing an abortion to a 10-year-old rape victim who traveled from Ohio after its more-restrictive abortion law took effect.

The complaint alleges Dr. Caitlin Bernard violated state law by not reporting the girl’s child abuse to Indiana authorities and violated patient privacy laws by telling a newspaper reporter about the girl’s treatment.

That account sparked a national political uproar in the weeks after the U.S. Supreme Court overturned Roe v. Wade in June.

Bernard and her lawyers maintain the girl’s abuse had already been reported to Ohio police and child protective services officials before the doctor ever saw the child. A 27-year-old man has been charged in Columbus, Ohio, with raping the girl.

The attorney general’s complaint asked the licensing board to impose “appropriate disciplinary action” but doesn’t specify a requested penalty.

“Dr. Bernard violated the law, her patient’s trust, and the standards for the medical profession when she disclosed her patient’s abuse, medical issues, and medical treatment to a reporter at an abortion rights rally to further her political agenda,” the office said in a statement. “Simply concealing the patient’s name falls far short of her legal and ethical duties here.”

Bernard treated the girl in Indianapolis in late June, as she said doctors determined the girl was unable to have an abortion in neighboring Ohio. That’s because Ohio’s “fetal heartbeat” law took effect with the Supreme Court’s June 24 decision. Such laws ban abortions from the time cardiac activity can be detected in an embryo, which is typically around the sixth week of pregnancy.

Deputy Attorney General Caryn Nieman-Szyper said during a court hearing last week that Bernard wouldn’t be under investigation if she had not disclosed the girl’s rape to a reporter to advance her own advocacy of abortion rights. Nieman-Szyper said Bernard had not shown she had permission from the girl’s family to discuss her care in public, exposing the child to national attention.