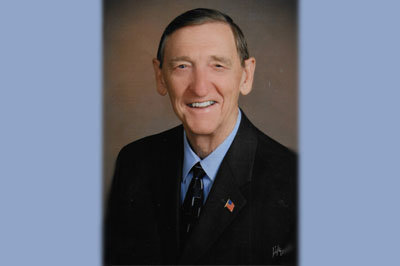 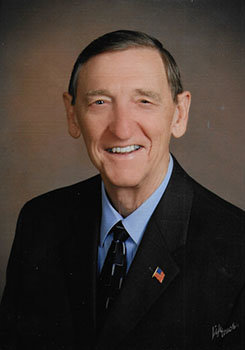 Pete Sharber used his experiences as a lifelong pastor and denominational servant, not to mention from military experience that included two tours in Vietnam and Operation Desert Storm, to mentor numerous ministers during his lifetime. SHARBER FAMILY/Special

Pete Sharber, 79, graduated to heaven on September 12, 2018; and the funeral service was conducted on Saturday, September 15 at the Chapel of Sherwood Baptist Church in Albany. Military honors including a 21-gun salute were provided by the United States Honor Guard.

I knew Pete Sharber as a college classmate and later as a gracious, winsome, encourager, a faithful Christian pastor, a military chaplain, a denominational leader and a personal friend.

I was scheduled to preach a revival for him at First Baptist Church of Hazlehurst in the spring of 2004, but just a few  months prior to the revival he accepted God’s call to become  the director of chaplaincy evangelism for the North American  Mission Board.

By the time I got to Hazlehurst, the beloved pastor of the church had already started his ministry with the chaplains through the Mission Board, but it was immediately obvious to me that Pete Sharber had left a church that was healthy and vibrant – a church that dearly loved and respected him.

Brad Waters, current pastor of the Hazlehurst church, commented, “Dr. Pete Sharber was one of the most gracious men of God I’ve ever known. He loved the people of God. He led them and left a tremendous legacy for them. His fingerprints are evident in the lives he touched. I loved him and I’m grateful to have had the privilege to follow him. Fortunate is the city that had known the man of God.”

Fred Anderson, pastor of Ten Mile Creek Baptist Church in Baxley, recalled, “Pete Sharber was an outstanding pastor to me as a teenager at Anderson Drive in Jesup. He discipled me and mentored me when I was in high school. There are no words to describe the incredible impact he had upon my life.  I was called to preach under his ministry and his  influence upon my life continues to this day.”

A native of Bainbridge, Dr. Sharber graduated from Bainbridge High School. He married Faye Garner Sharber in 1962. Dr. Sharber received his BA from Mercer University, his Master of Divinity from Southwestern Baptist Theological Seminary and his Doctor of Ministry from Drew University.

However, after graduating from college, Sharber served nine years as an infantry officer in the United States Army, including two tours in Vietnam for which he was awarded the Bronze Star four times.

A career military man, Dr. Sharber reached the rank of Colonel in the U.S. Army. After serving as an Infantry officer with two tours of duty in Vietnam and then 11 years as a chaplain, he was called back to active duty for Desert Storm.

The Sharbers lived in Leesburg since 2007 and were members of Sherwood Baptist Church in Albany, where he attended the Living Word Sunday School Class or frequently served as interim pastor at a number of churches locally. He truly loved God’s Word and was a gifted teacher and a beloved pastor.

At the memorial service, Bryan Myers, pastor of Central Baptist Church in Americus, remembered his days on staff with Sharber at Hazlehurst and stated, “Dr. Pete was the epitome of selfless humility. He was such a gentle, humble, meek man. He was always concerned about others.

“Dr. Pete was attracted to other people whether they were experiencing joy or pain. The funniest lesson Dr. Pete taught me was how to make a hospital visit when a baby was born. A family would be experiencing joy and, as you know, all parents believe their newborn baby is beautiful. However, we all know that newborns are really only beautiful to the family, right?

“So, Dr. Pete didn’t want to ever lie to a family, so he taught me to say, ‘This baby is as cute as she can be!’ He didn’t lie to the new parents. His approach was honest, but smooth.”

Myers continued, “The greatest lesson I learned from Dr. Pete was what he called the ‘Ministry of Quiet Presence.’ One morning we got a call that Hugh Floyd, along with a co-worker, had been killed in a vehicle accident. Dr. Pete grabbed me, we hoped in his truck, and headed out to find the family.

“On the way I said, ‘Dr. Pete, in a tragic situation like this, what in the worlddo we say when we get to the house?’

“Dr. Pete said, ‘I want to share with you the two greatest words in ministry –Show Up!’

“When we left that home, we headed to the home of the other gentleman who was killed in the accident, just to be present with the family. This second man had no connection to our church, but that did not matter to Dr. Pete. He was attracted to people and wanted to be present in their lives.

“When we went to watch his grandson, Jonathon, play high school football, he would go with others to congratulate the players. And while many talked to the star athletes, we would find Dr. Pete talking to the kid who didn’t get in the game at all.”

Myers explained, “He recently befriended the neighbor’s yard man. He would take him water, commend him for the job he did, and eventually led him to Jesus.  The yardman knocked on the Sharbers’ door the other day to check on Dr. Pete and when Mrs. Faye shared with him that Dr. Pete went to be with the Lord, he just sobbed.

“Dr. Pete used to say that when he died he didn’t know if the Lord would say, ‘Well done, thou good and faithful servant.’ He said he would be honored and happy to just hear the word, ‘servant.’”

Dr. Randy Stinson, senior vice president for Academic Administration and provost at Southern Baptist Theological Seminary in Louisville, KY, brought the message at the memorial service for his former pastor and friend. He stated, “I took my text from II Timothy 2:1-8, because Dr.  Sharber was able to take the Gospel and impart it to others as effectively as anyone I have ever known.

“I was his youth pastor in the early 1990s and Pastor Sharber was my first mentor in ministry. He is the one who taught me the do’s and don’ts of ministry and marriage. I am eternally indebted to him for his guidance and leadership.

“His life had the focus and endurance of a military man. He had the work ethic of a farmer. But as a Christian he was marked by his integrity, humility, and willingness to put others before and above himself. While others may measure success by the size of their churches or their invitations to speak at great conferences, a genuine man of God is measured by his faithfulness and Pete Sharber was that kind of man – faithful!”

Survivors include his wife, Faye Sharber, of Leesburg; two daughters,