Police: Atlanta pastor killed by man she was helping 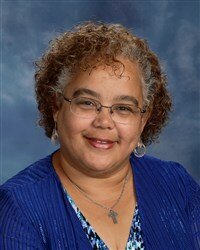 ATLANTA (AP) — A man stabbed and killed a pastor who was ministering to him in his Georgia home, then put her body in a van and set it on fire, police said.

The Rev. Marita Harrell, 57, was a wife and mother of two and went into the ministry later in life. She was a senior pastor at Connections at Metropolitan United Methodist Church.

Christopher Devonta Griggs, 27, is charged with murder. Griggs attacked Harrell on Wednesday in his DeKalb County home, police told media outlets. It wasn't known if he had a lawyer.

Harrell's body was found in the burned van several miles from her home the day after she was killed.

The senior pastor of Rivertown United Methodist Church , where Harrell served from 2016 to 2018, wrote on Facebook his hearts and the hearts of his congregation were broken.

“I know the love Rivertown has for her, and the love she has for Rivertown,” Rev. Fleming Thompson Jr. wrote. “We are asked to be in prayer, especially for her husband and daughters.”