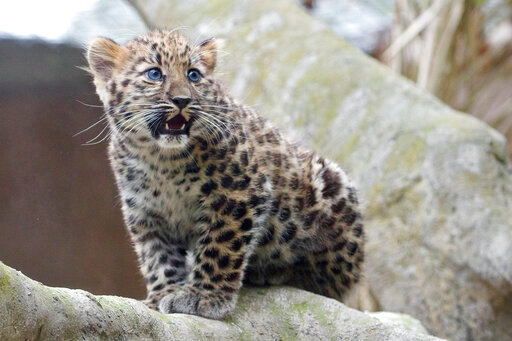 SANTA BARBARA, Calif. (AP) — A rare Amur leopard cub has made her public debut at the .

The cub, named Marta, spent about an hour in her outdoor habitat Thursday morning, reported.

Marta was born in August and had remained off exhibit since then to bond with her mother.

Amur leopards are native to northeast Asia and are critically endangered, according to the .

They are also known as the Far East leopard, the Manchurian leopard or the Korean leopard.