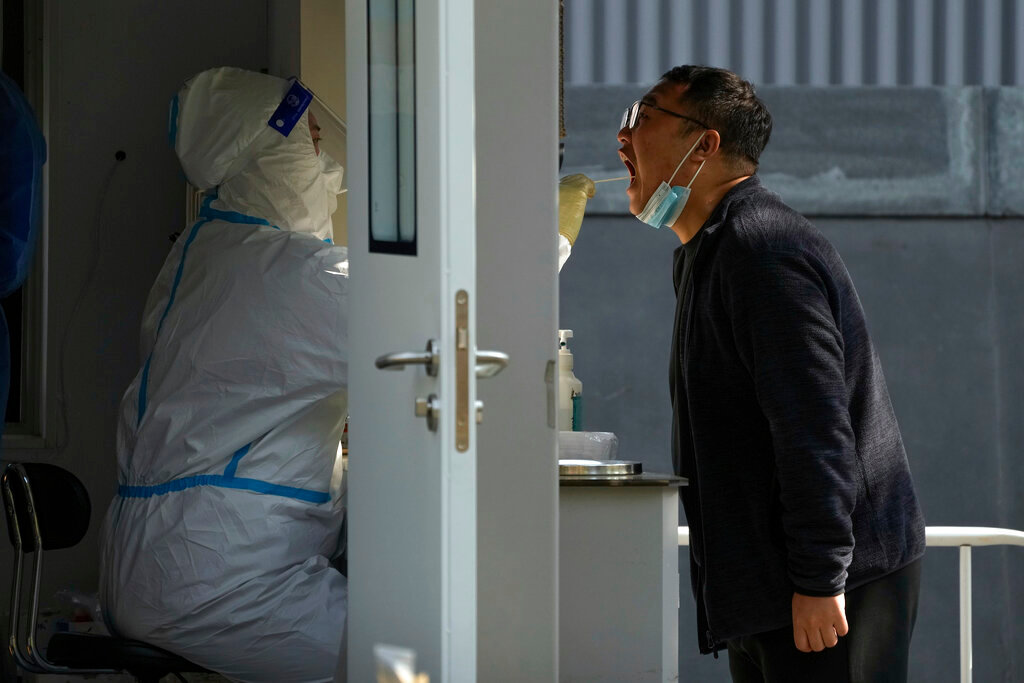 A worker in protective suit collects a sample from a man at a coronavirus testing site in Beijing, Tuesday, Nov. 8, 2022. (AP Photo/Andy Wong) 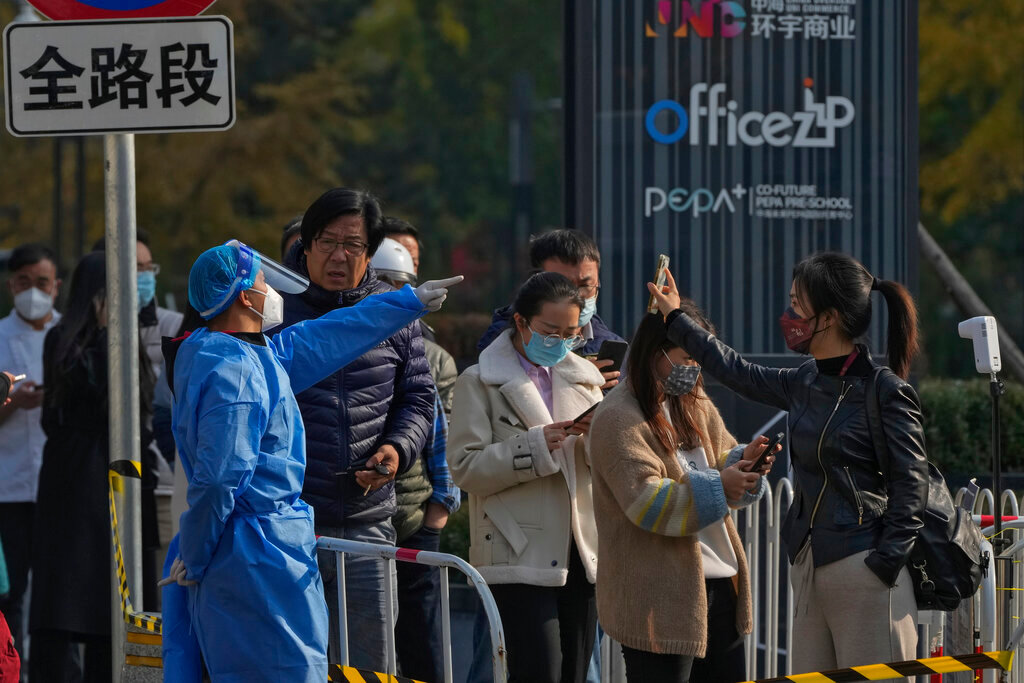 A woman, right, wearing a face mask shows her health check QR code as she and others line up to get their routine COVID-19 throat swabs at a coronavirus testing site in Beijing, Tuesday, Nov. 8, 2022. (AP Photo/Andy Wong) 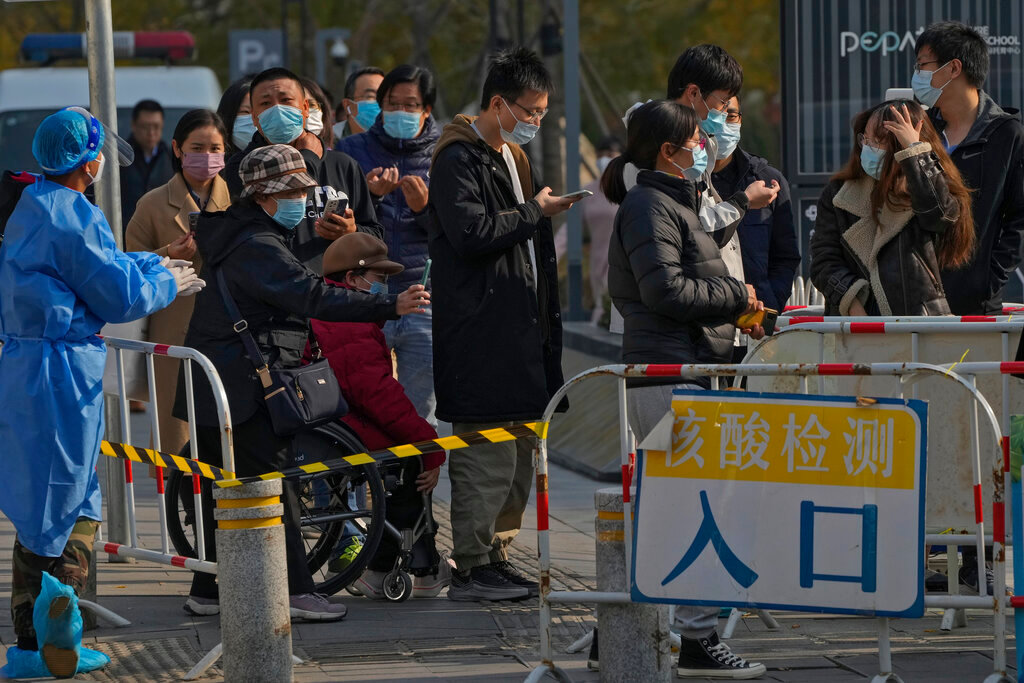 People use their smartphones to scan the health check QR codes before getting their routine COVID-19 throat swabs at a coronavirus testing site in Beijing, Tuesday, Nov. 8, 2022. (AP Photo/Andy Wong)
Previous Next
Posted Tuesday, November 8, 2022 9:17 am

The violence comes as China reports new cases nationwide, with 2,230 cases reported Tuesday in the southern manufacturing and technology hub of Guangzhou.

While the numbers remain relatively low, China has relentlessly pursued its strict “zero-COVID” policy of quarantines, lockdowns and daily or near-daily compulsory testing.

A news release from the police department in the Shandong city of Linyi said public security would take strong measures against those who “illegally violated the legal rights of personal protection of citizens.”

Anti-pandemic measures have prompted backlashes across the country, forming a rarely seen challenge to Communist Party authority. It wasn’t immediately clear who was arrested after the clash. News of the arrests appeared on social media Tuesday morning, but were erased by the country's censors before noon.

Chinese leader Xi Jinping has made “zero-COVID” a hallmark of his administration, which gained a boost last month after he was granted a third five-year term in power and promoted loyalists to top positions.

Those include the former party leader of Shanghai, where a draconian lockdown over the summer led to food shortages, confrontations with authorities and severe disruptions to global supply chains that have grown dependent on Chinese manufacturing and shipping.

While the rest of the world has mostly opened up, China has taken only highly cautious minor steps, with its borders still largely closed and officials under heavy pressure to enforce restrictions.

Speculation about a possible relaxation of “zero-COVID” roiled markets, but the government has kept its plans, including the possibility of importing foreign vaccines, a closely held secret.

Last week, access to the industrial zone where a factory that manufactures Apple iPhones is located was suspended for one week following a surge in infections in Zhengzhou and the departure of workers from the factory. Many climbed fences and walked along highways to avoid being placed in quarantine centers where food, sanitation and privacy standards have been heavily criticized.

Apple announced Sunday that customers will have to wait longer to get its latest iPhone models, saying the Foxconn factory in the central Chinese city Zhengzhou is “operating at significantly reduced capacity.”