Rugby and Revival: a True story of Hope in Wales 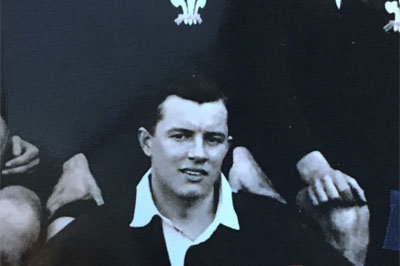 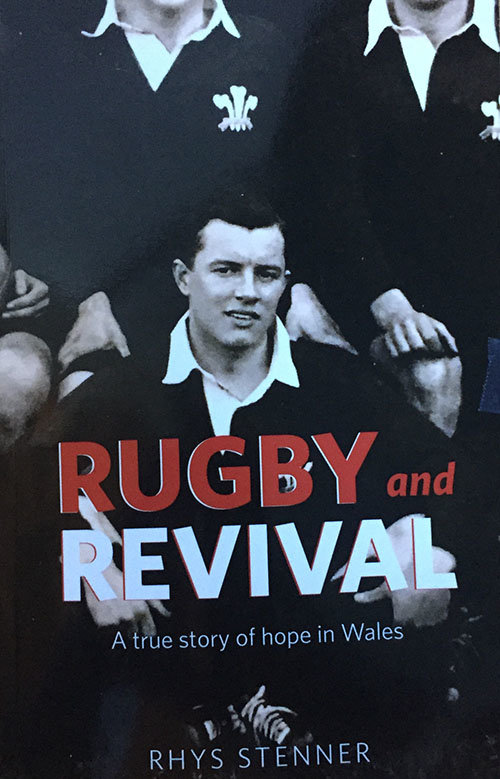 "Rugby and Revival," written by New Hope Baptist Church, Fayetteville Pastor Rhys Stenner, ties together the national sport and a historical event both dear to the heart of the author's native Wales.

Rhys Stenner, pastor of New Hope Baptist Church in Fayetteville, grew up around Wales’ national sport, rugby, and loved the Memorial Ground where Bristol’s rugby team played their home games. He was named after his grandfather, Ronnie Rhys Morris, who was on the Bristol Rugby Football Club from 1933 to 1937. He played outside-half and was capped twice, both times against Scotland.

For the uninitiated, a cap is a metaphorical term for a player’s appearance in a game at the international level. The term dates back to the practice of awarding a cap to every player, not including a substitute, playing at that high level. Rhys stated, “I got used to Grandpa being 'somebody' at the rugby.”

He added, “Everybody knew that Grandpa and I had a soul-connection. At least it was obvious to me. Or maybe it was that we were both just rugby-mad.”

Rhys tells about the death of his dad in 1978. He remembered that prior to his death, his dad he said to him that “God was holy and that I was not.” Rhys had often asked why Jesus died on a cross, but thought being a Christian meant being “moral and kind.” However at age 11 he won a Bible as a class prize and began to read it. “I developed a sense of the holiness of God without knowing the phrase,” he commented.

'My life was changing'

Saved and baptized in March 1979, Rhys became a part of Teignmouth Baptist Church. After his baptism he gave a simple testimony in front of about 200 people. He said, “Jesus is everything to me.”

He added, “They say that the 1904-05 Welsh revival sparked to life when young Florrie Evans declared to sniggering friends, 'I love the Lord Jesus with all my heart.'”

By 1980 Rhys was sent by the church on a trip to Dallas, TX, where he was the guitarist and singer for the church’s first partnership mission. He stated, “My life was changing. I felt a call for this to be my life-mission.”

Rugby and Revival is a beautiful story of how both rugby and revival enhanced Wales’ visibility in the world and how Rhys is tying them both together to glorify the Lord. Although he was born many years after the great Welsh revival, stories of the spiritual awakening have helped to shape Rhys’ life and given him hope for another sweeping revival in Wales and America.

A hope for tenderness

Rhys commented, “A glorious revival remembered across the world is a story often re-told. I tell the stories of the revival, often at New Hope, always in Wales, and I hope that in the next 20 years we will yet see a tenderness in the hearts of the people as we have seen on so many glorious nights in Wales.”

The New Hope pastor tells about one of his church’s mission experiences in Neath’s St. David’s Church, when the building was jam-packed with as many as 800 people and an additional 100 standing outside in the rain. Fifty-eight of them responded to the Gospel

Stenner has led New Hope to mission fields all over the world, but admits that “the Welsh mission has grown and so has the connection with rugby.”

Rhys Stenner’s book is beautifully written, flavored with his own unique Welsh/British style, full of personal stories, very instructive, and amazingly inspiring. It is the kind of book that you may want to read through from start to finish on some quiet evening. If you do, you will go to bed encouraged and with renewed hope that revival can happen in your church or community.

Go to www.amazon.com and get your copy today.

NATO calls Russia its 'most significant and direct threat'