Russian strikes hit Ukraine, most of Kyiv without water 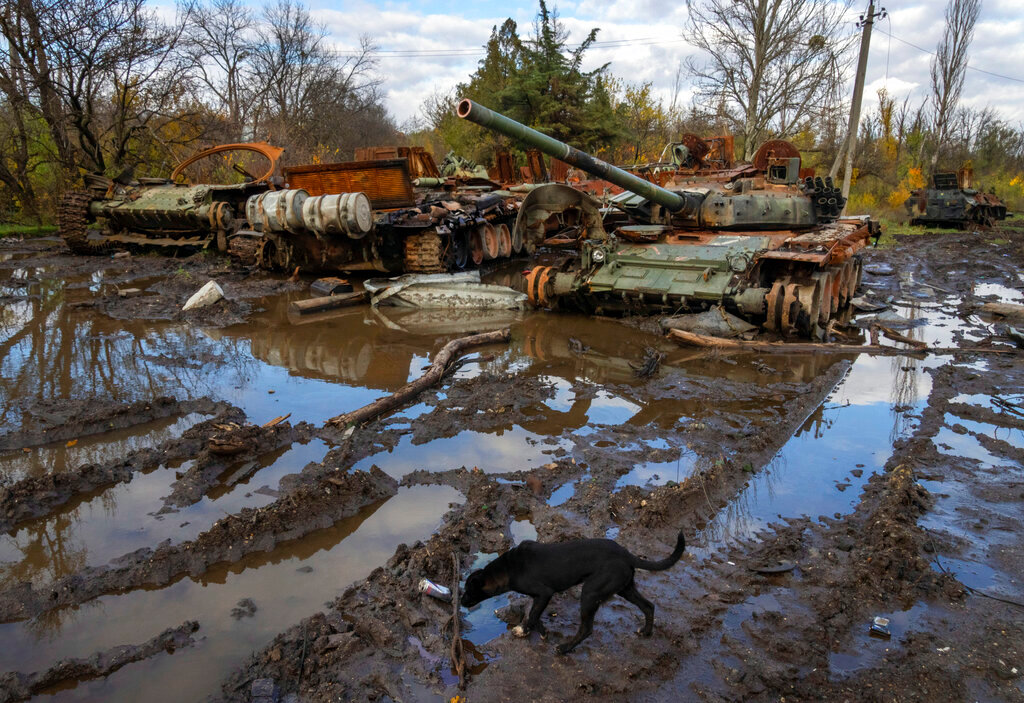 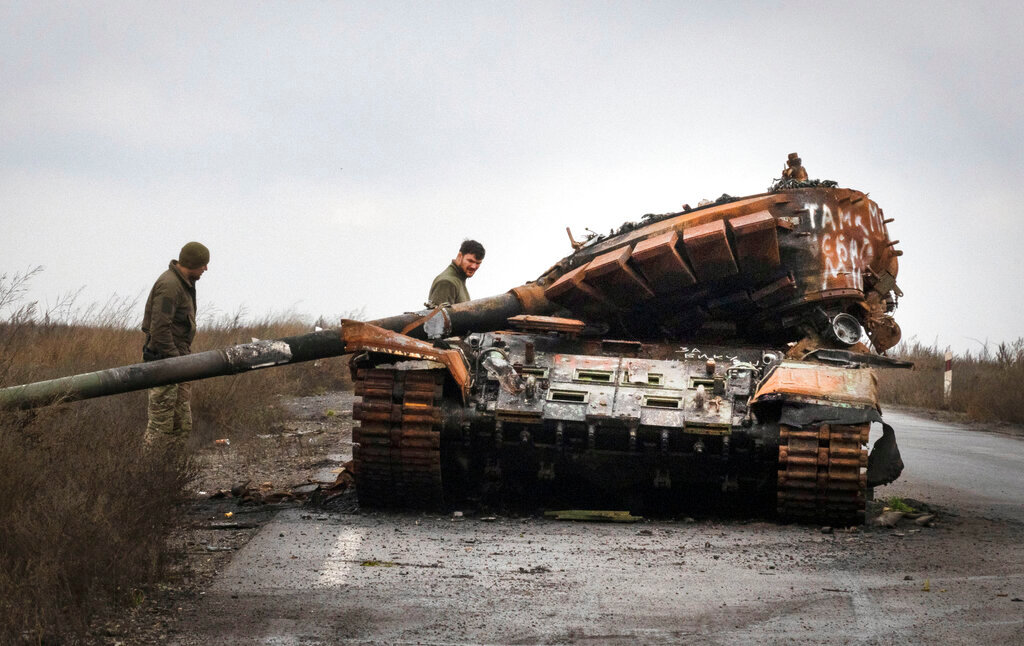 KYIV, Ukraine (AP) — A massive barrage of Russian strikes hit critical infrastructure in Kyiv, Kharkiv and other Ukrainian cities on Monday morning, knocking out water and power supplies in apparent retaliation for what Moscow alleged was a Ukrainian attack on its Black Sea Fleet over the weekend.

Russia has intensified its attacks on Ukraine's power plants and other key infrastructure as the war enters its ninth month. Large parts of Ukraine are already experiencing rolling power cuts as a result of Russia's strategy.

Russia’s Defense Ministry said its forces carried out “strikes with long-range high-precision air and sea-based weapons against the military command and energy systems of Ukraine.”

"The goals of the strikes were achieved. All designated targets were hit,” the ministry said in a statement.

Ukraine’s air force said it shot down 44 of more than 50 cruise missiles that were launched by Russia.

Hundreds of localities in seven Ukrainian regions were left without power, he said in a Facebook post, adding that “the consequences could have been much worse” if the Ukrainian forces hadn’t shot down most of the Russian missiles.

Thirteen people were wounded as a result of morning attacks, the head of the National Police Ihor Klymenko said on national television.

Loud explosions were heard across the Ukrainian capital in the early morning as residents prepared to go to work. The emergency services sent out text message warnings about the threat of a missile attack, and air raid sirens wailed for three hours during the morning commute time.

“The Kremlin is taking revenge for military failures on peaceful people who are left without electricity and heat before the winter,” Kyiv region Gov. Oleksii Kuleba said.

Kyiv Mayor Vitali Klitschko said 80% of consumers in the city of 3 million people were left without water supplies because of the damage to a power facility.

Local authorities were working on restoring the supplies as soon as possible, Klitschko said, telling Kyiv residents in the meantime to “stock up on water from the nearest pump rooms and points of sale.”

Andriy Yermak, the head of the office of President Volodymyr Zelenskyy, vowed that the attacks on civilian facilities would not weaken Ukraine's resistance.

“We will persevere, and generations of Russians will pay a high price for their disgrace,” Yermak said.

The attacks occurred just before Czech Prime Minister Petr Fiala and many top members of his government, including the foreign, defense and interior ministers, arrived in Kyiv in the latest show of support from European leaders for Ukraine.

“The Ukrainians are fighting not only for their country but also for the whole of Europe. Our support must continue,” Fiala tweeted from Kyiv.

Smoke was seen rising from the left bank of the Dnieper River in Kyiv, either from a missile strike or where it was shot down by Ukrainian forces.

A resident of the area said he heard four loud explosions that rocked the area.

“At first I thought I heard a jet going by, but then I realized it was a missile,” said Serhii, who refused to give his full name. “The explosions were so loud! I consider myself experienced and prepared for attacks like this. But it was way too close and loud. I was frightened, really frightened.”

The attack comes two days after Russia accused Ukraine of a drone attack against Russia’s Black Sea Fleet off the coast of the annexed Crimean Peninsula. Ukraine has denied the attack, saying that Russia mishandled its own weapons, but Moscow still announced halting its participation in a U.N. and Turkey-brokered deal to allow safe passage of ships carrying grain from Ukraine.

Turkish President Recep Tayyip Erdogan said his country was determined to press forward with the grain deal, which has allowed more than 9 million tons of grain to be exported from Ukraine.

“The suspension of the agreement affects all humanity. We remind the parties concerned to reconsider their decisions,” Akar said. “Those in need were already urgently awaiting the grains. The situation will only get worse."