Social Security payments set for big increase. What to know. 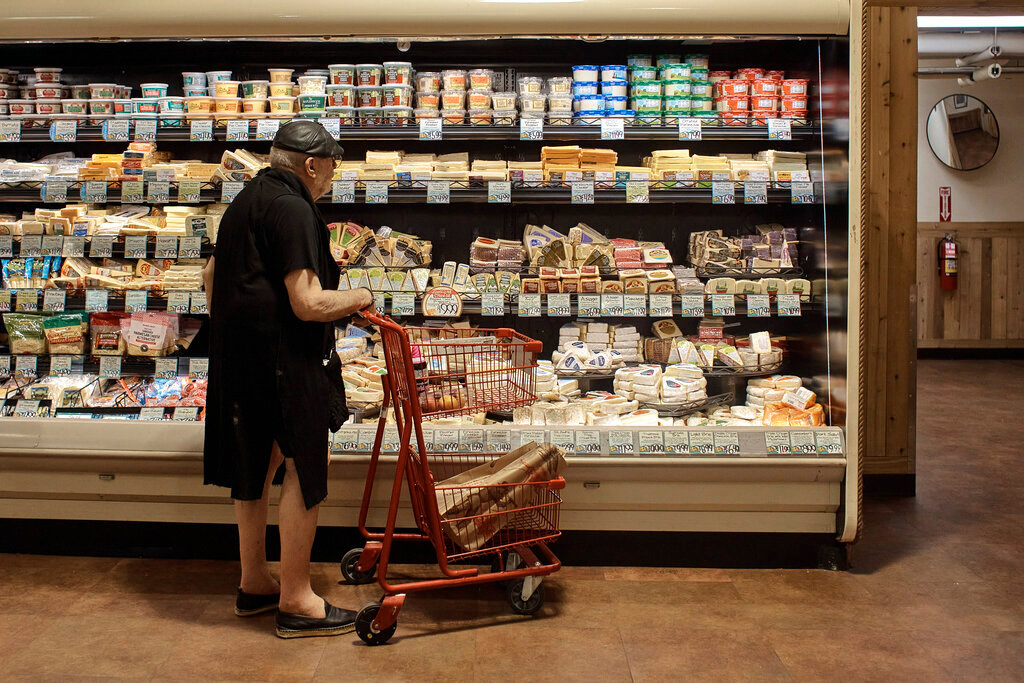 NEW YORK (AP) — Tens of millions of older Americans are about to get what may be the biggest raise of their lifetimes.

On Thursday, the U.S. government is set to announce how big a percentage increase Social Security beneficiaries will see in monthly payments this upcoming year. It’s virtually certain to be the largest in four decades. It’s all part of an annual ritual where Washington adjusts Social Security benefits to keep up with inflation, or at least with one narrow measure of it.

Plenty of controversy accompanies the move, known as a cost-of-living adjustment or COLA. Critics say the data the government uses to set the increase doesn’t reflect what older Americans are actually spending, and thus the inflation they’re actually feeling. The increase is also one-size-fits-all, which means beneficiaries get the same raise regardless of where they live or how big a nest egg they may have.

Here’s a look at what’s happening:

The U.S. government is about to announce an increase to how much the more than 65 million Social Security beneficiaries will get every month. Some estimates say the boost may be as big as 9%.

WHAT DO BENEFICIARIES HAVE TO DO TO GET IT?

WILL THIS BE THE BIGGEST INCREASE EVER?

No, but it’s likely the heftiest in 40 years, which is longer than the vast majority of Social Security beneficiaries have been getting payments. In 1981, the increase was 11.2%.

WHEN WILL THE BIGGER PAYMENTS BEGIN?

January. They’re also permanent, and they compound. That means the following year’s percentage increase, whatever it ends up being, will be on top of the new, larger payment beneficiaries get after this most recent raise.

HOW BIG WAS THIS PAST YEAR’S INCREASE?

5.9%, which itself was the biggest in nearly four decades.

Since 2000, it’s averaged 2.3% as inflation remained remarkably tame through all kinds of economic swings. During some of the toughest years in that stretch, the bigger worry for the economy was actually that inflation was running too low.

Since the 2008 financial crisis, the U.S. government has announced zero increases to Social Security benefits three times because inflation was so weak.

SO THE INCREASE IS TO MAKE UP FOR INFLATION?

That's the intent. As Americans have become painfully aware over the past year, each dollar doesn't go as far at the grocery store as it used to.

HAS SOCIAL SECURITY ALWAYS GIVEN SUCH INCREASES?

No. The first American to get a monthly retirement check from Social Security, Ida May Fuller from Ludlow, Vermont, got the same $22.54 monthly benefit for 10 years.

Automatic annual cost-of-living adjustments didn't begin for Social Security until 1975, after a law passed in 1972 requiring them.

HOW IS THE SIZE OF THE INCREASE SET?

It's tied to a measure of inflation called the CPI-W index, which tracks what kinds of prices are being paid by urban wage earners and clerical workers.

More specifically, the increase is based on how much the CPI-W increases from the summer of one year to the next.

IS THAT THE INFLATION MEASURE EVERYONE FOLLOWS?

No. People generally pay more attention to a much broader measure of inflation, the CPI-U index, which covers all urban consumers. That covers 93% of the total U.S. population.

The CPI-W, meanwhile, covers only about 29% of the U.S. population. It has been around longer than the CPI-U, which the government began compiling only after the legislation that required Social Security's annual increases be linked to inflation.

Yes, and some critics have argued for years that Social Security should change to a different measure, one that’s pegged to older people in particular.

Another experimental index, called CPI-E, is supposed to offer a better reflection of how Americans aged 62 and above spend their money. It has historically shown higher rates of inflation for older Americans than the CPI-U or CPI-W, but it has not taken hold. Neither have other measures compiled by organizations outside the government that hope to show how inflation affects older Americans specifically.

Recently, the CPI-E has shown a bit milder inflation than CPI-W or CPI-U.

WHY NOT USE ONE OF THOSE OTHER INDEXES?

To calculate the CPI-E, the government pulls from the same survey data used to measure the broad CPI-U. But there are relatively few older households in that data set, meaning it may not be the most accurate.

All indexes give just a rough approximation of what inflation really is. But the more pressing challenge may be that if the government switched to a different index, one that showed higher inflation for older Americans, Social Security would have to pay out higher benefits.

That in turn would mean a faster drain on Social Security's trust fund, which looks to run empty in a little more than a decade at its current pace.

HOW IS THE SIZE SET FOR SOCIAL SECURITY BENEFITS?

Through a complicated formula that takes into account several factors, including how much a worker made in their 35 highest-earning years. Generally, those who made more money and those who wait longer to start getting Social Security get larger benefits, up to a point.

This year, the maximum allowed benefit for someone who retired at full retirement age is $3,345 monthly.

WILL RICH PEOPLE GET THE SAME BOOST IN SOCIAL SECURITY?

Yes. Everyone gets the same percentage increase, whether they have millions of dollars in retirement savings or are just scraping by.

IF THE INCREASE IS BASED ON INFLATION IN URBAN AREAS, WILL PEOPLE IN RURAL AREAS GET THE SAME BOOST?

“The COLA doesn't take into account where you live or your actual spending patterns,” said William Arnone, CEO of the National Academy of Social Insurance. "For some people, it's an overstatement of cost of living for, say, small towns in the Midwest versus urban areas like New York, D.C. or Chicago. With many older people choosing to live in suburban areas or rural areas, some will benefit more” than others from the same-sized increase.

DO BIGGER PAYOUTS NOW MEAN SMALLER PAYOUTS IN THE FUTURE?

The expected increase is great news for every beneficiary and for the businesses around them that could see more in sales. But it also means the Social Security system will pay out more money sooner, which can add more strain on its trust fund.

One year of big increases driven by inflation won't drain the system by itself, but it's already long been heading toward an unsustainable future. The latest annual trustees report for Social Security said its trust funds that pay out retirement and survivors and disability benefits will be able to pay scheduled benefits on a timely basis until 2035. After that, incoming cash from taxes will be enough to pay 80% of scheduled benefits.

WILL THIS MAKE INFLATION WORSE?

It will put more cash in the hands of people who mostly really need it, and they're very likely to use it. That will feed more fuel into the economy, which could keep upward pressure on inflation.

Social Security's boost, though, will have a smaller impact on the economy than past stimulus packages provided by Washington, snarls in supply chains caused by worldwide shutdowns of businesses or other factors that economists say are behind the worst inflation in decades.

Many economists expect inflation to come down as interest-rate hikes take effect and supply chains continue to improve.

This is key for many Social Security beneficiaries. That would mean the COLA they receive this upcoming year would be bigger than the inflation they're feeling at the moment. That would help make up for this past year, where actual inflation far outstripped the cost-of-living increase they got in January 2022.