Spirit of giving is a heart in tune with God's love 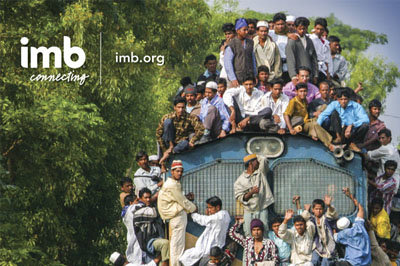 NASHVILLE (BP) — One of the most-often quoted and best-known verses in the entire world is John 3:16. I remember witnessing to a young man years ago who stated that this was the only Bible verse he knew. He had seen it so many times on signs at sporting events that he actually looked it up. That was a great launching point to share the Gospel with him. It truly is one of the greatest verses in all of God's Word!

One of the things I love about the verse is its message that God is the great Giver. It begins by saying, "For God so loved the world that He gave ..." Our God demonstrated to us that giving is a great way to express love.

For the believer, giving is a great spiritual discipline that expresses the very heart of God. Our giving should also express our heart. The Week of Prayer for International Missions, an annual event planned at Christmastime, is designed to remind us of the urgency of giving. The Lottie Moon Christmas Offering for International Missions, which is promoted during the week of prayer, Nov. 29-Dec. 6, is certainly an opportunity for us to express our heart of concern for billions of people who have yet to hear the Gospel of the Lord Jesus Christ.

When I was a child, I remember watching my family as they opened presents. It was a joyful time, but I thought there was something odd about my father's actions. He would get a few gifts, as we all did, but he never wanted to open them. In fact, he was most pleased by watching his children open their gifts. At the time, I thought this was a very unusual reaction. However, as I became a father and later a grandfather, I began to understand why my father acted that way. He simply loved to give and watch the recipient open the gift. I have tried to become like that in my adult life. It is a great way to express one's heart of love. 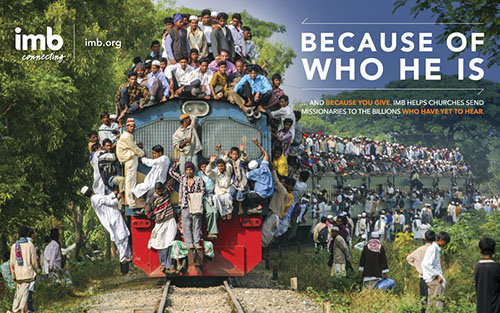 In my role with the Executive Committee, I have the opportunity to travel extensively, both nationally and internationally. I like to tell people that I am the luckiest man in the Southern Baptist Convention because I have a front row seat to see what is happening across our nation and around the world. As I have traveled to places like Spain, Cuba, Mexico, Germany, and Canada, I have seen God working in powerful ways. Over the years, I have visited every continent except Antarctica and have seen God at work everywhere I've been. As we give, we provide the means for ministry and missions to take place in powerful ways.

Do you love people? Do you love the lost? Do you love those who have not yet heard? God does, and we should as well. One of the greatest ways to express our love is by giving as Jesus did. Let us give of our resources, our time, and our prayers. Let us be great givers like God is.

I encourage you to do your part to make this year's Lottie Moon Christmas Offering the greatest, by far, over any previous year's offering. I ask you to join me and my family in a recommitment to being givers. What better way to be an example to others than through a sacrificial offering to the Lottie Moon Christmas Offering? Let's make sure we give more than ever before so that the Gospel can go further than ever before.