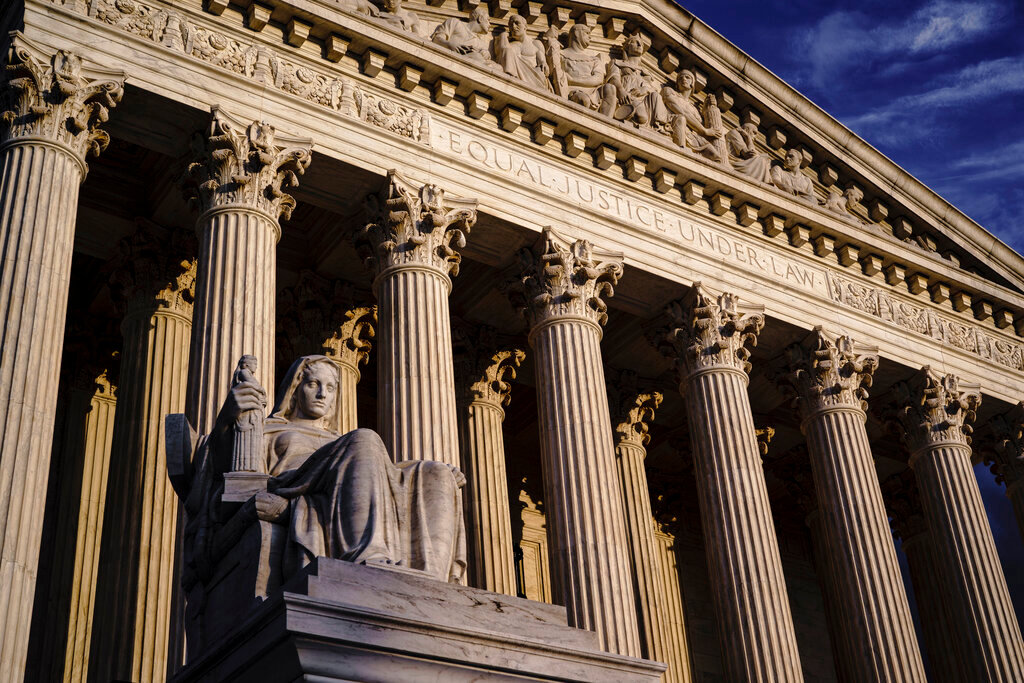 WASHINGTON (AP) — The Supreme Court said Friday it will hear the case of a former Seattle-area football coach who was removed from his job because he refused to stop praying on the field.

Former Bremerton High School coach Joe Kennedy’s lawyers say the religious beliefs of their client, who is Christian, “compelled him to give thanks through prayer at the conclusion of each game for what the players accomplished and for the opportunity to be part of their lives through football.” After games had ended and after both teams’ players and coaches met at midfield to shake hands, Kennedy would kneel and offer a silent or quiet prayer.

His practice evolved, however. Students came to join him, and he eventually began to give motivational speeches that often included religious content and a short prayer.

In 2019, at an earlier stage of the case, the high court rejected getting involved. At that time, however, four conservative justices said while it was too early to get involved, they were interested in the case and the legal issues it raises.

In a statement issued Friday after the court agreed to hear the case, Kelly Shackelford, the head of First Liberty Institute, which is representing Kennedy, said, “No teacher or coach should lose their job for simply expressing their faith while in public.”

“By taking this important case, the Supreme Court can protect the right of every American to engage in private religious expression, including praying in public, without fear of punishment,” Shackelford said.

The school district is represented by Americans United for Separation of Church and State.

The case is expected to be argued in the spring.