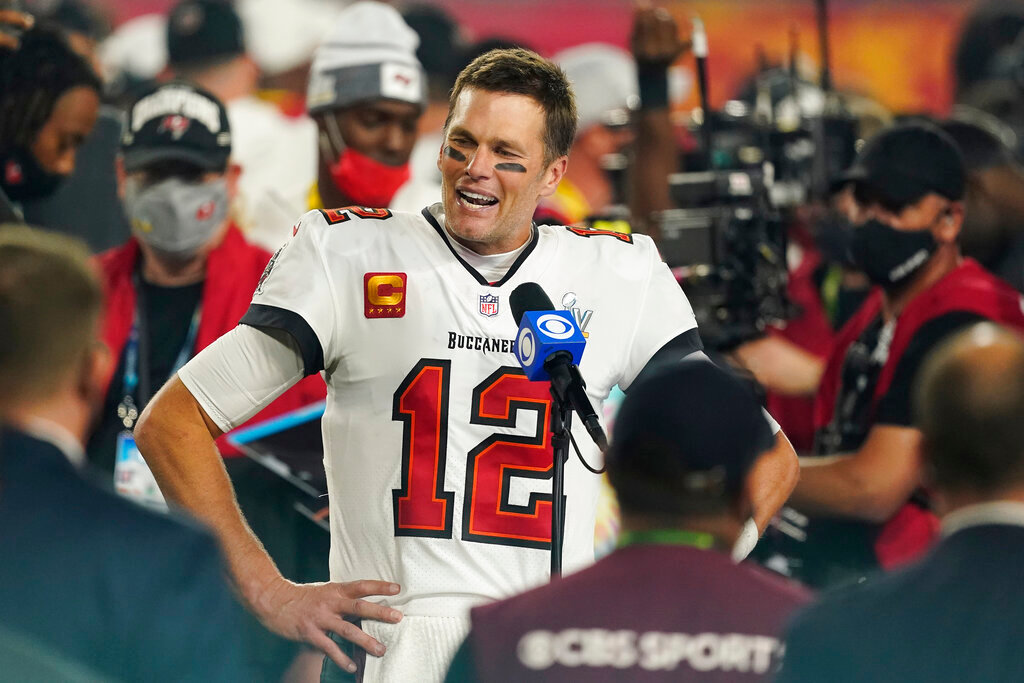 Tampa Bay Buccaneers quarterback Tom Brady speaks to reporters on the field after Super Bowl LV against the Kansas City Chiefs, in Tampa, Fla., Sunday, Feb. 7, 2021. The first 2022 regular-season NFL game in Germany will be between the Tampa Bay Buccaneers and the Seattle Seahawks at the home of soccer club Bayern Munich. Brady, who won two games with the New England Patriots in London and another in Mexico City, could become the first quarterback to start a game in three foreign countries. (AP Photo/Steve Luciano, File) 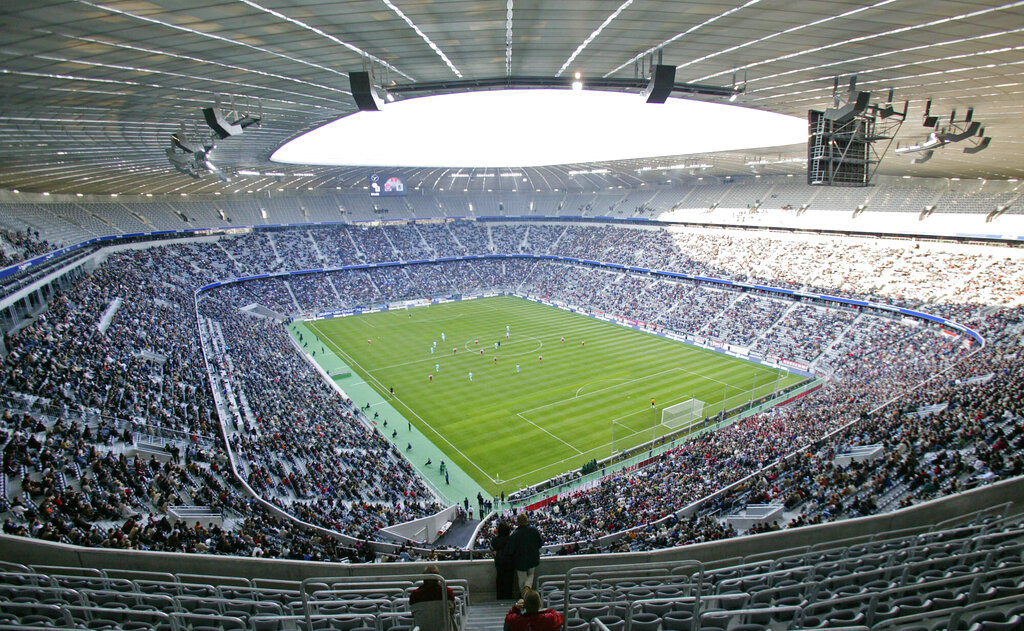 Spectators enjoy a test match between former players of Munich's soccer clubs FC Bayern and TSV 1860 on May 19, 2005, at Allianz Arena in Munich, Germany. The first regular-season NFL game in Germany will be between the Tampa Bay Buccaneers and the Seattle Seahawks at the home of soccer club Bayern Munich. The game will take place at the Allianz Arena on Nov. 13, the NFL said Wednesday. (AP Photo/Uwe Lein, File)
Previous Next
Posted Wednesday, May 4, 2022 11:28 am

LONDON (AP) — The first regular-season NFL game in Germany will be between the Tampa Bay Buccaneers and the Seattle Seahawks at the home of soccer club Bayern Munich.

The game will take place at the Allianz Arena on Nov. 13, the NFL said Wednesday. Frankfurt will also be staging a regular-season game in Germany during the next four years.

Tampa Bay's Tom Brady could become the first quarterback to start a game in three foreign countries. He won two games with the New England Patriots in London and another in Mexico City.

The schedule for the three NFL games in London next season was also announced, with the Green Bay Packers becoming the final team to play in Europe.

The Packers will take on the New York Giants on Oct. 9 at the home of Premier League soccer team Tottenham, a week after the Minnesota Vikings play the New Orleans Saints at the same stadium.

On Oct. 30, Wembley Stadium will host the Denver Broncos against the Jacksonville Jaguars, who played games there for seven straight seasons until 2019 before playing at Tottenham Hotspur Stadium last year.

The final international game will be between the San Francisco 49ers and the Arizona Cardinals on Nov. 21 in Mexico City.