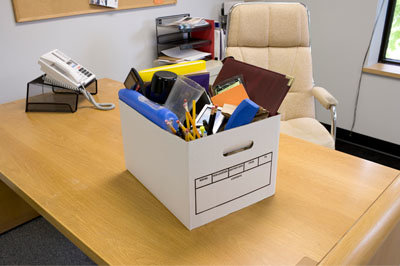 All too often I will hear from a forlorn pastor who has been terminated from his church; and occasionally I discover that the termination appears to be without just cause. It is an unfortunate and tragic anomaly when the sheep attack the shepherd.

Obviously, there are a number of legitimate reasons for pastors to be terminated and we shall discuss those causes in a future editorial, but in this column we shall devote our concerns to churches that devour their pastors and fire them without any justifiable reason.

For those pastors who fit into this category – of being fired without just cause – you are in good company. Forced termination without sufficient reason has impacted many great men of God. The first one that comes to mind is Jonathan Edwards.

Edwards is often considered the greatest theologian in American history and the central figure in the First Great Awakening. His sermon, “Sinners in the Hands of an Angry God,” was the spark that ignited that awakening. He was pastor of a congregation in Northampton, MA for 23 years.

He was a man of physical chastity, moral purity, and spiritual integrity and true to the fundamentals of the faith. However, he did not hesitate to call sin an abomination before a holy God and spent most of his time in sermon preparation and generally visited only those who needed his ministry in times of sickness or some other emergency. His insistence upon his church members giving evidence of their salvation experience through repentance and holiness created serious issues with some of his leading members, ultimately resulting in his termination.

All of a sudden, after almost a quarter of a century as pastor of the Northampton church Edwards was without employment with a wife and ten children to feed. Chris Armstrong, writing for Leadership Journal, details Edwards’ termination in an article entitled “Preacher in the Hands of an Angry Church.”

Five reasons why pastors are sometimes fired for unjust reasons

First, I have heard of churches terminating pastors who preach sermons that are too strong, too direct, and too convicting. In this day of tolerance and political correctness most people are not accustomed to direct, straightforward preaching. We listen to some of the television preachers and pastors who preach seeker-sensitive, felt-needs, consumer-friendly sermons and it makes real preaching look bad.

Therefore, when a preacher takes the Word of God and preaches with courage and conviction, calls sin an affront to God, and declares that all have sinned, hell is hot, heaven is sweet, judgment is certain, and Jesus alone can save, some people are going to get upset.

One preacher said, “Real, biblical preaching is loathed and avoided today, because sissy preaching is popular.”

Second, sometimes a pastor is terminated because there is a power group in the church that feels threatened. In far too many churches, particularly the smaller churches, there are usually a few people who want to control everything. In fact, in the October 2012 issue of SBC LIFE it was reported that “who’s going to run the church” – topped the list of reasons for termination.

I know of one church that had a business meeting and one of the men in the church stood up and asked why the pastor wanted to add another Sunday School class for young adults. He said, “We have too many of these young adults coming into the church anyway. Another class would just encourage more of them to come. They are changing the culture of our fellowship. We are not used to having all these children running around all over the place.”

The pastor said, “We should rejoice that these young couples are coming. Some of them have come to faith in Christ and these children are the future of the church.”

The man retorted, “I just don’t like these fifth column tactics you are using to change our church.”

The poor pastor didn’t even know what “fifth column tactics” was and went home that night and looked it up on the Internet and found that it was defined “as a clandestine group or subversive agents who attempt to undermine a nation’s (or church’s) solidarity by any means at their disposal.”

That man and a few of his relatives and friends began to denigrate the pastor and in a matter of two months he was terminated – unjustly.

Third, some pastors are terminated because they are used as scapegoats for the church’s decline. That is precisely what happened to Braves manager Fredi Gonzalez. Earlier this year the Braves fired Gonzalez after six seasons even though overall he had a winning record.

Sportscaster David O’Brien stated, “This is not about Gonzalez’s successes or failure as a manger for the Braves. But when I personally read the news, it was disappointing to see Gonzalez go through another firing for an underserved reason. The Braves are firing him after a roster the front office built with expectations of poor play ... played poorly.”

Sometimes when a church experiences a decline – in attendance, in baptisms, in giving – the lay leadership look for a scapegoat. The pastor is an easy target and so he is dismissed. It seems to make little difference that the community surrounding the church is declining in population or that the demographics are changing or that 85 percent of churches are in decline. They feel like some action should take place and so the pastor is terminated.

Fourth, some good pastors are terminated, because the church has a history of conflict and devouring pastors. John LaRue, Jr., writing for Christianity Online, commented, “Many churches even have a track record of being serial clergy killers. As you can imagine these are not very friendly environments to ministers. Some candidates are made aware of the church’s history before they arrive, but most are not informed. The desire to be in the ministry may cause potential pastors to overlook obvious problems and accept a position without giving due diligence. Still others are warmly welcomed into a fine church and over time the relationship sours.”

Fifth, pastors are often terminated because the lay leadership finally determines that he is not a good fit for the church. While the blame for that could be laid at the feet of both the pastor and the church, I think the church has greater culpability on this one.

I fear that many pastor search committees do not carefully vet the potential candidates for pastor. And in some cases the people chosen for the search team are not systematically or spiritually prepared to find a new pastor.

Getting proper training from the Georgia Baptist Mission Board’s Church/Minister Relations Ministry or the local associational office would be helpful. Entrusting the spiritual wellbeing of the church members to the man of God is an awesome responsibility. It must be approached with prayer, fasting, and adequate research. Churches need to find the right fit and not abandon the man they have called to be the shepherd of their flock.

In fact, I am convinced that often it is more likely true churches make good pastors more than pastors make good churches. After graduating from college and seminary I realized that I had been bombarded and beleaguered by seven years of liberal theology. In my first church after seminary I had several wonderful prayer warriors in the church that promised to pray for me daily. I had another couple that fed me great books and cassette tapes of powerful conservative pastors who nourished my soul. The people in that church were an untold blessing to me and I still cherish the memory of that fellowship.

The Bible has a word for sheep who would devour the shepherd: “Touch not mine anointed, and do my prophets no harm”(Ps. 105: 15). It is a dangerous thing to terminate a pastor without just cause. A responsible church will pray for their pastor and support him. You may have a part in making him one of God’s most gifted and influential pastors.

EDITOR:S NOTE: Another editorial to be posted Monday morning will explore conditions for when termination of a pastor is in order.