The domino of prayer 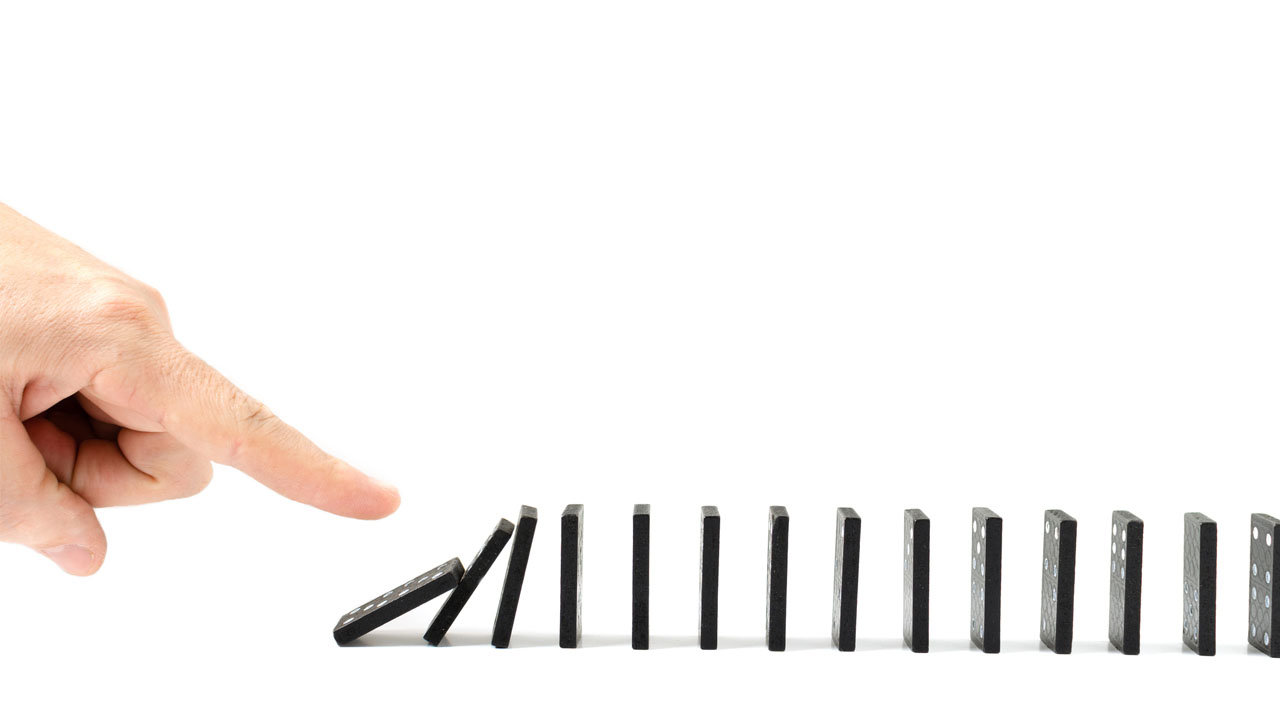 Prayer is more than me

When I became a Christian, I learned about the need for salvation and the reality of hell. I became determined that my family, friends, and people I met were going to hear about Jesus from me. I really was intense and – at times – not gracious. But, I was determined to “keep my family out of hell.” After months, and then years, I saw that it was not my gifted speech and intellectual argumentation that was going to save my family, specifically my father. It was going to take more than “me.”

I did not understand prayer.

I took prayer for granted as a young believer. It was something like a story I read. A new bar was being built in a small town. The local church did not want it there and began to pray against it. In fact, they held an all-night prayer meeting about it. The bar was soon hit by lightning and burned to the ground. The owner sued the church, stating that they were at fault for the destruction. The church’s lawyer defended them claiming they were not responsible. The judge in the case said, “No matter how this case comes out, one thing is clear. The tavern owner believes in prayer and the Christians do not.”

At some point, from the influence of other believers, I really made a priority of praying for people to be saved, starting with my family. I even put all of their names on a list in the prayer room in my college dorm so others would pray for their salvation too. Year after year, one by one, I saw them make decisions to follow Jesus … all but my father.

Following many years and hard circumstances, my father went to live with one of my brothers, who by then had become a pastor. He, his family, and his church were gracious to my dad, sharing their lives and words with him. For a little while he came to live with me. My family shared with my dad, and so did my church. We all tried in many different ways to help him to know Christ.

Dad returned to stay with my brother. After a few years and many tears, after praying and sharing, he finally decided to follow Jesus. This was the culmination of over 30 years of praying. He was soon baptized at a church with my brother in Oklahoma.

He passed a few years after that. And, even though I am sad at his passing, I am grateful that I did not give up praying for him. I know he trusted Christ, and I will see him again.

Write their names on a list and put it on your fridge, in your bedroom, on a poster, or even list as a screen-saver on your computer. Make it a priority to pray for them daily. Do not quit. It may take longer than a week, a month, or a decade. But, God does answer prayer.

It is like the Apostle Paul. He said it this way, “Brothers and sisters, my heart’s desire and prayer to God concerning them is for their salvation,” (Rom. 10:1). His heart was heavy for the salvation of his own people (Rom. 9:1-4).

If you and your church make it a priority to pray for lost people, it will be amazing to see how many of them begin to follow Jesus.