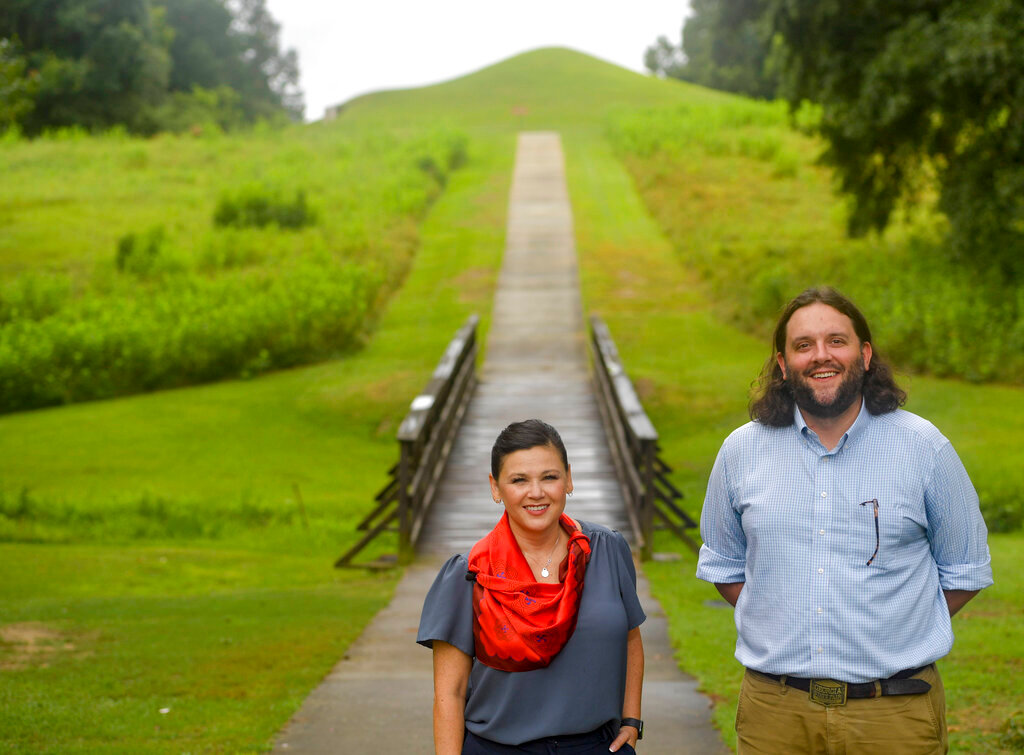 Tracie Revis, left, a citizen of the Muscogee Creek Nation, and Seth Clark, mayor pro-tem of Macon, stand at the approach to the Earth Lodge, where Native Americans held council meetings for 1,000 years until their forced removal in the 1820s, on Aug. 22, 2022, in Macon, Ga. (AP Photo/Sharon Johnson) 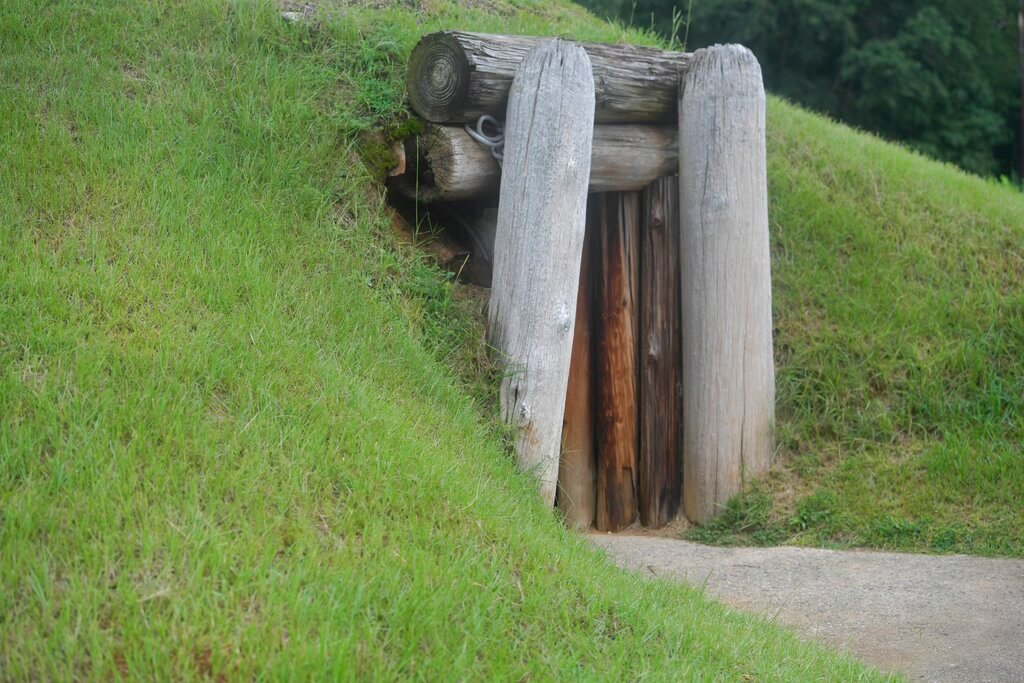 The entrance to the Earth Lodge, where Native Americans held council meetings, in Macon, Ga., is seen on Aug. 22, 2022. (AP Photo/Sharon Johnson) 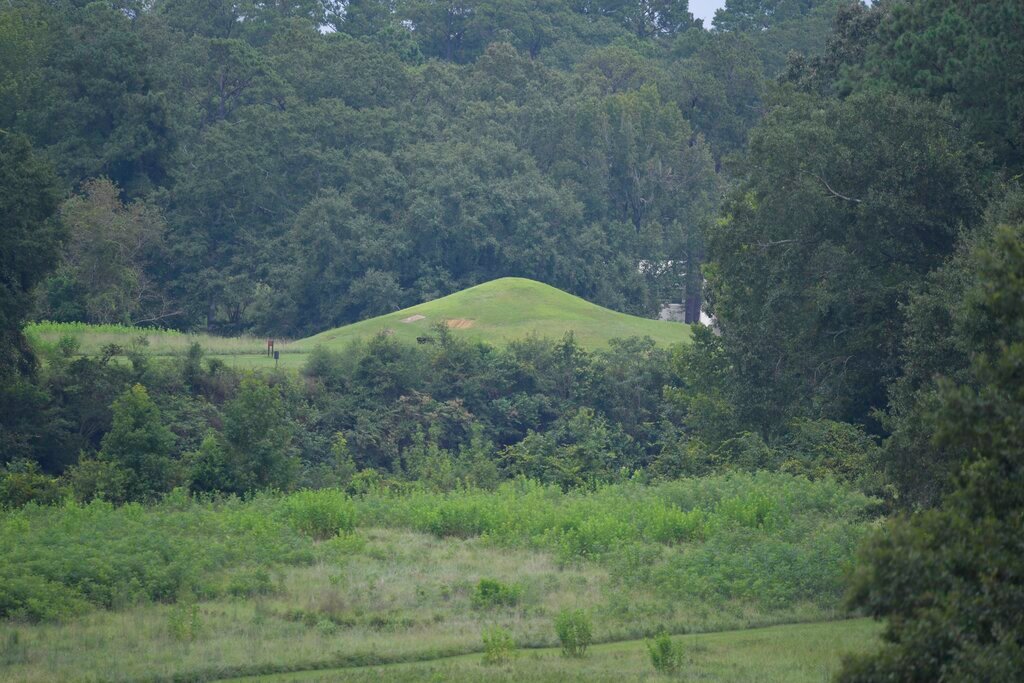 The remains of a funeral mound at the Ocmulgee Mounds National Historical Park in Macon, Ga., on Aug. 22, 2022. (AP Photo/Sharon Johnson) 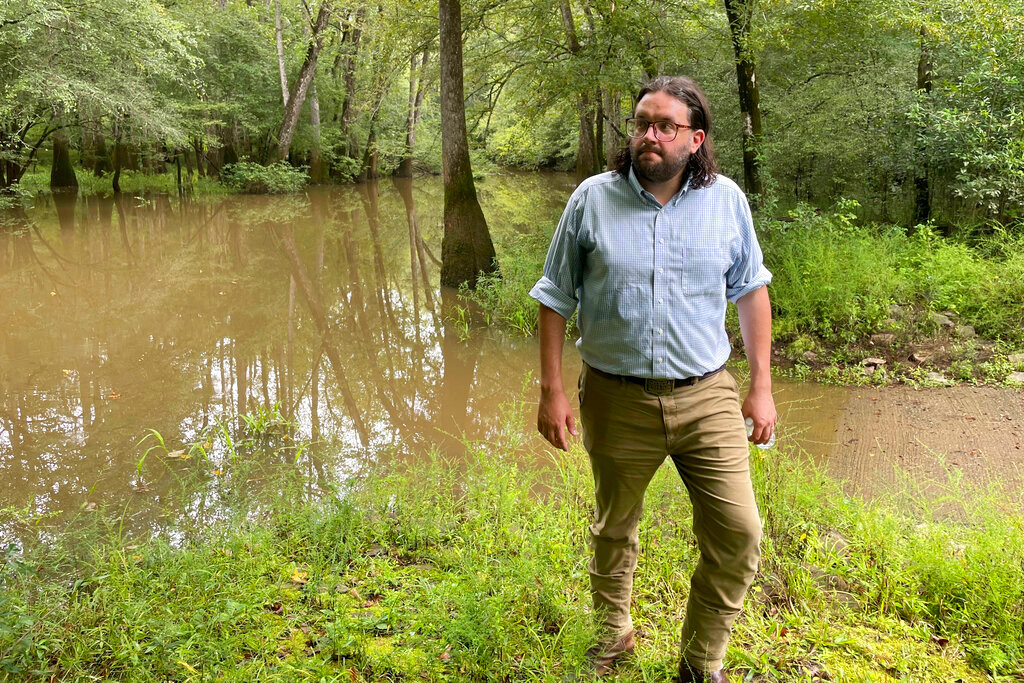 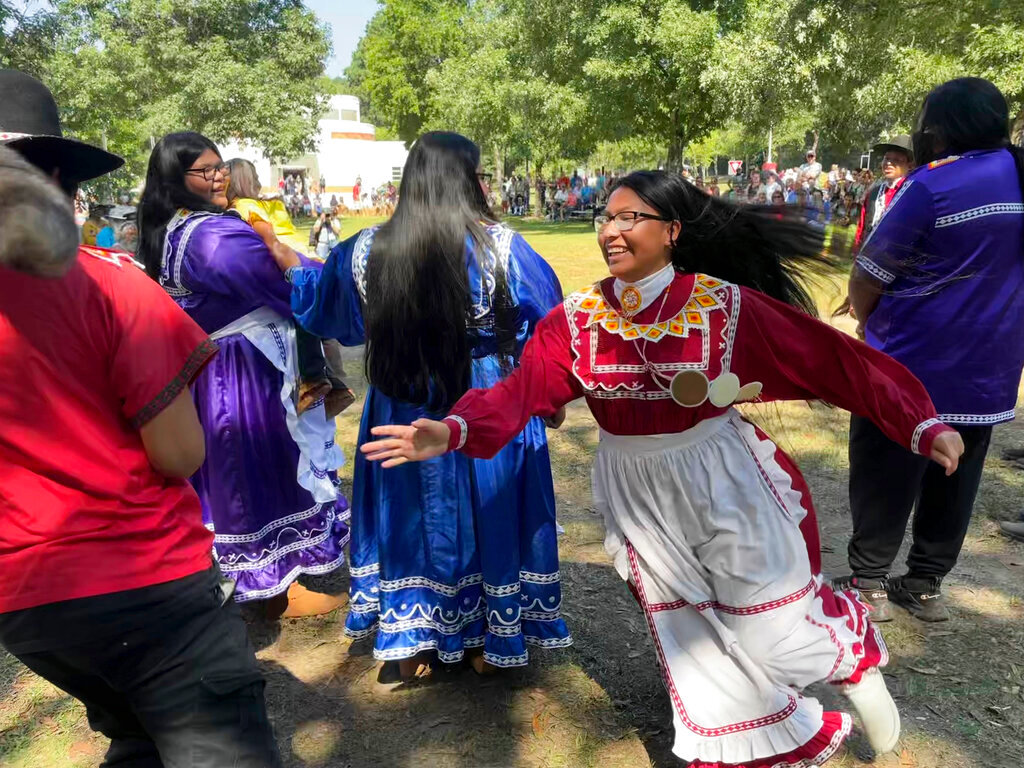 MACON, Ga. (AP) — When Tracie Revis climbs the Great Temple Mound, rising nine stories above the Ocmulgee River in the center of present-day Georgia, she walks in the steps of her Muscogean ancestors who were forcibly removed to Oklahoma 200 years ago.

If approved by Congress after a three-year federal review wraps up this fall, the mounds in Macon would serve as the gateway to a new Ocmulgee National Park and Preserve, protecting 54 river-miles of floodplain where nearly 900 more sites of cultural or historic significance have been identified.

Efforts to expand an existing historical park at the mounds site are in keeping with Interior Secretary Deb Haaland's “Tribal Homelands Initiative," which supports fundraising to buy land and requires federal managers to seek out indigenous knowledge about resources.

“This kind of land acquisition represents the best of what our conservation efforts should look like: collaborative, inclusive, locally led, and in support of the priorities of our country’s tribal nations,” Haaland said at last weekend's 30th Annual Ocmulgee Indigenous Celebration.

In an era when some culture warriors see government as the enemy, years of coalition-building have eliminated any significant opposition to federal management in the state. Hunting will still be allowed, even encouraged, to keep feral hogs from destroying the ecosystem. Georgia’s congressional delegation is on board, and the Muscogee (Creek) Nation has been welcomed as an essential partner.

“Our voice, our say has been all over this whole process for a while now,” said Revis, a Muscogee and Yuchi lawyer who moved to Georgia this year to join Seth Clark, mayor pro-tem of Macon, in advocating to give the National Park Service primary authority over the heart of her people's ancestral land, which once stretched across Georgia, South Carolina, Florida and Alabama.

“It’s a game changer for this region,” Clark said. “Reimagining our economic vitality through a sense of ecotourism is something that I just think is huge for this community.”

Gliding over the surface of the Ocmulgee, kayakers can see nothing but woodlands and wildlife, interrupted very occasionally by a bridge. Few know that 14 more ceremonial mounds, unexplored and vulnerable, rise from the swamps nearby.

Plans call for leaving the wilderness as untouched as possible while also building trails and access ramps. No land would be taken through eminent domain. Instead, park service oversight would facilitate raising money to expand the boundaries and increase public hunting areas by purchasing private wetlands from willing sellers.

The tribal government in Okmulgee, Oklahoma, also bought 130 acres of bottomland to be surrounded by the park. Principal Chief David Hill said there are no plans to develop it — they want it preserved so that their 97,000 citizens always have a place of their own in the cradle of their culture.

“Our history is here. Our ancestors are here. Our stories started here. And we are committed to ensuring that this cherished site is protected,” Hill said.