The music of the Flat Creek Sacred Singers transcends generations 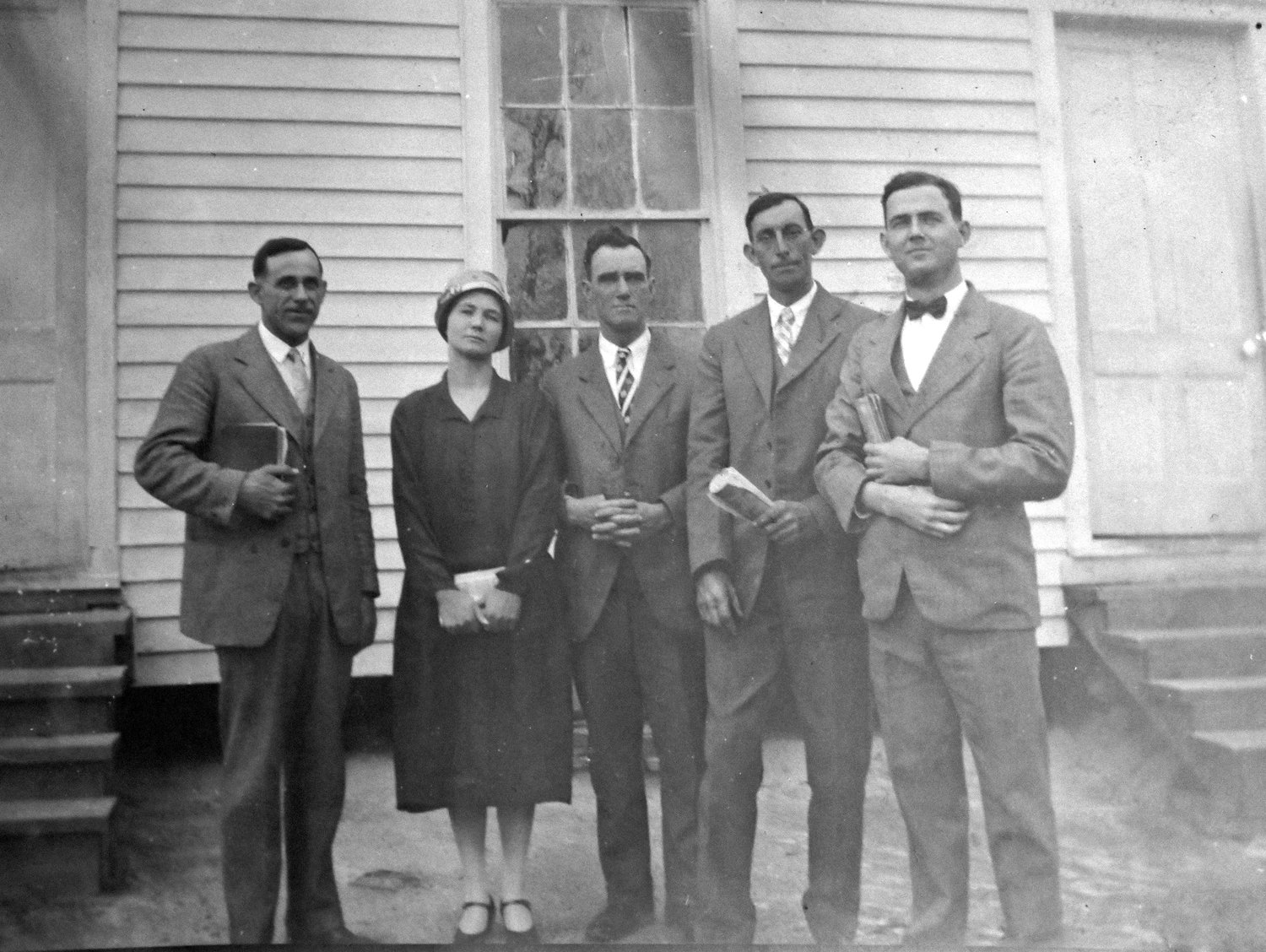 The Flat Creek Sacred Singers and their pastor A. H. Holland on left (ca.1928). 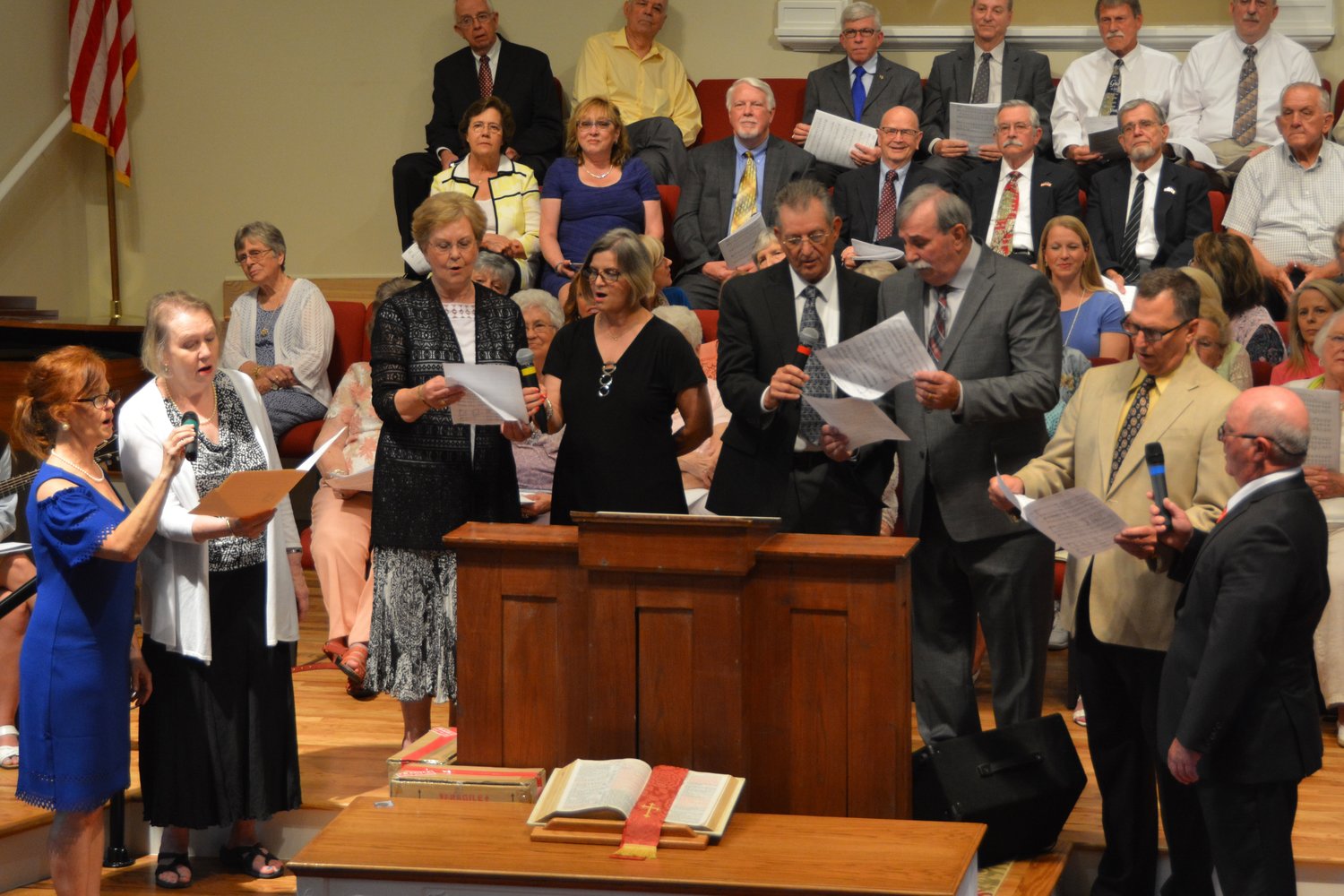 Descendants of the Flat Creek Sacred Singers sing at the bicentennial homecoming in May 2018. 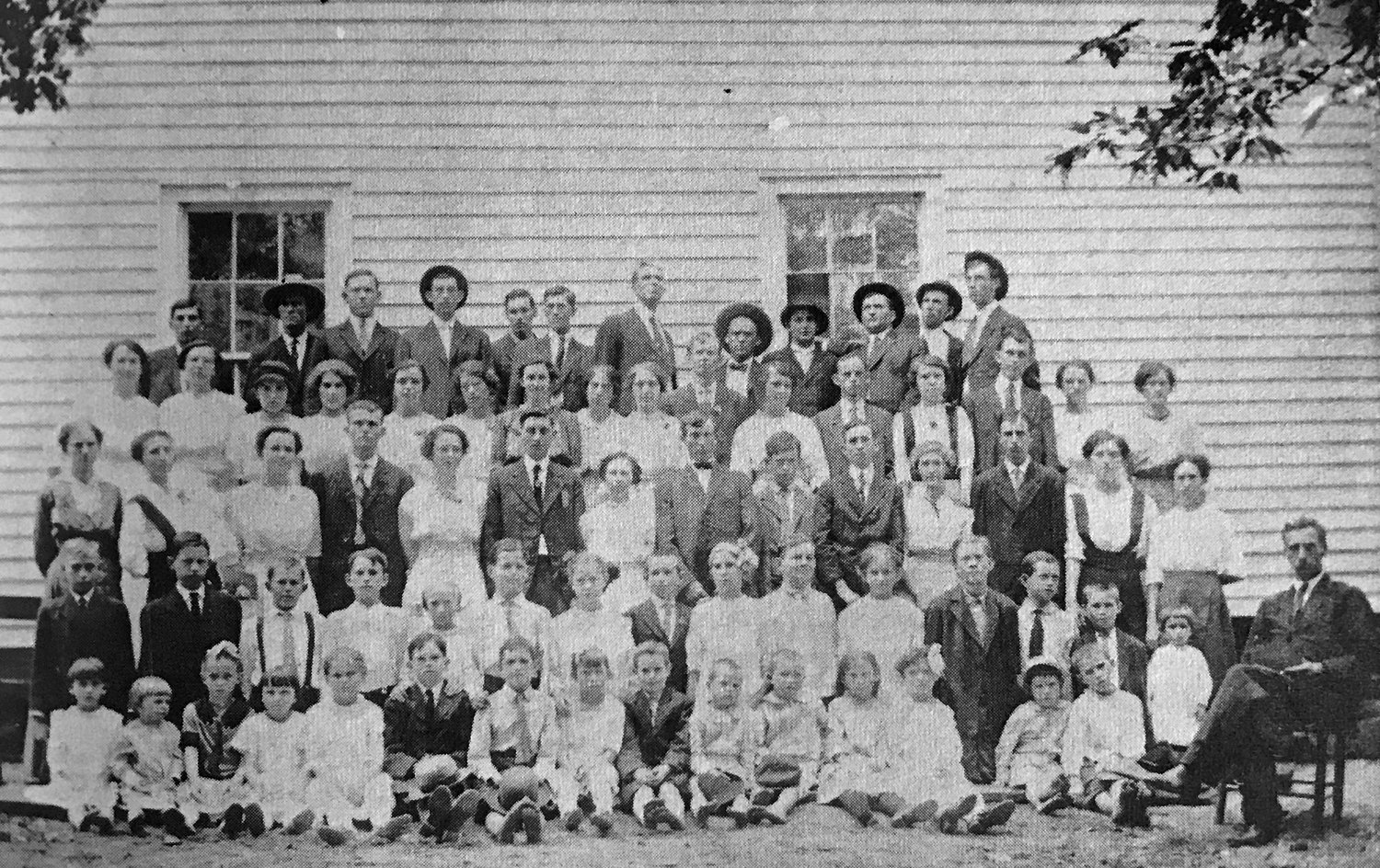 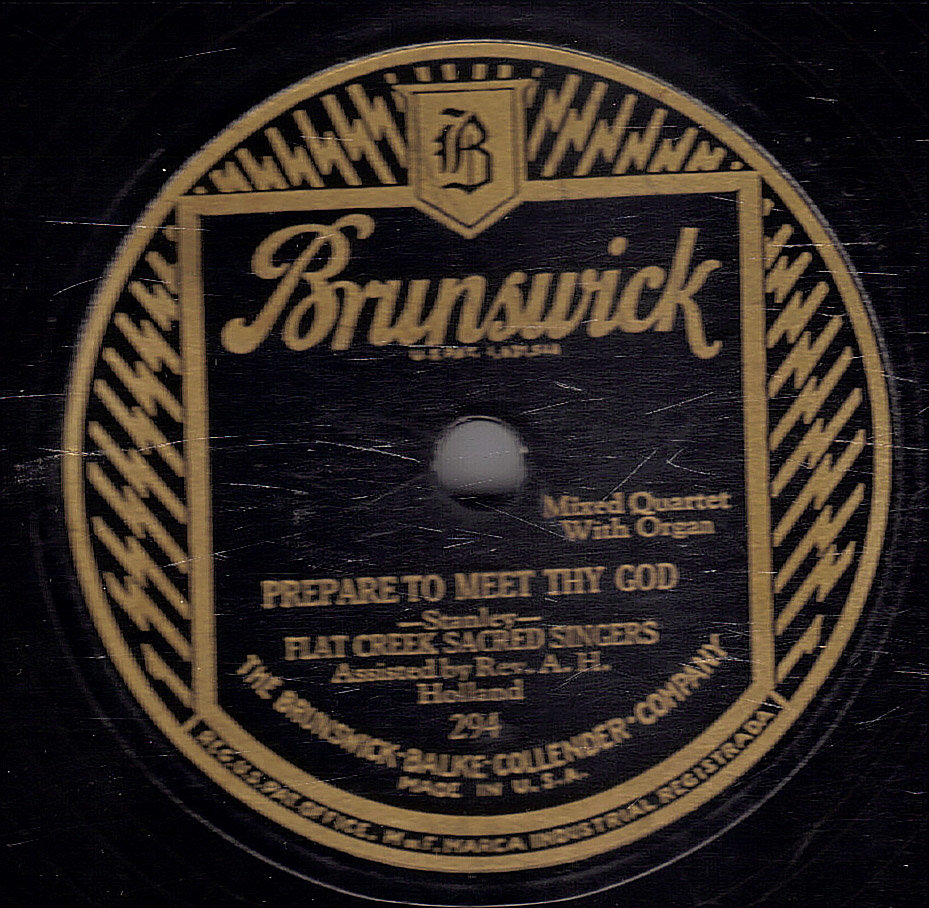 In the 1920s, an agricultural depression gripped the nation. During those lean economic times, America’s record companies struggled to expand their markets and sales.

In 1928 the Brunswick Record Company set up a studio in downtown Atlanta. One of the invitations was extended to the Flat Creek Sacred Singers. The quartet was composed of members of the Propes and Bagwell families from Flat Creek Baptist Church in Hall County, Georgia. Flat Creek was a small country church established in 1818, less than two miles from the Cherokee Nation.

It was called, “singing in a can.” For two days they gathered around a single microphone recording 10 songs, two songs per 78 record on a total of five records, which, according to Brunswick’s advertising, were top sellers. One of the company's ads, which may have stretched the truth a bit, stated, “Everyone south of the Mason Dixon line has heard of the Flat Creek Baptist Church and the Flat Creek Sacred Singers.”

Their pastor Rev. A. H. Holland accompanied them to Atlanta and recorded short sermons on two of the records. Since the running time of each side was about three minutes, the sermons were very short, one minute each. Holland, who at the time was in his 80’s, was a bi-vocational pastor who was a telegraph operator during the week. Born in 1841 he had been wounded and captured at the battle of Gettysburg in 1863. Yet in his ripe old age, he was not afraid to use new technology to preach the word.

They were paid $400 plus royalties for the two days of work. A considerable sum in the 1920s, especially since Georgia was in the midst of a two-year drought on top of the boll weevils' devastating impact on cotton crops. It was money that helped them get through tough times.

The old songs they sang included the themes of hope, heaven, and evangelism, and their playlist included one “mother” song, “Mother Tell Me about the Angels.” Sentimental “mother” songs were popular at the time, and in fact some hymnbooks of the era had more “mother” songs than Christmas carols. It was singing from the heart that was meant to touch hearts and warm the ears of heaven.

The quartet sang across north Georgia, often at revivals and fifth Sunday night sings. They sang at the Atlanta Courthouse where prisoners from the jail were brought to listen and undoubtedly were found wiping away a tear or two from their eyes. For a while, they had a regular spot on a weekly Saturday radio program in Gainesville. Each week, they would stand in a sound studio, “singing in a can,” as people across north Georgia turned their “radio on to listen to the music fill the air, and get in touch with God!”

With the exception of Lorina Bagwell Brown, who married into a church family nearby, they are all buried in the old Flat Creek Baptist Cemetery. The last quartet member died in 1987. They are surrounded by the remains of family members, friends, and a number of Cherokee who were early members of the fellowship. For many years their voices had not been heard, but the old music drifted through the church and across the old sacred grounds one more time in May 2018.

As a part of the church’s bicentennial homecoming celebration, a video was prepared that told the story of the Flat Creek Sacred Singers. It's a story most of the church members had never heard, and it featured one of the 1928 recordings. As the song on the video concluded, some of their descendants, in a transformational moment, gathered on the platform and finished singing the song with those who had gone before, visually and audibly linking the past with the present.

It was a poignant reminder that although they have been gone for many years, their voices still are heard through their descendants and all who join in a spirit of worship. That, “through faith, though he is dead, he still speaks” (Hebrews 11:4b). It was a reminder that songs with themes of hope, heaven, evangelism, and family have no expiration date on this side of eternity.

It also was a reminder that all worship is a mere dress rehearsal for eternity, “When the trumpet of the Lord shall sound, and time shall be no more, and the morning breaks, eternal, bright and fair; when the saved of earth shall gather over on the other shore, and the roll is called up yonder, I'll be there.”

For Southeastern Seminary student and his family, sharing the gospel means being intentional