There’s a race that I must run 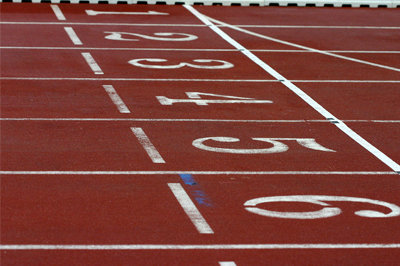 Most people like new beginnings. That is what the New Year offers. It provides the opportunity to write a new chapter in your life’s story.

This past year had its challenges. The threat of Islamic terrorism increased as we observed what happened in Paris, San Bernardino, Iraq, and other places around the globe.

On the day of the terrorists’ attacks in Paris there were also attacks in Iraq, Israel, Tunisia, and Yemen. On the day before the Paris attacks two Sunni suicide bombers massacred 43 people and wounded 140 others in a Shiite neighborhood in Beirut, Lebanon.

The day after the attacks in Paris, Iraq reported 100 more deaths due to ISIS onslaughts. On that day a mass grave was unearthed containing 78 elderly female victims of ISIS execution.

According to one website, Islamic terrorists have carried out more than 26,008 deadly terror attacks since 9/11. It appears that the growing Islamic influence in the world has ushered in a conflict between two civilizations.

Furthermore, we have witnessed the United States Supreme Court’s attempt to redefine the biblical definition of marriage in the Obergefell v. Hodges case by legalizing same-sex marriage, a decision equal in infamy to the court’s Dred Scott decision, which held that African Americans could not become citizens of the U. S., the 1962 Engel v. Vitale decision to ban prayer in the public schools, and the 1973 Roe v. Wade decision to legalize abortion on demand in the U.S.

Additionally, we have witnessed the reckless spending of the Federal Government, which has exponentially increased the national debt to almost $19 trillion by mid-December.

Reflecting on 2015 one must acknowledge a plethora of questionable, if not ill-conceived, executive orders from the White House, politicians who fail to keep their promises to their constituents, and free-for-all debates as the Democratic and Republican presidential hopefuls jockey for their party’s nomination in the 2016 election.

In 2015 the media stooped to a new low in their bias as they seemed to have great difficulty in reporting the news objectively.

We have continued to see Christianity lose its consensus in American life and Southern Baptists’ membership decrease by 200,000 in just one year. While SBC churches may not be apostate, many cannot escape the designation of apathetic and seem to prefer comfort to commitment and rest to reveille.

While we may not want to reflect too much on the past year, we also need to remember the words of George Santayana, the great philosopher, essayist, and novelist, who said, “Those who cannot remember the past are condemned to repeat it.”

Edmund Burke, philosopher, orator, and British statesman, said, “Those who don’t know history are doomed to repeat it.”

In contradistinction to Santayana and Burke, the legendary baseball player Leroy Satchel Paige once said, “Don’t look back, something might be gaining on you.”

In the year ahead we will have the privilege of electing a new president for our country. In Georgia we have a new legislative session before us. While I am certainly not putting my hope in state and national politics to become our deliverer, I do hope Georgia Baptists will respond to the challenge of preserving religious liberty in our state and stand boldly for truth and righteousness when the occasion demands it.

There are some things happening in Georgia in early 2016 that give hope and encouragement to those of us who long for revival.

On Jan. 7-8 a gathering will be taking place at the Georgia State Ballroom hosted by Spiritual Innovations and the National Day of Prayer. The purpose of the meeting is to reset our culture and generations through a Christ-exalting, Spirit-empowering awakening.

On Feb. 2 the Georgia Baptist Convention is hosting Pastors Day at the Georgia State Capitol from 10 a.m.- 2 p.m. The meeting is to help pastors learn about how we, as churches and Christian leaders, can be engaged in the processes of our state government. The day will include speakers who are active in political life, state senators, representatives, and religious leaders. Mike Griffin, Georgia Baptist Public Affairs Representative, will share how we can work together to influence the issues of the day.

On Feb. 10 Franklin Graham is coming to Atlanta on his Decision America Tour to lead in a Prayer Rally at Liberty Plaza across the street from the Georgia State Capital.

In these few days before Christmas and the start of 2016, I’m working to end well so I can start fresh. With the help of God and by His grace I have a lot I want to accomplish in the New Year.I think of the old chorus that says:

There’s a race that I must run,

There’s a victory to be won,

Every hour by Thy power, I’ll be true.”