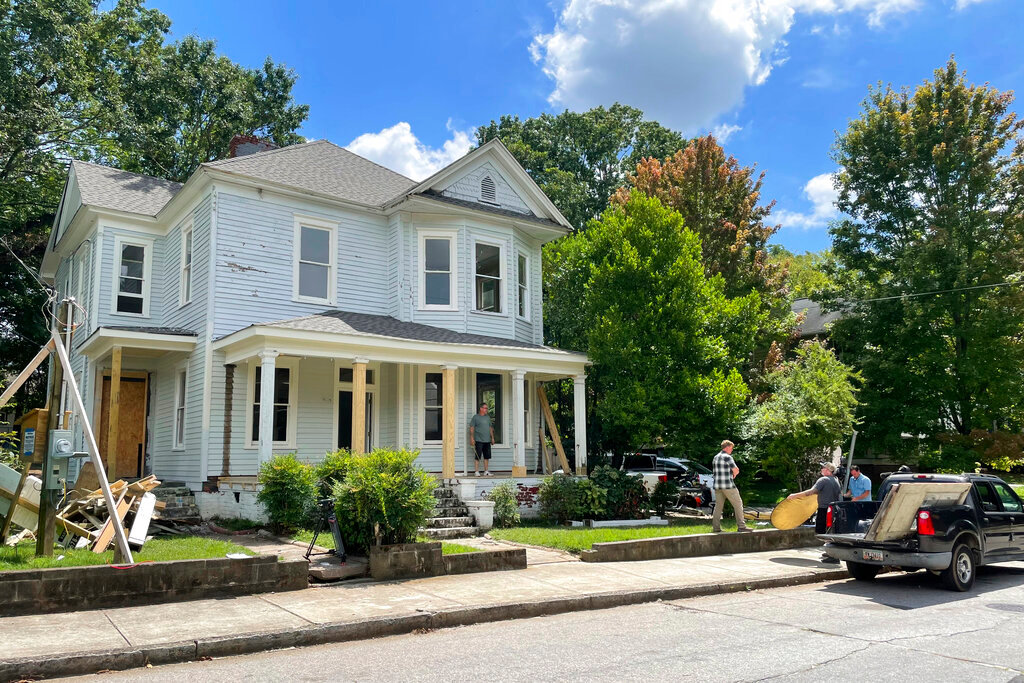 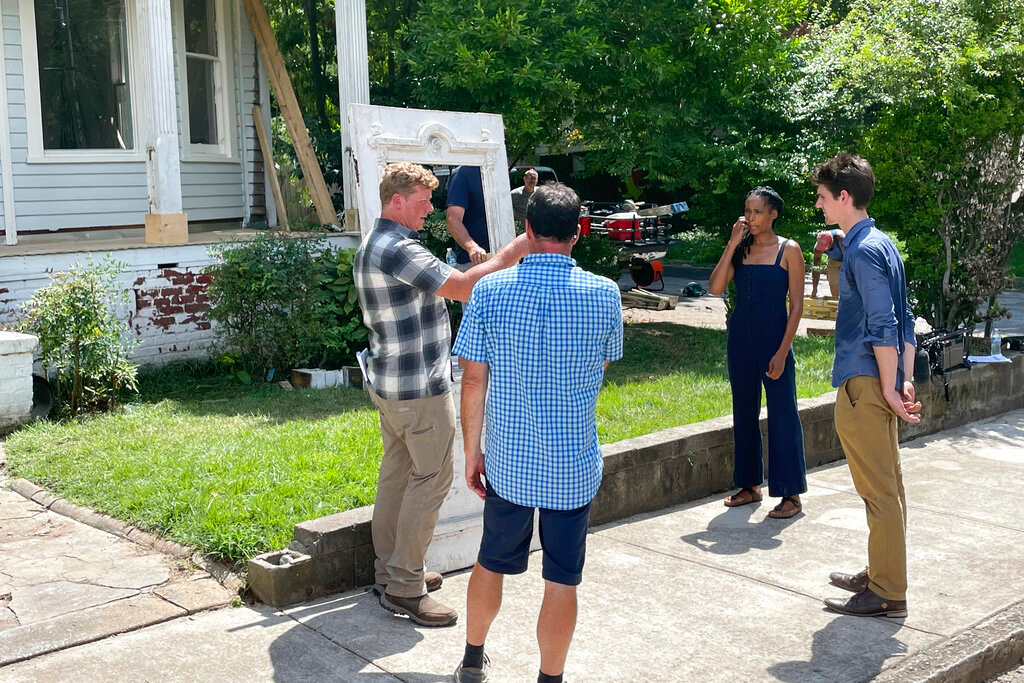 ATLANTA (AP) — Most contractors told them they would tear it down. A two-story five-bedroom Victorian built around 1900, it was abandoned and collapsing, with vines reaching its rafters. Elegant features were scavenged long ago. The house’s place in American history was at risk of disappearing.

An Atlanta couple bought the property nevertheless, hoping to fix it up and live there with their two children. Eventually they found partners who also recognized the importance of the house built by early civil rights activist Luther Judson Price.

Kysha and Johnathan Hehn's renovation plans shifted to fast-forward when a neighbor connected them with “This Old House.” The PBS show chronicled their renovation in eight episodes to stream Sept. 29, weaving Black history in with its usual home improvement tips.

“An old house that has fallen into disrepair is our bread and butter,” the show’s host, Kevin O’Connor, said before a scene involving an antique door. “But Kysha and Jonathan continue to surprise me with their determination that anyone who walks through the house is aware of the legacy.”

Born enslaved by his plantation owner-father, Price was an early Clark College graduate who served as the federally appointed postmaster of South Atlanta, executive secretary of a Masonic order and superintendent of the South Atlanta Methodist Episcopal Church, while his wife, Minnie Wright Price, a graduate of Atlanta University, “shared each of these positions with her husband,” according to their obituaries in the Atlanta Daily World.

The Prices also led voter registration drives for African Americans and organized support for the Republican Party, according to the Atlanta Public Schools, which has a middle school named in his honor.

In the house, the Hehns now plan to create a community space downstairs where people will be welcomed for meetings, to share food and stories and learn about the family.

The Prices married in 1889 and built the home several years later along a two-block stretch of Gammon Avenue, flanked by the Gammon Theological Seminary and Price’s general store and post office. It was the hub of what was then called Brownsville, an upwardly mobile community that prospered even as Southern whites opposed federal efforts to help Black people rise from slavery's political, social and economic legacy.

Then came a nightmare in September 1906, when a white mob that had killed at least 25 Black people in downtown Atlanta ransacked the area, chasing rumors that Price had supplied his neighbors with weapons.

“Can you imagine seeing this mob of people coming toward you? Just imagine what your emotions would have been, with people coming to your house and neighborhood because of the color of your skin?” said Kysha Hehn.

Price was narrowly rescued, staying at the county jail for his own safety until the violence ended. “A lot of white people in Atlanta who had contact with him went out of their way to protect him,” said his grandson, Farrow Allen.

The massacre prompted an exodus of Black people from Atlanta, and those who stayed were legally disenfranchised. While Luther and Minnie Price lived in the home until his death in 1936, their five children left Georgia, missing a chance at generational wealth through real estate. The home changed hands as the neighborhood declined, its assessed value falling below $7,000 before the Hehns bought it, tax records show.

“The most graceful way to move forward is to be gentle and honest with the past, with pieces of our history that we cannot change, while moving forward with the intention of creating a more peaceful and compassionate world for everyone," Kysha Hehn said.