This Thursday legislation will seek to legalize gambling that violates Georgia law. Here's how you can stop it. 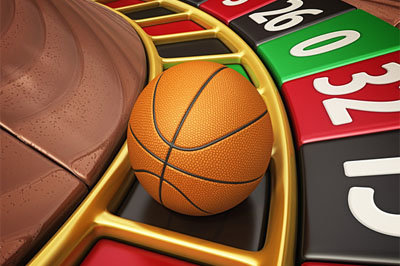 Much-needed attention has been given over the past few weeks in regards to stopping casino legislation. However, while this has been happening, most people have not noticed that the legislation regarding the legalization of internet sports gambling (Daily Fantasy Sports) has been flying through the Georgia House of Representatives.

HB 118, known as the “Fantasy Contests Act" and sponsored by Rep. Trey Kelley, has passed the House and is now in the Senate Regulated Industries and Utilities Committee. This bill is now being sponsored by Sen. Renee Unterman and is scheduled to have a hearing THIS week on Thursday, March 16 at 1 p.m..

The problem with this legislation is that it seeks to legalize a form of gambling that violates Georgia law. Last year, according to the State Attorney General’s Office, Deputy Attorney General W. Wright Banks Jr. and Brooke E. Heinz, stated in a letter to the Georgia Lottery Commission that “fantasy sports constitutes illegal gambling and are not allowed under Georgia law.” Therefore, Daily Fantasy Sports (DFS) is not a game of skill. And, it is not the same as playing in a golf tournament or fishing in a bass tournament! Those games require skill from beginning to the end. This is not much different from gambling in horse racing. In one you pick horses, the other you pick players.

The passage of this kind of bill is bad for Georgia not only because it legitimizes an illegal practice, but it also opens the door for all types of internet sports gambling in the future … all done via your computer, tablet, or your smartphone.

You see, according to data from the Fantasy Sports Trade Association, almost 10 million of the estimated 51.6 million fantasy sports players are under the age of 18. Gambling operators and online companies are using “free” fantasy sports games to cleverly market to teenagers now and convert them to online fantasy gamblers once they hit the age of 18. For youth growing up playing video games, internet gambling is especially addictive! In fact, fantasy sports expert Arnie Wexler states that daily fantasy sports is online gambling, and for some, it can be as addictive as crack cocaine

Please help us keep from legitimizing a gambling practice that we will regret for generations to come. This practice should be banned and required to face the same constitutional requirements as the legalization of casinos!

Contact your Senator today and ask them to vote no to the further legal expansion of gambling in Georgia! You can look him/her up by your address at openstates.org.

1. Click here to contact YOUR Senator  and let them know that you want them to OPPOSE ANY expansion of gambling in our state through House Bill 118.

2. Contact these committee members immediately and let them know that you want them to vote NO on allowing House Bill 118 to pass the committee! Please be polite and respectful in communicating your concerns.