Time to wake up to reality 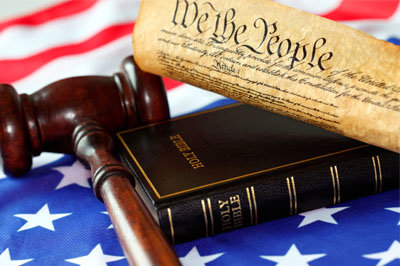 WSB-TV reported that parents in Henry County are upset with an email that went out on Monday, Oct. 3 to teachers at East Lake Elementary School. The memo was a reminder to teachers that crosses or Bible verses on an instructor’s desk are prohibited.

“The school district fired off a directive to school administrators ordering them to eradicate anything remotely religious from all public school buildings.”

Someone who received a copy of the directive apparently shared his/her copy with Starnes. It said, “You are hereby directed to remove all items which contain religious symbols, such as crosses, printed bibles, angels, bible verses, printed prayers, and biblical quotations from the common areas, hallways, classrooms, and office of East Lake Elementary School.”

The edict continued, “Further ... religious and biblical references should not be included in notes to parents, email signature lines, or any other correspondence sent on behalf of East Lake Elementary."

Berndt Petersen, reporting for WSB-TV, said, “The email indicated the list [of forbidden symbols and religious items] was a new policy, but a district spokesman said it’s merely a new memo.”

J.D. Hardin, with the Henry County Schools, explained, “That is a federal law that we’re abiding by. We just sent out these reminders and things to be aware of and we’ve been doing that for the past two decades.”

Whether the decree was issued two decades ago or two days ago is immaterial. The government is overstepping its bounds and ignoring the First Amendment of the U.S. Constitution by issuing such pronouncements against the displaying of religious objects and articles.

Most British colonies in America before 1776 had “established churches,” churches that received direct financial support from taxpayer money. The establishment clause protects against the federal government funding or sponsoring particular religious views.

The establishment clause sets up a line of demarcation between the church and state. The concept of “the separation of church and state” does not appear in the U.S. Constitution, but the First Amendment clearly states that the government is not to interfere with or make any intrusions into the church. The framers of the First Amendment recognized that when the roles of the government and religion are intertwined, the result has often been oppression or bloodshed.

Then, the First Amendment says that “Congress shall make no law ... prohibiting the free exercise [of religion].” This is called the “free exercise clause” and pertains to the right for anyone to freely express his/her faith. This is the part of the Constitution that should afford people the right to display their religious symbols, carry their Bibles, wear their crosses, worship according to the dictates of their conscience, or talk about their faith.

Starnes continued his comments by writing, “Now, if this sounds like some sort of Soviet-era religious cleansing, you aren’t alone.”

In Starnes' commentary he interviewed Dr. Emir Caner, president of Truett-McConnell University, who said, “Edicts like this (the one in Henry County) remind me of how my wife used to live under the persecution of Communism, how they used to stifle any religious expression whatsoever.

“It seems like the school system wishes to eradicate any form of religious expression except for their own atheist and secular views. I wonder if the district would forbid young Jewish men from wearing yarmulkes or young Muslim women from wearing hijabs. Or are they simply targeting Christians and discriminating against them.”

In an article titled, “Faith and Freedom Under Fire in America” a staff writer penned, “The assaults against the Judeo/Christian faith in the U.S. have been increasing at an alarming rate in nearly all aspects of our daily lives. The decline has been championed by social liberals that have used laws that were meant to protect our liberty of conscience as weapons against.

“These attacks span the realms of education, where our children are eroticized and indoctrinated; in government where coercion hides behind the labels of hate speech and tolerance; in our professional lives where businesses are coerced into participating in practices that insult their belief systems; and in the world of entertainment, where somehow what is immoral is portrayed as normal and acceptable.”

Maybe we were asleep to what happened 20 years ago and are beginning to wake up to the new reality. It is about time.