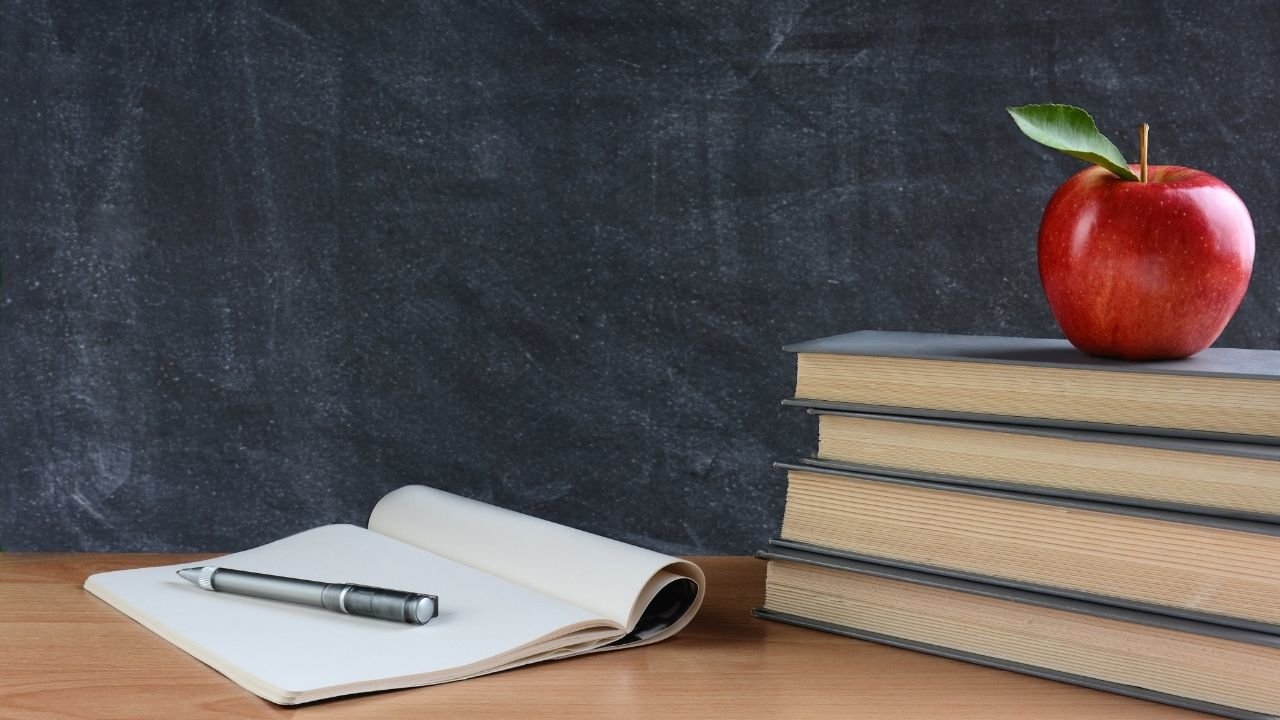 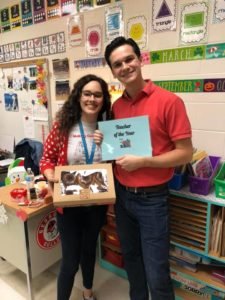 Jake Williams and wife, Tobie, who is also a teacher at Jack P. Nix Elementary.

Williams, who earned his B.S. in Music Education in 2017, has been the music teacher for kindergarten through fifth grade students for four years at Jack P. Nix Elementary. He teaches a variety of musical elements which he says, “helps develop a love for music within each of his students.”

“Receiving this honor has been a humbling experience,” said Williams. Every teacher has had to rewrite the book of teaching this year due to current circumstances, and I have personally seen the amazing efforts of all my fellow coworkers. I am blessed to know my efforts have made a difference in my students’ and community’s lives.”

Fowler earned both a B.S. in Education in 2016 and M.Ed. in 2019 at Truett McConnell University and has taught fifth grade ELA and social studies as well as fourth grade ELA.

“I do not feel as though I am deserving of this award,” said Fowler. “I am honored to be chosen as the Teacher of the Year representative for Tesnatee Gap Elementary School. If anything, this award is a testament to the TMU School of Education and the White County School System. Their dedication to their students and staff has formed me into the teacher I am today. This award means so much to me as it is proof that I am following God’s calling for my life and becoming the person he wishes for me to be.” 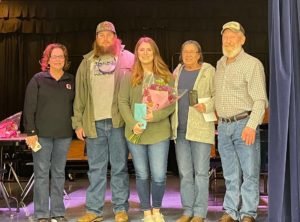 Both Williams and Fowler say their professors at Truett McConnell taught them to be the teachers that they are today.

“TMU gave me the skills and confidence to become a music teacher,” Williams said. “I did not believe I would end up teaching, especially at the elementary level with young learners. Now, in my fourth year, I can see the foundation of my career was built during my time of learning in the Music and Education Departments at TMU.”

Fowler acknowledged her professors who have helped and supported her throughout her teaching journey.

“Once I stepped into the classroom after graduating and getting my first job,” she said, “it was truly apparent how much TMU prepared me for “real-world” teaching. I felt as though I was right where all my experienced co-workers were. I was comfortable and confident. I wouldn’t have been either of those things if it wasn’t for the experiences I was able to get through the education program.”

“The program was tough,” added Fowler. “There were times I wondered if I was going to make it as an educator, but TMU set me up for success. For that, I am forever grateful.”

Dr. Julie Lutz, Dean of The Peter and Gredel Walpot School of Education, said she is proud of alum like Williams and Fowler who are making a difference in the lives of their students.

“When Rachel and Jake were teacher candidates in The School of Education,” Lutz said, “I had a sense they were going to be fabulous teachers. The professors talked about how they soaked in the information being taught in the different courses. In field placements, they would create a relationship with students in order to bridge a bond in such a way to move the students to want to learn in order to be better. Winning “Teacher of the Year” was not an if–but a when for these two.

“A saying by William Arthur Ward that has stuck with me is ‘The mediocre teacher tells. The good teacher explains. The great teacher demonstrates. The superior teacher inspires.’ Rachel and Jake not only inspire their students but inspire many of TMU’s current teacher candidates,” said Lutz.

This announcement originally appeared on tmu.edu.