Two lessons given to us from COVID-19 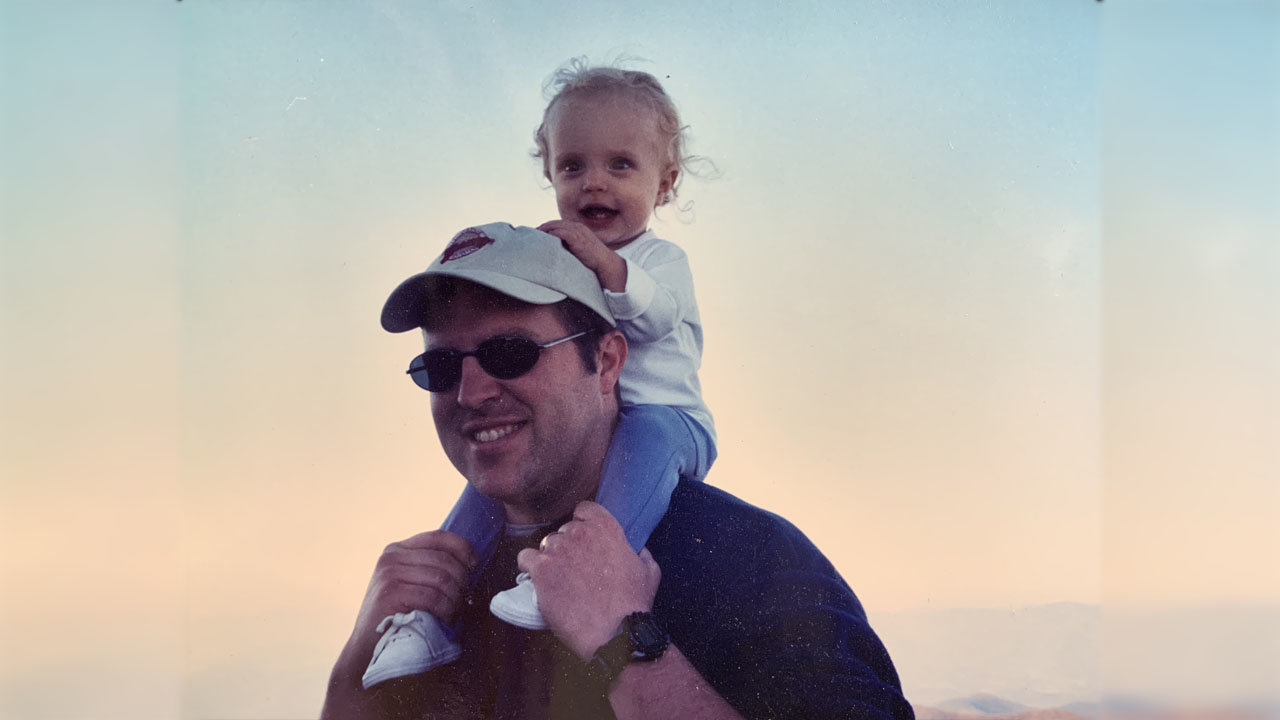 Editor Scott Barkley gives a shoulder ride to his daughter, Rylee, many years before high school graduation was on the radar.

This week became a sobering one for many Georgians still holding out for a shred of a sense of normalcy.

Since the coronavirus outbreak became very, very real to us a few weeks ago many of us have slipped into something of a routine. Stay home as much as we can. Limit trips to the store. Try to get some exercise. But with Governor Brian Kemp’s announcement that the state would go under a shelter-in-place order and all school buildings would be closed for the academic year, it drove home that things are different.

Of course, that was something all of us knew. At our home we have kids in the 3rd, 5th, 7th, and 12th grades. My nine-year-old daughter misses her friends and teachers. As one would expect my two middle ones – boys – have welcomed sleeping later and doing their online work to be finished by the afternoon. My oldest, though, is a different story.

I hurt for those seniors who had their high school or college experience end on a random Thursday in mid-March. We’re still hoping that events like prom and graduation – even if they’re pushed to July or August – can still happen. In the meantime, there is a collective frustration from her, and her classmates, over missing the things that make the end of your senior year special.

She and I were talking the other night. My daughter is a bright kid, and that’s not just daddy-talk. She works hard at her schoolwork and pushes herself as a singer. There’s perspective in her frustrations; people are sick and dying, and she knows this. It doesn’t take away the disappointment though.

A wonderful byproduct of being quarantined with your family is you get a lot of chances to talk to them. The other night I shared with her a couple of lessons from these days I think apply to all of us.

First, things change quickly. Coronavirus had been in the headlines for some time. But when I took my seat on a set of Little League bleachers March 12, I had no idea it could be the last game of the season. My daughter’s locker looks exactly the same now as it did that day. My wife’s desk at her school still has papers waiting to be graded.

When Peter, James, and John made their decision to follow Christ (Luke 5:11), they had no idea how things were going to change for them personally. There was an inkling, I’m sure. But they didn’t know they were going to witness dead people brought to life, a stormy sea calmed from a single command, and a mountaintop experience where they saw God the Father and Elijah. The first disciples decided to follow this man who said He would make them fishers of men, and yet they just didn’t know how big a decision that would truly be.

Second, I told her we’ve learned to not take relationships for granted. Yes, we can Facetime and talk on the phone, but it’s not the same. My daughter misses her friends and they get together the only way they can these days, which is through a screen. Both sets of grandparents talk with our kids through Facebook video messenger. For the time being, it’ll have to do.

The coronavirus pandemic of 2020 is a history-making event. No one disputes this. In going through it, I pray we realize just how much we like to be around each other, even the people with whom we may have disagreements.

There were many distractions and divisions before this – molehills on which we were willing to die. When life gets back to something resembling normal, human nature will threaten to take us back to those divisions.

The same goes for our families. We need to hold on to the family conversations that otherwise would’ve been gobbled up the calendar. If coronavirus has taught us anything, it’s how the importance of such moments have become very, very real to us.