US aircraft carrier arrives in South Korea for joint drills 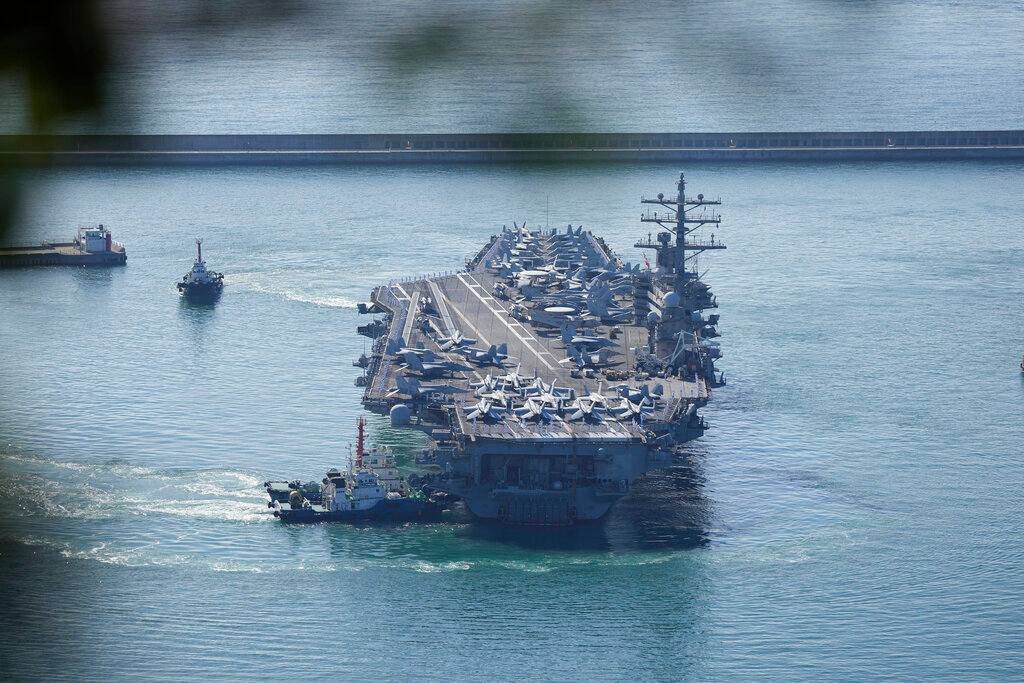 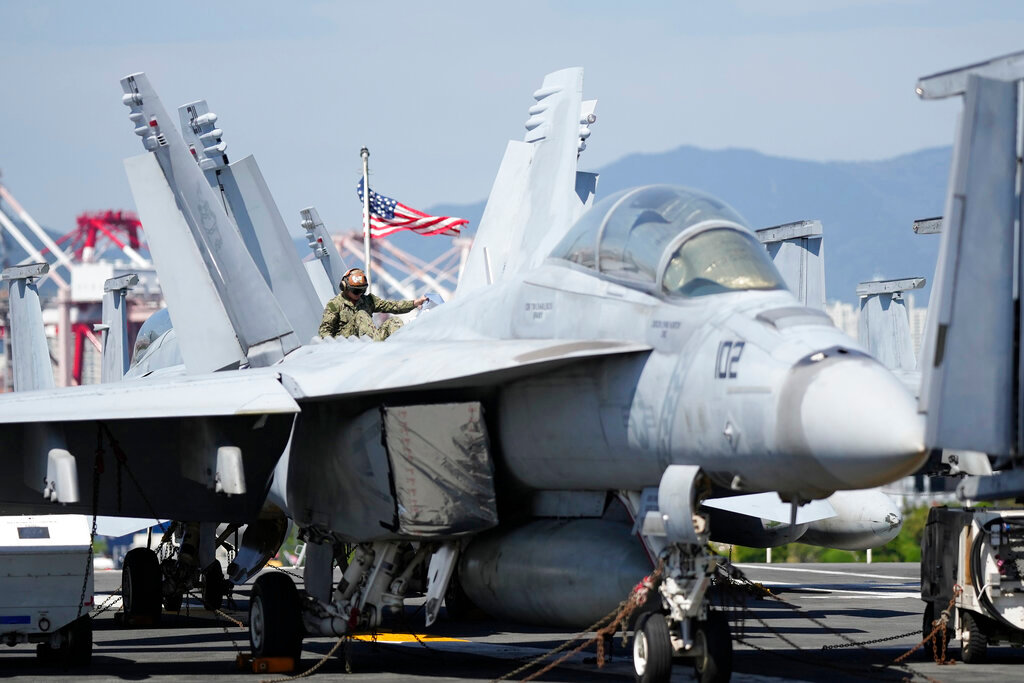 BUSAN, South Korea (AP) — The nuclear-powered aircraft carrier USS Ronald Reagan arrived in Busan on Friday ahead of  joint military exercises between the U.S. and South Korea that aim to show their strength against growing North Korean threats.

The joint drills will be the first involving a U.S. aircraft carrier in the region since 2017, when the U.S. sent three aircraft carriers including the Reagan for naval drills with South Korea in response to North Korean nuclear and missile tests.

The allies this year have revived their large-scale military drills that were downsized or shelved in previous years because of COVID-19, responding to North Korea’s resumption of major weapons testing and increasing threats of nuclear conflicts with Seoul and Washington.

The South Korean navy said the training is meant to boost the allies’ military readiness and show “the firm resolve by the Korea-U.S. alliance for the sake of peace and stability on the Korean Peninsula.”

“The commitment of the U.S. carrier strike group operating in and around the peninsula illustrates our commitment to stand together and our desire and focus ensuring that we are interoperable and integrated to face any challenge or threat whenever we are required,” Rear Adm. Michael Donnelly, commander of the carrier strike group, said in a news conference.

The Reagan’s arrival in South Korea comes after North Korean leader Kim Jong Un told Pyongyang’s rubber-stamp parliament this month he would never abandon his nuclear weapons and missiles he needs to counter what he perceives as U.S. hostility.

North Korea also passed a new law that enshrined its status as a nuclear power and authorized the preemptive use of nuclear weapons over a broad range of scenarios where the country or its leadership comes under threat.

North Korea has dialed up weapons testing to a record pace in 2022, launching more than 30 ballistic weapons including its intercontinental ballistic missiles since 2017, as it exploits a divide in the U.N. Security Council deepened over Russia’s war on Ukraine.

While North Korea’s ICBMs garner most of the attention because they pose a potential threat to the American homeland, the North has also been expanding its arsenal of nuclear-capable, shorter-range missiles designed to evade missile defenses in South Korea.

North Korea’s expanding arsenal and threats of preemptive nuclear attacks have triggered concerns in South Korea over the credibility of the U.S. “nuclear umbrella” protecting its allies in the event of war.

Senior U.S. and South Korean officials met in Washington this month for discussions on the allies’ deterrence strategies and issued a statement reaffirming that “any (North Korean) nuclear attack would be met with an overwhelming and decisive response.” The statement said the United States reiterated “its ironclad and unwavering commitment to draw on the full range of its military capabilities, including nuclear (one)” to provide extended deterrence to South Korea.

North Korea has so far rejected U.S. and South Korean calls to return to nuclear diplomacy, which have been stalled since 2019 over disagreements in exchanging the release of U.S.-led sanctions against the North and the North’s disarmament steps.