US consumer confidence falls in November for 2nd month 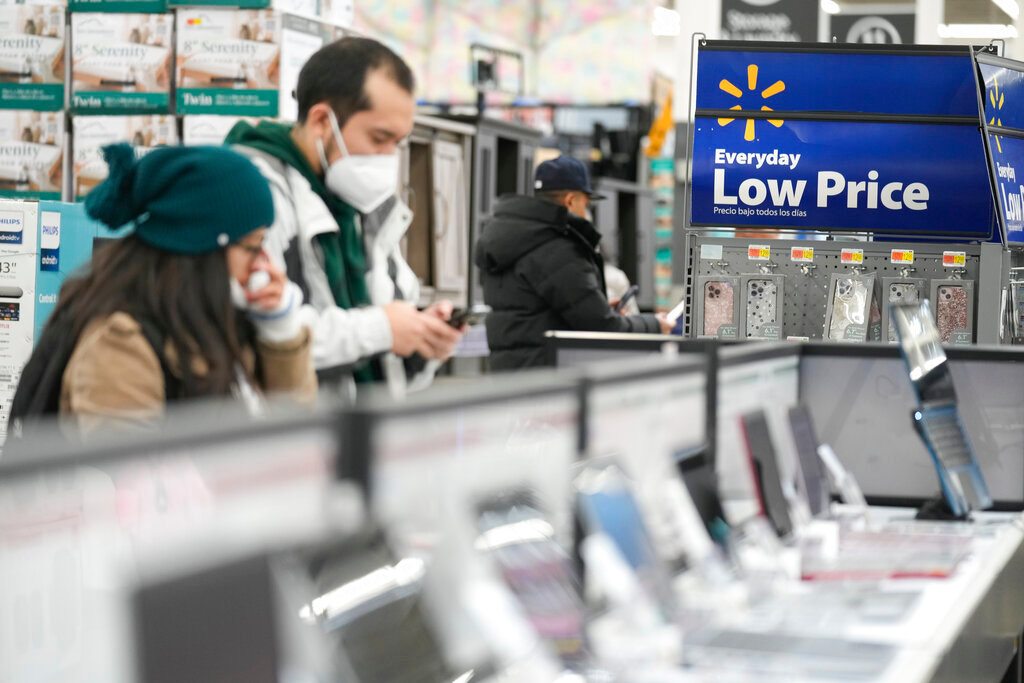 The Conference Board reported Tuesday that its consumer confidence index fell to 100.2 this month, down from 102.2 in October. November's figure is the lowest since July, and likely reflected an uptick in gas prices earlier this fall, said Lynn Franco, senior director of economic indicators at the Conference Board.

Gas prices have since reversed and fell to $3.52 a gallon, on average, nationwide on Tuesday, according to AAA. That's down from $3.76 a month ago.

The data indicate Americans are taking a more gloomy view about the economy. Before the pandemic, the index regularly topped 120. With the cost of food, rent, clothing, and other essentials surging, inflation is near the worst in four decades, increasing 7.7% in October from a year earlier.

Despite the negative outlook, however, most Americans — particularly those with higher incomes — are still spending, fueling a generally healthy start to the winter holiday shopping season last weekend.

And the board’s expectations index — a measure of consumers’ six-month outlook for income, business and labor conditions -- declined to 75.4 from 77.9 last month.

Still, Americans opened their wallets on Black Friday and over the post-Thanksgiving weekend. Spending on Black Friday jumped 12% compared with a year ago, according to MasterCard Spending Pulse, though that figure is not adjusted for inflation.

And on so-called “Cyber Monday” earlier this week Americans boosted their online spending by 5.8% from a year earlier, Adobe Analytics said.

Consumers may not be able to sustain solid spending growth for much longer. A rising number of households are stepping up their use of credit cards — or “buy now, pay later” plans — to keep up with higher prices. And many are also dipping into savings, which rose sharply — on average — during the pandemic, as government stimulus checks and the postponement of spending on travel and entertainment boosted the average American's bank account.

Yet for lower-income households, those savings have largely been spent, though they may continue to fuel activity for higher-earning families.

Rising consumer spending, even after adjusting for inflation, is expected to buoy the economy in the final three months of 2022. Next year, however, many economists expect escalating interest rates, still-high prices, and a cooling job market to weigh on the economy.