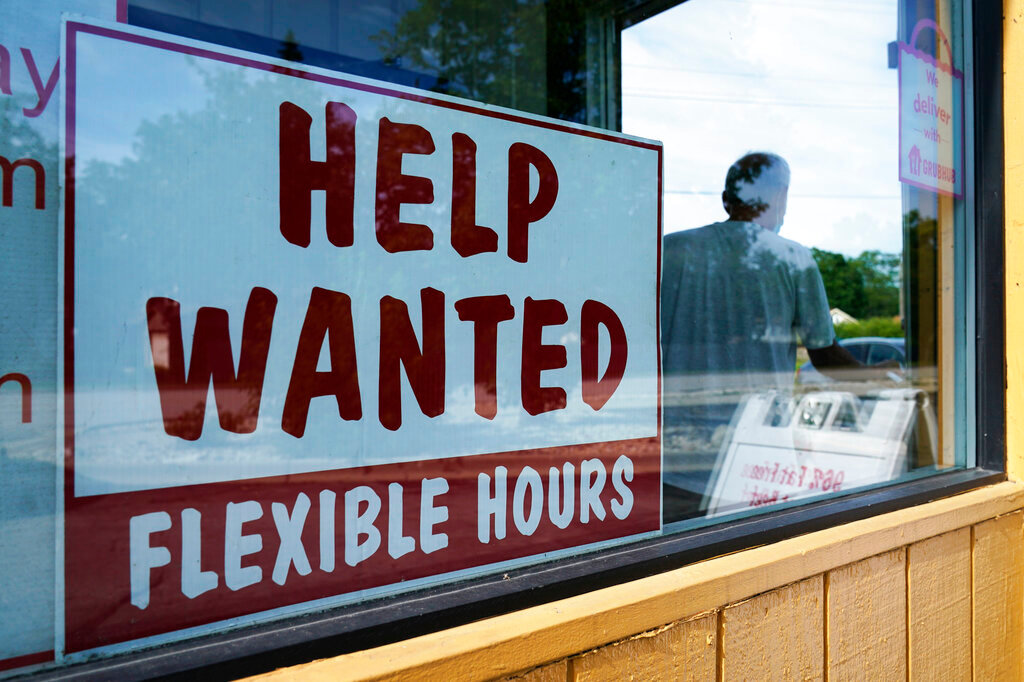 WASHINGTON (AP) — The number of available jobs in the U.S. plummeted in August compared with July as businesses grow less desperate for workers, a trend that could cool chronically high inflation.

That is good news for the Federal Reserve in its efforts to bring down high prices. The government jobs report released Tuesday also showed that layoffs remained historically low, even after a modest increase in August. And overall hiring was essentially unchanged that month.

Altogether, the data suggested that even as companies take down job postings, they aren't cutting workers or slamming the brakes on adding jobs.

There were 10.1 million advertised jobs on the last day of August, the government said Tuesday, down a huge 10% from 11.2 million openings in July. In March, job openings hit a record of nearly 11.9 million.

The report pushed major U.S. markets higher because it is a potential sign that the Fed could slow its rapid pace of rate hikes, though most economists said that it would take more than one report to change the Fed's trajectory. The U.S. releases critical data on monthly employment on Friday.

In their effort to combat the worst inflation in 40 years, the Fed has rapidly raised its key short-term interest rate to a range of 3% to 3.25%, up sharply from nearly zero as recently as March.

Federal Reserve officials are hoping to reduce the demand for workers by raising rates, which pushes up the cost of mortgages, auto loans, and borrowing for businesses. While workers typically welcome larger raises, the Fed sees the current pace of wage increases — at about 6.5% a year, according to some measures — as unsustainably high and a key driver of inflation.

Chair Jerome Powell and other Fed officials hope that their interest rate hikes — the fastest in roughly four decades — will cause employers to slow their efforts to hire more people. Fewer job openings should reduce the pressure on companies to raise pay to attract and keep workers. Smaller pay raises, if sustained, could ease inflationary pressures.

“This helps bring that inflation pressure down and reassures the Fed that maybe there is a road out of this without dramatically pushing up the unemployment rate,” said Derek Tang, an economist at LHMeyer, an economic research firm.

The level of job openings and the number of quits have declined in recent months, which points to some cooling in the job market. Most people quit for another, typically higher-paying job. About 4.2 million people quit their jobs in August, still historically high, but down from a record peak of 4.5 million last November.

Last week, San Francisco Fed President Mary Daly said the declines in job openings and quits were “early signs that the labor market is easing.” But she added that the Fed would still need to see concrete evidence that inflation is falling before they dialed back their interest rate hikes.