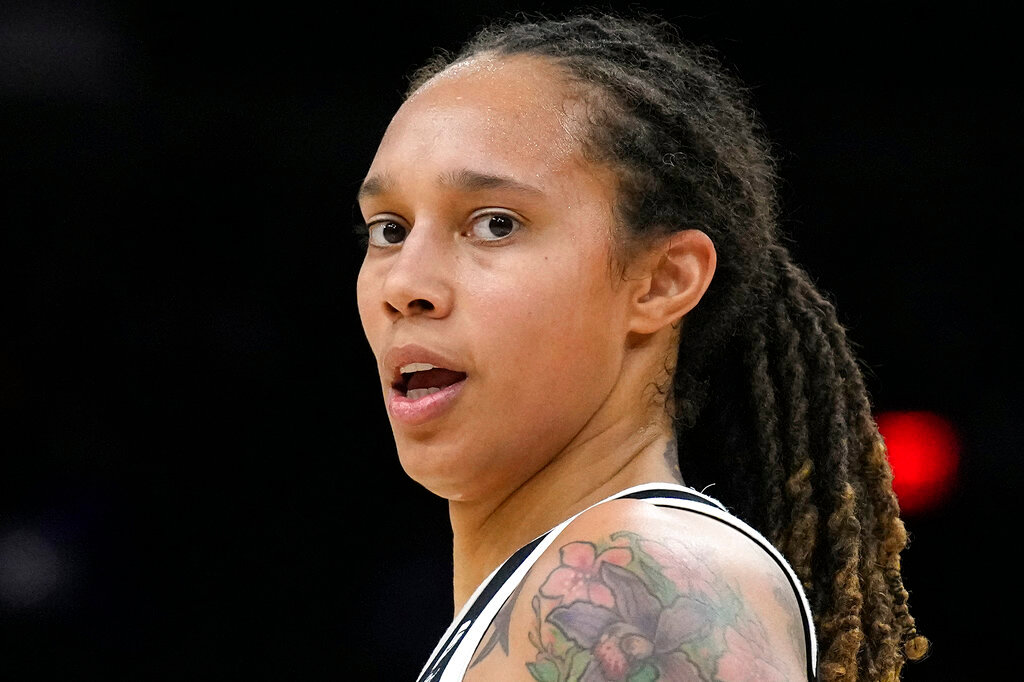 WASHINGTON (AP) — The Biden administration has determined that WNBA star Brittney Griner is being wrongfully detained in Russia, meaning the United States will more aggressively work to secure her release even as the legal case against her plays out, two U.S. officials said Tuesday.

Griner was detained at an airport in February after Russian authorities said a search of her bag revealed vape cartridges containing traces of cannabis oil. Since then, U.S. officials had stopped short of classifying the Phoenix Mercury player as wrongfully detained and said instead that their focus was on ensuring that she had access in jail to American consular affairs officials.

Now, though, U.S. officials have shifted supervision of her case to a State Department office focused on negotiating for the release of hostages and other Americans deemed wrongfully detained.

It was unclear what prompted the shift, though President Joe Biden's administration had been under pressure from members of Congress and others to make Griner's release a priority. The U.S. last week secured the release of Marine veteran Trevor Reed as part of a prisoner swap that also resulted in a convicted Russian drug trafficker being freed from prison in the U.S.

ESPN first reported the classification in Griner's case. Two U.S. officials confirmed it on the condition of anonymity because they were not authorized to discuss it by name.