We are facing anarchy, apostasy, and apathy 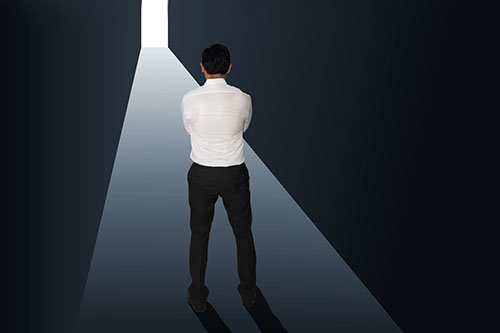 Lawlessness seems to have the upper hand these days, says Index Editor J. Gerald Harris, with its influence reaching into the Church.

Vance Havner and I were both born in Catawba County in North Carolina. He was one of my heroes. He was a great preacher and revivalist. It should be a homiletical requirement for every preacher to quote Havner at least once in every sermon he preaches.

Here is a Havner quote: “The Scriptures teach that the age will end in anarchy, apostasy, and apathy – anarchy in the world, apostasy in the professing church, and even apathy in the true church – because lawlessness shall abound, the love of most will wax cold. Men will turn from the truth to fables.”

Wow! What Vance Havner said over 50 years ago looks infinitely more like a reality today. Let us explore his prophetic words for a few moments.

Anarchy in the world

Merriam-Webster Dictionary defines “anarchy” as: a situation of confusion and wild behavior in which the people in a country, group, organization, etc., are not controlled by rules or laws.”

I think we are seeing some of that in our nation. I know that the United States Constitution grants us freedom of speech and “right of the people peaceably to assemble, and to petition the Government for a redress of grievances.” I believe that peaceful protests are good and valid in our society. I have sometimes been a part of social action in matters like pro-life and religious liberty. I have no argument with non-violent protests if they are within the governmental guidelines prescribed by the laws of the land.

However, it appears that some protests we have seen in recent months are getting dangerously close to anarchy. Some of you may be familiar with the Cloward-Priven Crisis Strategy designed to disrupt our society and create national chaos. Cloward and Priven were sociologists at Columbia University in the 1960s and developed a plan to hasten the fall of capitalism by overloading the government bureaucracy with a flood of impossible demands, thus pushing society into crisis and economic collapse.

These Columbia sociologists wrote an article calling for “cadres of aggressive organizers" to use “demonstrations to create a climate of militancy.” Google "Cloward-Priven Crisis Strategy" and decide for yourself if this is not a plan to create anarchy in America.

Now, we are hearing from multiple sources that plans are in place to bus in thousands of people to Cleveland for the purpose of disrupting the Republican National Convention. In fact, one news source speaks of plans to crash the convention can create a possible “Trumpocalypse."

Another group is planning a march on the Democratic National Convention later this month. This proposed march is to protest the highly biased and unfair treatment demonstrated by the DNC towards presidential candidate Bernie Sanders.

The Daily Caller announced that more than 20,000 people have committed to protest Hillary Clinton’s likely nomination at the Democratic National Convention in Philadelphia – and that number is quickly growing.

The Daily Caller also stated, “Protesters are encouraged to read documents shared within the group. One document is titled ‘Civil Disobedience Training.' Another is titled ‘Health and Safety at Militant Actions’; and includes tips on first-aid and withstanding teargas.”

Perhaps these protests will be as quiet and peaceful as a Sunday afternoon on a rainy day, but who knows what kind of chaos could ensue when 20,000 protesters begin to voice their complaints and assert their will. Some conspiracy theorists contend that there is a larger agenda in mind and that is to shut down the two political conventions so that no nominee is elected and the current president can continue to serve another term.

Apostasy in the professing church

The English word "apostasy" is derived from two Greek words. The first word is the preposition apo, which means “away from.” The second word is the verb histemi, which means “to stand.” Thus, apostasy means, “to stand away from." Apostasy refers to a departure from known or previously embraced truth.

The Bible clearly prophesies that the church of the end times will be characterized by apostasy. Paul said that the Antichrist will not be revealed until “the apostasy come first" (II Thessalonians 2:3). Jesus prophesied that “many will fall away” and “most people’s love will grow cold” (Matthew 24: 10-12).

There are two primary types of apostasy. First, a falling away will happen from key and true doctrines of the Bible into heretical teaching that proclaim to be “the real” Christian doctrine. For example, I have known individuals who have left the teachings of Jesus Christ for the teachings of the Mormon founder Joseph Smith.

Second, another form of apostasy is a complete renunciation of the Christian faith, which results in a full abandonment of Christ. I have a dear friend who is pastor of a Baptist church in Florida whose predecessor at the church left the pastorate professing to be an atheist.

Jude says that apostasy can be subtle. Jude uses the word “crept” to describe an apostate’s entry into the church. In other words, Jude says it is rare that apostasy begins in an overt and easily detectable manner. They will stealthily introduce their false doctrine. And, it may take years, even decades, to accomplish their perverse objectives.

Beware when churches begin to welcome gender-neutral Bibles, embrace the theory of evolution, call homosexual clergy to serve the church, perform same-sex marriages, etc. These are signs of apostasy.

While the above paragraph may provide examples of apostasy, I am even more concerned about those who profess to believe the Bible literally, but who are pragmatic apostates. In other words I often see people who would ferociously defend the absolute truth of the Word of God, but there is a great disparity between their lips and their lives. In some cases it may reflect more than hypocrisy. It may indicate apostasy.

Apathy in the true church

Webster states that apathy is “a lack of emotion, lack of interest; listless condition; indifference. When I speak of apathy, I am speaking of the lack of interest which many Christians are showing toward spiritual things such as prayer, study of God’s Word, evangelism, standing for righteousness, heaven and hell.

In fact, apathy is probably the greatest problem facing the church today. If someone wants to destroy his house he doesn’t have to buy a ton of dynamite and stage an implosion. All he has to do is neglect it by refusing to paint it, repair it, maintain the plumbing, the electrical system, etc. In no more than 50 years of shear neglect he will effectively destroy the house so that it is virtually worthless. You can destroy a business, a community, a government, a ministry the same way – just neglect it.

Enthusiasm is interest and passion working together toward a goal. Enthusiasm is the fuel that empowers the Christian and gives him/her the determination and zeal to make a difference in the world for the cause of Christ. Forsake debilitating apathy and let the God in you give you a holy zeal for Kingdom work.