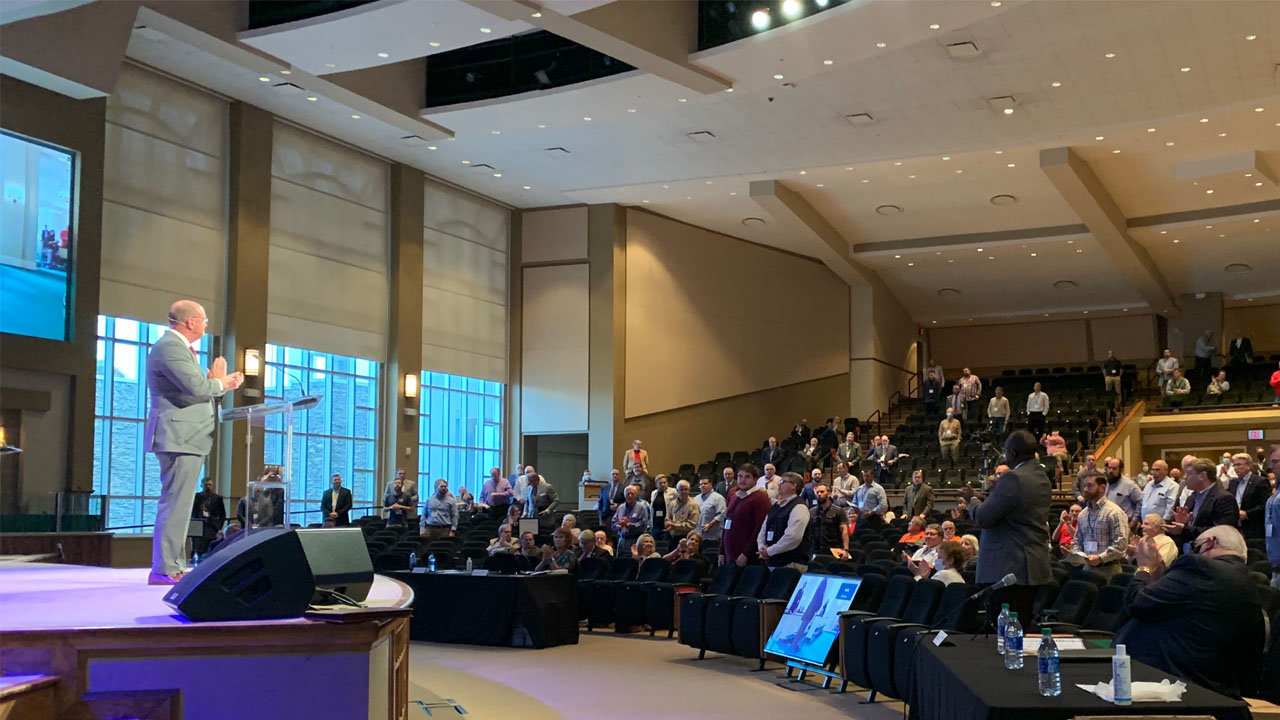 The 2020 Georgia Baptist Convention annual gathering is in the books, and it happened in a year when nothing was conventional.

Instead of three days from the inspirational rally to final gavel, it occurred in one afternoon. The Preaching Conference was suspended until next year. Voting took place across four locations.

Yes, the specter of COVID-19 hung over the gathering, but some things remained the same. We heard good preaching. Friends reconnected and laughs were heard at Ingleside Baptist and Turning Point at Mabel White in Macon. Coffee was consumed.

While many state conventions met in person, others pursued different avenues for their annual meeting. Alabama held an online state missions celebration today, following yesterday's Preaching Conference. Tennessee had a pre-recorded online gathering as well. Florida released a Celebration Report Nov. 10. Business such as budget approval took place prior by their respective executive committees and leadership while officers' terms typically carried over to next year.

Technology, of course, factored heavily this year. Our meeting in Georgia was heavily dependent on Zoom and the connections among the four locations clicking together. I talked with Jon Graham, GBMB's video producer, and Scott Smith, GBMB communications director, and they walked me through the steps they took to cut down on the possibility of feedback or video looping. A story on that will appear this week.

Currently, discussions about the annual meeting have turned to 2021, when Georgia Baptists will gather at First Baptist Jonesboro Nov. 8-9. Now that we've accomplished the one-day meeting, will that be the expectation of attendees? Is there a discussion to be had on returning to the three-day gathering? Should it be held to two days? Perhaps Sunday and Monday? What about Monday and Tuesday? What works best for the schedules of pastors and messengers?

Also, the success of incorporating remote locations adds another element. Jonesboro is located in the northern third of the state. Folks coming in from the south will have a further drive, but spared the frustration of slogging their way through Atlanta traffic. That won't be the case for those north of the metro area. At least they won't be making the five-hour trek facing those in Kingsland and St. Mary's.

Is it time to consider remote locations for more participation? But does that work against the fellowship of the annual meeting so many enjoy? While it is about conducting business, electing leaders, worship, and hearing good preaching, many point to those hallway chats and talks over coffee as equally important. It's hard to argue against that.

If 2020 has taught us anything, it's to toss out the phrase "We've never done it that way before." Things have changed far more quickly than any of us would have expected – and in many cases, wanted – in a number of areas. There's nothing wrong with having a discussion about it.