What March Madness has to do with Paul's testimony 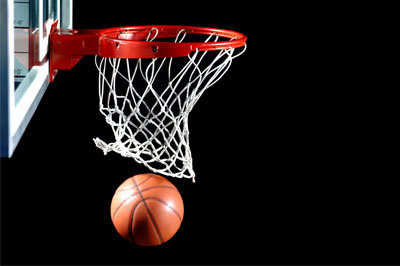 What does the term “March Madness” signify to you? For some the familiar term might very well take them back to March 15, 44 B.C. when the Roman Emperor Julius Caesar was warned by a soothsayer to “beware the ides of March,” which was the ancient Roman equivalent of March 15.

Caesar gave little attention to the cautionary admonition and even dismissed his security force prior to the fateful day. When Caesar entered the hall next to Pompey’s Theatre he was met by a great number of senators who were chafing at having to abide by Caesar’s decrees.

Cassius Longinus started the plot to murder Caesar but others, including Marcus Brutus, joined in by stabbing the emperor with daggers until he was dead. William Shakespeare has made the infamous assassination on the Ides of March a literary classic in his play Julius Caesar. The murderous pack of knife-wielding assassins in March of 44 B.C could well prompt us to think “March Madness,” but that is not what I want us to consider.

The fierce battle between the Monitor and Merrimack on March 9, 1862 would qualify to be described as “March Madness.” The Merrimack, a 263-foot masterpiece of improvisation, had been salvaged by the Confederates from the Norfolk navy yard and armored with iron.

The Monitor, a 172-foot vessel representing an entirely new concept of naval design, was manned by the Union. The Monitor could only fire once in seven or eight minutes, but was faster and more maneuverable than the larger Confederate vessel. The battle was violent, but indecisive; and yet it had an amazing effect on the morale of both regions. This naval battle fought in the harbor at the mouth of the Saint James River, history’s first duel between ironclad warships, could be called “March Madness,” but it doesn’t qualify for the kind of insanity I am pondering now.

On March 2, 1962 a fascinating record was established in the Philadelphia Warriors' 169-147 victory over the New York Knicks. In that game Wilt Chamberlain set the NBA single-game scoring record by putting 100 points on the scoreboard. He shot 36-for-63 from the field and 28-for-32 from the foul line, an incredible accomplishment for a man whose career free throw percentage was a weak .511.

Chamberlain was 7’1” but towered over most of the players in the NBA during his career. He was called, “Wilt the Stilt,” “The Big Dipper,” and “Goliath” by his fans and his peers. In the 1961-1962 season Chamberlain averaged an NBA-record 50.4 points per game and became the only player to surpass 4,000 points in one season with 4,029.

“Goliath” also averaged 48.5 minutes per game -- an uncanny feat since NBA games only last 48 minutes. He was able to play more minutes than the minutes allotted for a game, because the Warriors played a total of 10 overtime periods in seven games that season. He played every minute in 79 of the 80 games, a record that makes me tired to think about it. But what he accomplished in that heralded March 2nd basketball game qualifies for some kind of “March Madness” category.

But the “March Madness” I want us to contemplate is derived from the national college basketball playoffs. This huge tournament annually captivates the attention of millions of Americans each every year in the month of March and into April. The fever pitch enthusiasm for this much-publicized athletic marathon really is madness.

Basketball is not my favorite sport, but, being a North Carolinian I found myself staying up late on Saturday night to watch the Tar heels come roaring back after a lackluster first half to bury the Providence Friars.

I even watched the less-prestigious NIT tournament to observe a few minutes of the Georgia Bulldogs’ contest with the Saint Mary’s Gaels on Sunday night. For me personally, Saturday’s madness was sweet, but Sunday’s madness was agonizing.

I find it interesting that when the Apostle Paul was sharing his testimony and making his defense before Festus, the Bible says, “Festus exclaimed in a loud voice, ‘You are insane, Paul! Your great learning is driving you to madness.'”

Paul was not mad; he was simply passionate about the Lord. I wish we could muster some of that madness (passion) in the church – the kind of madness that results in a surrendered life and an unashamed witness for Christ.