What’s in the well comes up in the bucket 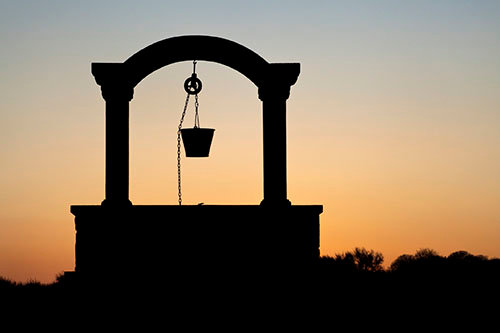 There have been a lot of attacks and assaults aimed at Mike Griffin, Georgia Baptist’s representative at the State Capitol, for a letter we published from him in The Christian Index on March 4. In the letter Griffin was chastising the church for being lethargic in the fight for religious freedom and compared the silence of the church today to the church in Hitler’s Day that was intimidated and frightened by a government hostile to the Christian faith. His remarks were a toned-down reference to a poem written by German pastor Martin Niemoller in 1946.

I have heard Griffin refer to Niemoller on several occasions in churches and I have often quoted him myself.  Niemoller was incarcerated by Nazi Germany during WWII and after the War traveled internationally, delivering many speeches and sermons in which he confessed his own blindness and inaction in earlier years when the Nazi regime rounded up communists, socialists, trade unionists, and finally, the Jews.

If Georgia Baptist legislators are upset over Griffin’s letter, they should be informed that Neimoller’s above quotation was extracted from an address he gave to the United States Congress in 1968 and which appears in the Congressional Record, October 14, 1968, page 31,636.

Many preachers today have used quotes from Niemoller and Dietrich Bonhoeffer, faithful pastors in WWII Germany, to motivate and challenge languishing church members to wake up to the likelihood of impending oppression and the loss of religious liberty. Only the naïve or ill-informed would not admit there has been some loss of religious freedom in America already and that it appears more is on the horizon if God’s people, including those in the legislature, do not stand up.

If anyone is unaware of the real threat to religious freedom in America today read Todd Starnes' book God Less America, Erwin Lutzer’s books The Cross in the Shadow of the Crescent and Hitler’s Cross, o Andy Andrews' book How do you Kill 11 Million People?, Eric Metaxes’ book Bonhoeffer: Pastor, Prophet, Martyr and Spy, Mark Creech’s column in the November 6, 2006 issue of The Christian Post, or just Google “assault on religious liberty” and you will see that our First Amendment rights are under attack in America.

Even now, our own Truett-McConnell College, Southern Baptists’ Guidestone Financial Resources, and the Catholics’ Little Sisters of the Poor are awaiting a hearing before the Supreme Court to see if their religious liberties are going to be denied. It is amazing to me that our federal government can give $15 billion to ISIS-rich Iran, coddle Islamic terrorists, and yet force Christian institutions to participate in mandatory abortion and birth control coverage.

There are some probing questions haunting me about the assault on Mike Griffin. First of all, Griffin’s letter was posted on The Christian Index website on March 4. It took six days before anything negatively was expressed about it from Georgia legislators. Did someone find it offensive and cultivate support for their angst by circulating the post and trump up support for their position?  Why had no one else misunderstood the commentary for almost a week?

The Senate has already passed a strong religious liberty bill and it is interesting that there was no frustration or anguish expressed from the well of the senate about Griffin’s commentary. Are members of the House of Representatives personally in turmoil or plagued by guilt because they have not yet passed HB 757 as amended by the Senate? Does it have to do with the leadership in the Senate as opposed to the leadership in the House? In other words, why has the Senate not reacted in the same way as the House?

My grandmother used to tell me, “What’s in the well comes up in the bucket.” I am afraid the well of the House of Representatives in Georgia was polluted by legislators who spoke before they stopped to think, investigate, and then go to their brother to resolve the matter before making their pronouncements public. It’s in the book – Matthew 18: 15-20. Unfortunately, that principle doesn’t work in the House any better than it works in most churches.

Mike Griffin would be the first to admit his imperfections, but he is a dedicated Christian, a man of deep convictions, a faithful minister of the Gospel, and passionate maintaining the Judeo-Christian foundations upon which this nation was founded. He is on the firing line for our faith and values and deserves our faithful and fervent prayers.