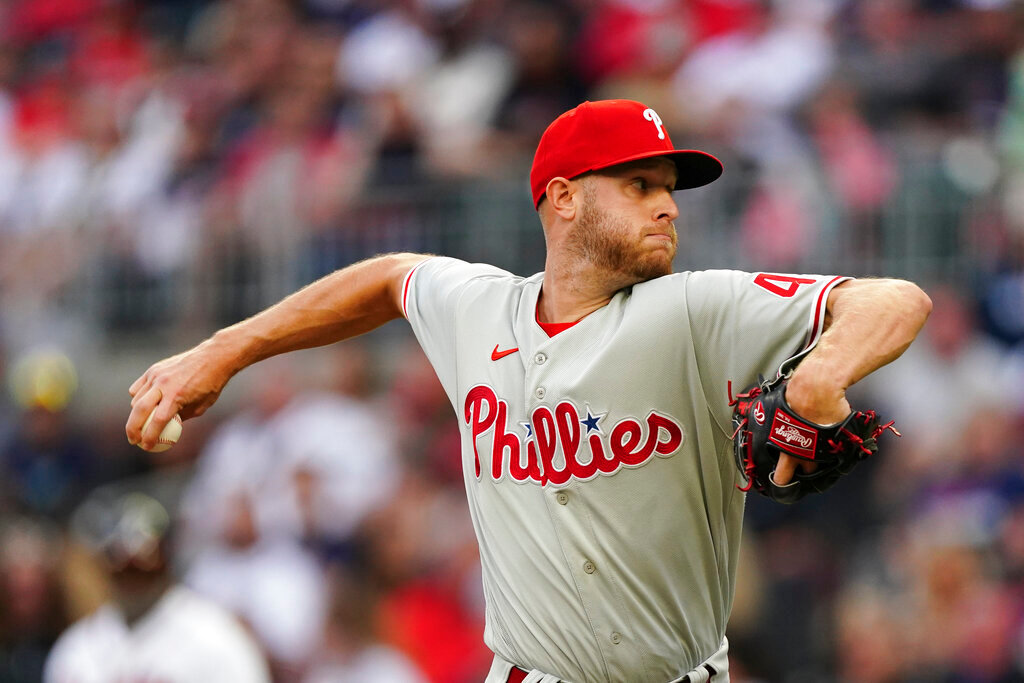 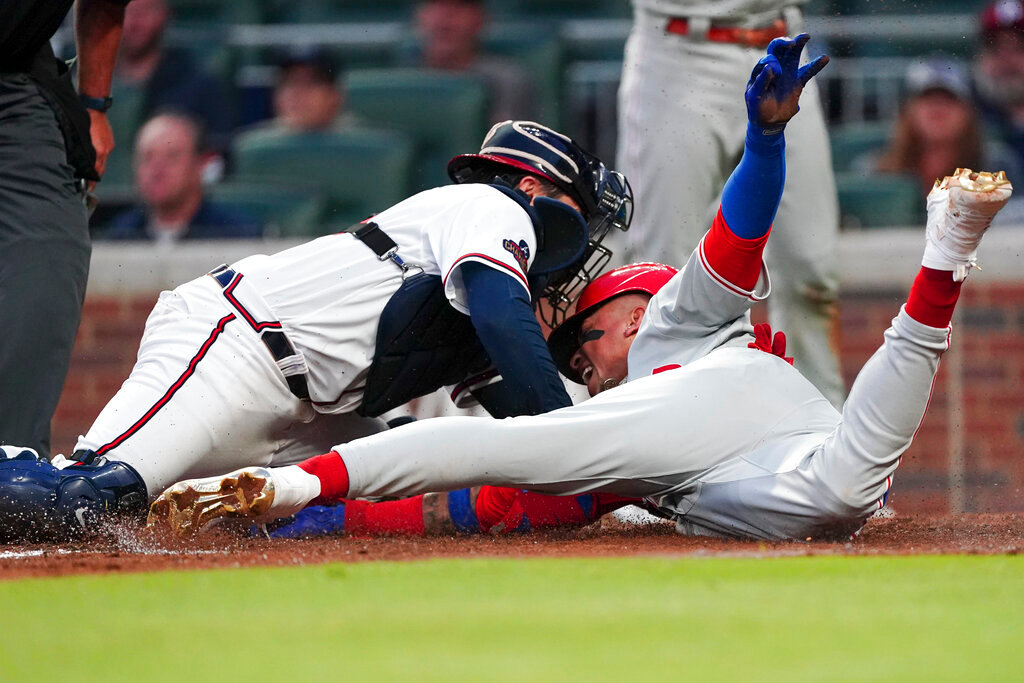 The teams began the day tied for second in the division, eight games out of the lead, and hadn’t met since Sept. 30 when the defending World Series champion Braves won to clinch their fourth consecutive NL East title.

Wheeler (3-3) improved to 3-0 with a 1.38 ERA with 40 strikeouts in his last five starts. Last year’s Cy Young Award runner-up has allowed two runs or less in four of them. Wheeler, who gave up eight hits and two runs with no walks, is 3-2 with a 1.79 ERA in six starts against Atlanta since the start of last season.

Kyle Schwarber walked to start the second and advanced on J.T. Realmuto’s single and Roman Quinn’s walk. Hoskins hit a gapper into right-center to clear the bases for a 3-0 lead. Of Hoskins’ 35 hits this season, 16 have been for extra bases.

The Phillies padded the lead in the third with three more runs for a 6-0 lead on Realmuto’s RBI triple and Quinn’s two-run double. Atlanta starter Tucker Davidson (1-1) was charged with four hits, five runs and four walks in 2 2/3 innings. An RBI single by Jean Segura made it 7-0 in the fourth.

Wheeler set down 11 in a row before Austin Riley doubled in the fifth and scored on Dansby Swanson’s single to trim the lead to 7-1. An RBI single by Riley in the seventh made it 7-2.

Among all pitchers with at least 45 innings against a single opponent since the start of 2020, Wheeler began the game with a 1.75 ERA against Atlanta that ranks second in the majors to St. Louis’ Adam Wainwright, who has a 0.55 ERA against Pittsburgh.

Quinn easily threw out William Contreras from center field on a two-hopper at the plate in the first as Contreras tried to score from second on Marcell Ozuna’s single. Wheeler struck out Matt Olson with a runner at third to end the inning.

Atlanta’s Ozzie Albies RBI single tacked on a run in the eighth off Connor Brogdon to make it 7-3.

Phillies closer Corey Knebel faced the minimum in the ninth in a non-save situation.