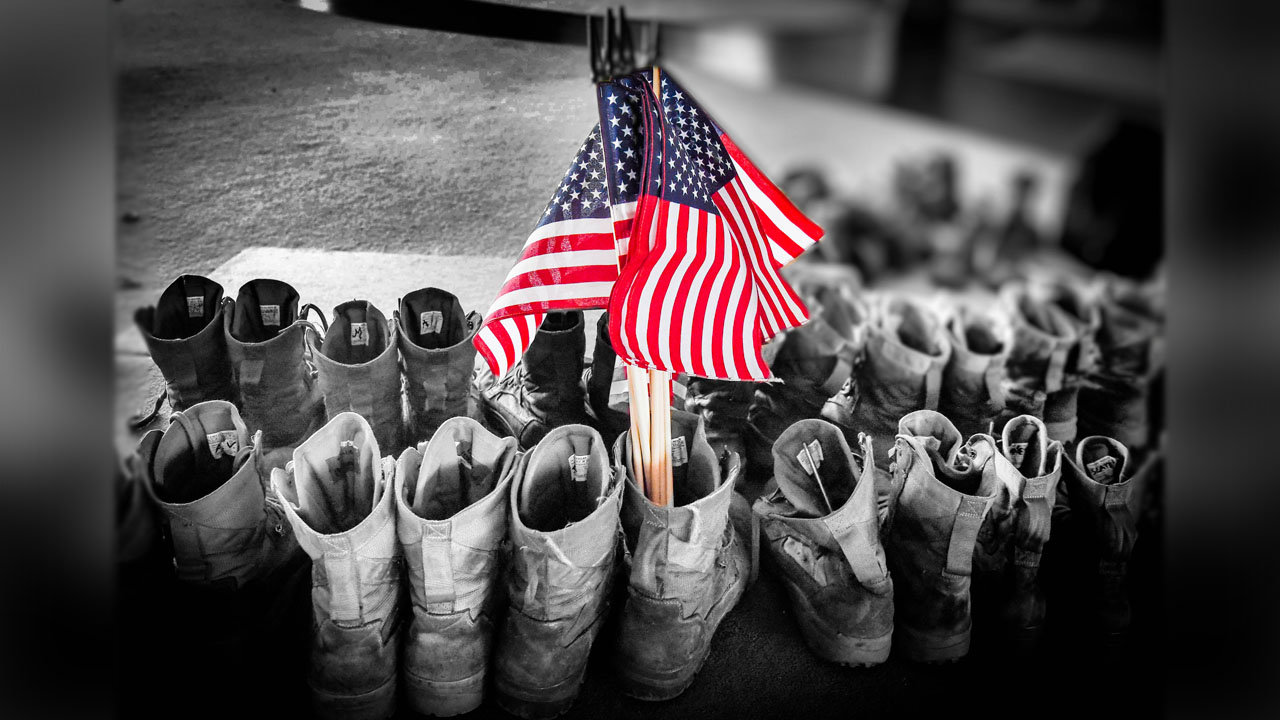 NASHVILLE (BP) — As I raised my right hand the morning of Sept. 7, 2001, and once again took the oath to support and defend the Constitution of the United States against all enemies, foreign and domestic, I was hopeful that rejoining the military would help get my life straightened up. The previous months, after separation from active duty in the Marine Corps, had left me in a tailspin trying to transition back into civilian life. And like many young men and women who leave the military, we can lose our way.

The anniversary of 9/11 serves as a time to pause and remember the thousands of lives lost and the families impacted by the acts of radical Islamic terrorists. 9/11 also serves as a time to honor the heroic sacrifice of our first responders who rushed to Ground Zero, the Pentagon, or a field in Pennsylvania.

For me, 9/11 is also an annual reminder of how our sovereign and loving God used that evil attack to draw me unto Himself, reveal to me His Son, and change my life and eternity forever.

Little did any of us expect the tragic events of that day now 19 years ago. But we must never forget.

When I saw that second plane hit the South Tower of the World Trade Center, I knew it was no accident, that an enemy had struck us on American soil, and that I was going to be deployed again.

Getting orders to Germany that fall was exciting and the training stressful. As a former Marine sergeant now in an activated Army National Guard unit, I was given leadership responsibility for a squad of men – none of whom had prior active duty service or had deployed away from family before.

On the day we deployed, one of my soldiers was devastated when his wife of two years said she was leaving him and taking their baby daughter. This young man was beyond depressed, an emotional mess. While I could prepare him for a patrol, help him get in shape, or pass a uniform inspection, I had no idea how to help. So I took him to a chaplain.

Another soldier had a mental breakdown while on patrol, throwing down his loaded weapon and throwing an epic temper tantrum like a toddler denied a treat or toy in Target. It was my job to help him get it back together. We needed every man on the mission.

A little later, I received an urgent Red Cross message for an older soldier with three sons. My captain and I had to tell the soldier his oldest son had died, and that he had 30 days to go home and bury him before returning to the mission.

It was during these situations, when I felt utterly helpless, that I began to read the Bible someone had bought for me at a LifeWay store. I began in Ecclesiastes, where “nothing was new under the sun,” and “everything was vanity.” King Solomon had wasted his life on frivolous and fruitless fantasies. As a paycheck-to-paycheck partier, that resonated. I was a 26-year-old who had nothing to show for my life yet.

I kept reading through the minor prophets – which didn’t make a lot of sense to me – and then I got to the New Testament, where I encountered Jesus. This amazing figure in the Bible knew what was in a man’s heart, and His Words began soaking into my own.

The Word of God began captivating my thoughts, coming to life, providing wisdom and guidance for the situations I found myself in.

Then one day, after a long and loud cussing fight with one of my leaders, I was walking back to my barracks when I prayed, “God, my life is a mess. I am 4,000 miles away from home. If You are real I need You, and I need You now.”

Within a few minutes, I was approached by one of the outspoken Christians in my unit. He asked why I was crying and encouraged me as we walked. A few steps later, another Christian asked how I was doing.

Alone again in my barracks room, I continued to pray. Someone knocked on the door.

“Why are you here?” I asked a Christian who never came to my room.

“I felt like God wanted me to come check on you,” he said.

We talked for a few minutes, and when he left I realized the God of the universe had heard my cry, turned his attention toward me, and immediately answered my prayer. My knees hit the floor and I asked God to forgive me and take over my life. I realized He had not sent an angel nor performed some kind of supernatural sign to get my attention. He sent three of His servants at my deepest time of need.

Over the next six months, I read the Bible through three times, completed a couple of Bible studies, and soaked in the study of the Word.

That time after 9/11 was scary and stressful. There were so many uncertainties and insecurities about the world, our nation and our loved ones. There was so much grief, fear, and even anger. And there was hope that our great country would continue to stand united.

That time on deployment was exactly what I needed to escape my destructive choices and get alone with Him.

As Ecclesiastes 3 says, “There is a time for everything, and a season for every activity under the heavens.”

I will never forget 9/11. Even though the plans of evil men were carried out that day, God had a plan. Through that deployment, He saved a rotten sinner like me, pulled me up from “the miry clay and set my feet upon a rock,” the solid ground of the finished work of a risen Savior.