Would Jesus stand or kneel? 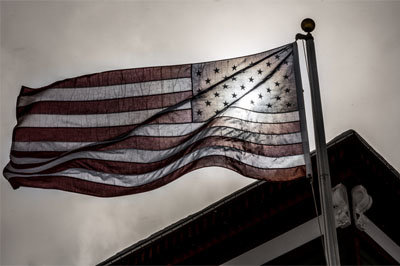 It has to be one or the other.

That’s what we’re always told. It has to be Coke or Pepsi, Ford or Chevy, Republican or Democrat, stand or kneel. There are no other options. To choose a third option is to condone the most evil of the only two real choices. And we call this freedom.

Even Jesus was told to pick a side. He had the wonderful privilege of choosing between the lifeless Sadducees and the graceless Pharisees. He had the wisdom to denounce both groups. He rejected the Pharisees with his welcoming call to, “all who are weary and heavy laden.” He rejected the Sadducees with his resurrection from the grave. Neither party, in their purest form, exists today.

We made it through the first two weeks of the NFL season without much controversy over people kneeling during the national anthem. Sure, some were still doing it and ESPN was still reporting on it but it was rapidly becoming a non-issue.

And then the President of the United States decided to share his opinion. The one who so many evangelical leaders have told us is, “God’s chosen man” called NFL players a name that I will not repeat here because of their refusal to stand during the national anthem. He did not, by the way, use such strong language toward the tiki torch mob in Charlottesville. Some of those were good people, remember? And then, the man who has told us that he has never needed to ask for forgiveness, lashed out at an outspoken Christian for refusing to visit the White House with his NBA championship team.

And, just like that, guess what dominated NFL coverage on Sunday. Can we just watch a game without the government getting involved? The president’s answer over the weekend was a resounding “No.”

For reasons that I’ll likely never understand, some Christians are okay with the president “telling it like it is” and cursing people who take a knee during the national anthem. The same group that stages silly protests against the IRS on Pulpit Freedom Sunday has no problem with that same government condemning protestors who land on a different end of the political spectrum than they do. The same group that rightly has a problem with President Obama’s tyrannical reach into the consciences of bakers has no problem whatsoever with President Trump’s tyrannical reach into the consciences of professional athletes.

I do not agree with kneeling during the anthem. I always stand and take my hat off and I teach my sons how and why they should do the same. I also teach them that those who refuse to stand have a right to do so and, whether we end up agreeing with them or not, if we’re ever going to get over our divisions, we would do well to listen to them rather than obey the marching orders handed down to us by the president and his talk radio spokespeople.

Jesus did not die for us so that we could pick a side in some ridiculous culture war. He rules over such things and his followers represent him best when they are motivated by the command to love God and love neighbor rather than the desire to tell it like it is and stick it to the folks on the other side.

It can be so much fun to tell it like it is and stick it to the folks on the other side.

It’s just too bad that so few people, including the president, see how it is destroying the fabric of our nation and the credibility of the Christian witness.

The voices on both sides are loud.

Yet over all of them there is the still small voice that spoke creation into existence, sent Satan away in the wilderness, calmed the winds and the waves, and will one day strike down the nations and rule them with an iron rod.

We would be wise to listen to that voice.

Because one day soon there will be no Coke or Pepsi, Ford or Chevy, Republicans or Democrats, and standing or kneeling during the national anthem.

There will still be Jesus however and he’ll still be doing just fine.

So you do have a choice.

But there are more than two options.