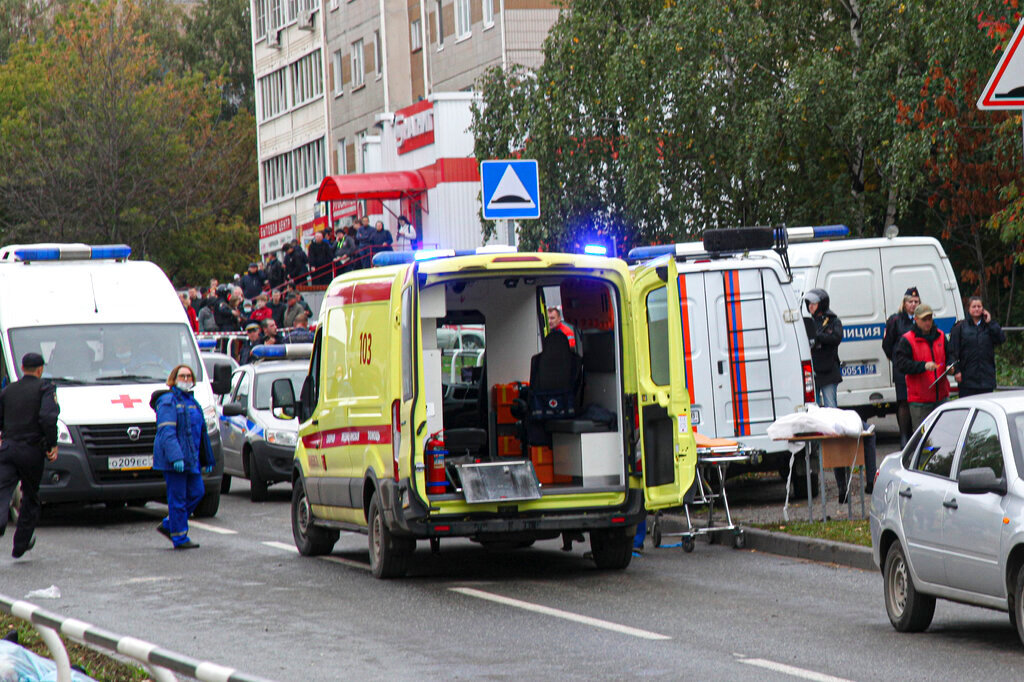 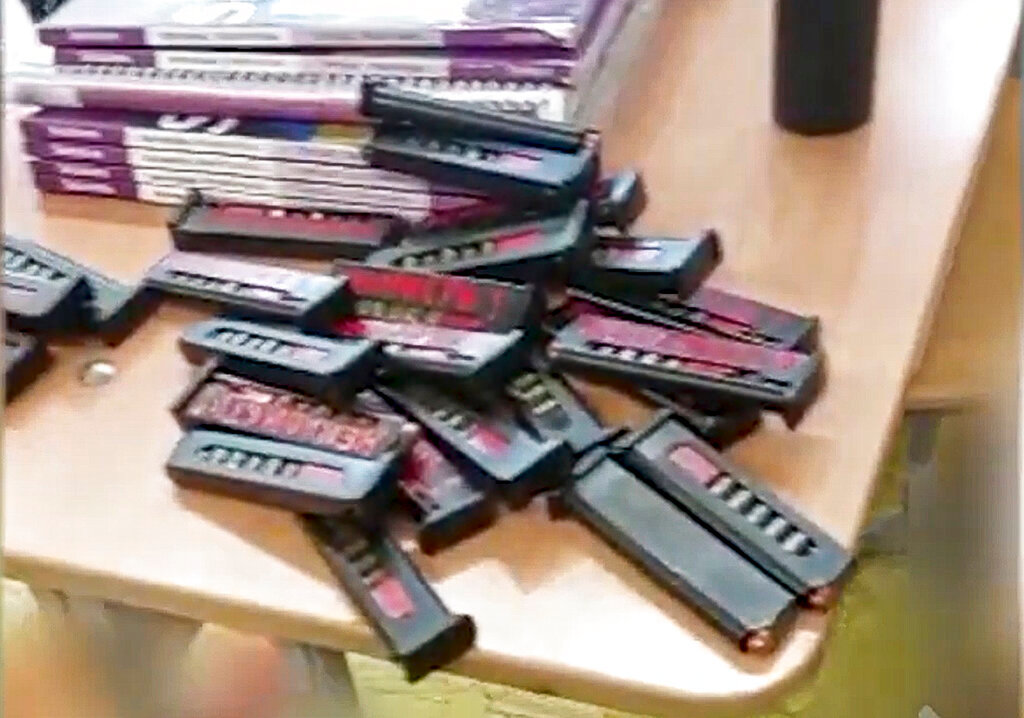 Ammunition is seen on a table at the scene of a shooting at school No. 88 in Izhevsk, Russia, Monday, Sept. 26, 2022. (Russian Investigative Committee via AP) 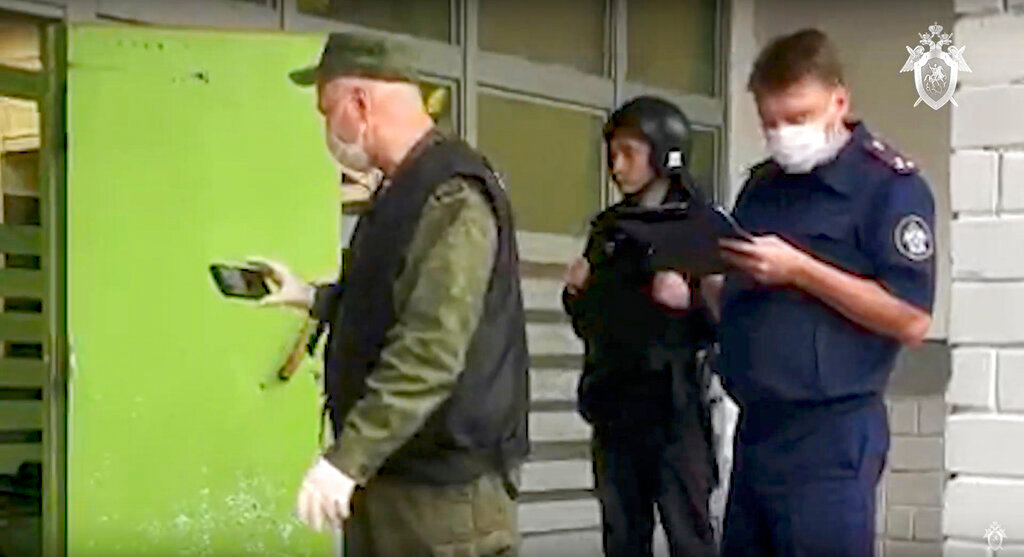 MOSCOW (AP) — A gunman opened fire in a school in central Russia on Monday, killing 13 people and wounding 23 others before shooting himself dead, authorities said.

The shooting took place in School No. 88 in Izhevsk, a city 600 miles east of Moscow in the Udmurtia region.

Russia’s Investigative Committee identified the gunman as a 34-year-old graduate of the same school, and said he was wearing a black t-shirt bearing “Nazi symbols.” No details about his motives have been released.

The governor of Udmurtia, Alexander Brechalov, said the gunman, who he said was registered as a patient at a psychiatric facility, killed himself after the attack.

It was not clear how many children and adults were among the dead.

The school educates children between grades one and 11. It has been evacuated and the area around it has been cordoned off, the governor said.

Russia's National Guard said the gunman used two non-lethal handguns adapted to fire real bullets. The guns were not registered with the authorities.

Izhevsk, a city of 640,000, is located west of the Ural mountains in central Russia.